No one’s ever been more excited to play against the Cleveland Browns in NFL history than Nick Bosa was heading into tonight’s matchup. Based on these quotes, his preplanned sack celebration, him carrying around and planting the 49ers flag after the game, all of it was the actions of a man filled with pure, festering hatred. Which I respect immensely. Most of the people who hate Baker are talking heads who can’t do anything about it other than jump on every mistake he makes. Nick Bosa very much could and did do something about it. Repeatedly. 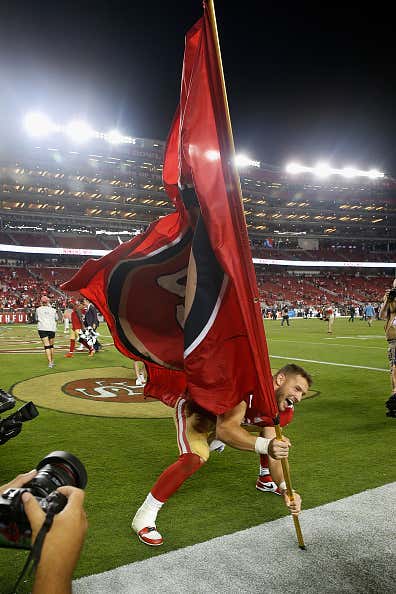 I like Baker Mayfield a lot, he talks a lot of shit, I believe he’s a solid quarterback. But he got his teeth kicked in tonight, and from this very one-sided interview it sounds like he didn’t have much to say back towards Bosa. I don’t know what he could have said, again due to the teeth kicking, but I highly doubt Nick Bosa is the only NFL player licking his chops waiting to put a hit on him. I can’t wait to see how Baker responds, both through the media and on the field. Luckily for him the Browns next two games are layups.