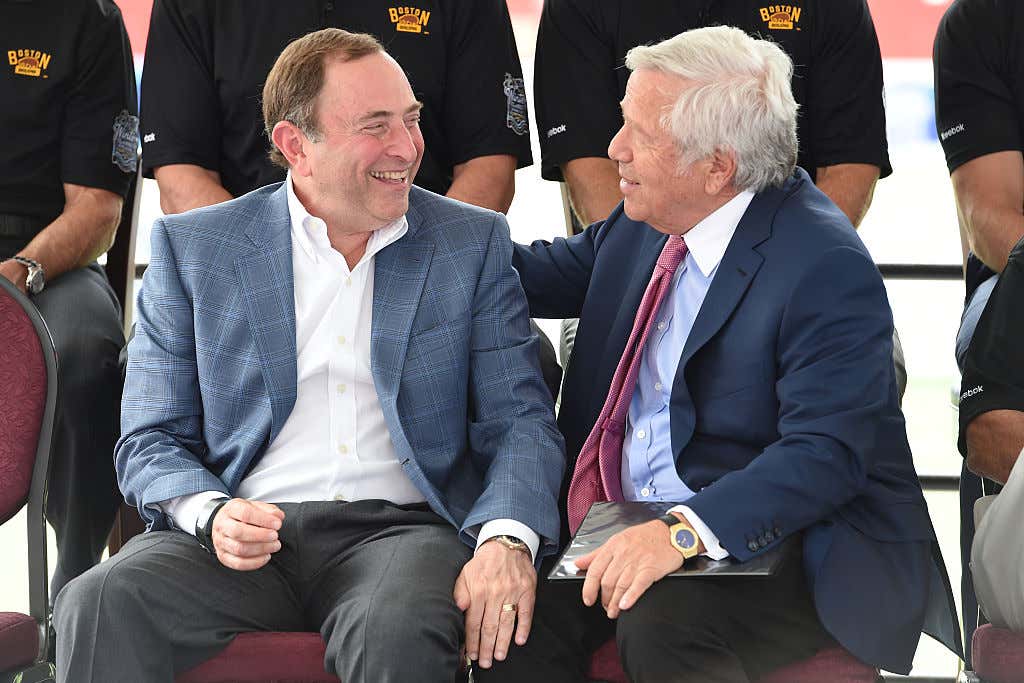 When I woke up this morning you can bet your ass I didn’t expect to be writing a blog about Robert Kraft buying the Ottawa Senators but here we are. Earlier today, Kraft’s (alleged) granddaughter, Kathryn, posted a photo to her Snapchat Story that would lead some to believe that her grandpa is ponying up some big bucks and buying the Ottawa Senators off of Eugene Melnyk.

For years now there have been rumors about Melnyk selling the team. From lawsuits to arena disputes, Melnyk’s time as the Senators owner has been a nightmare for the city of Ottawa. In December of 2018, Forbes had the Senators valued at around $435 million. My guess is if Kraft does end up buying the team, it would be somewhere around $500 million.

Let me just say if Robert Kraft is entering the hockey world there should be 30 other NHL franchises who are shitting themselves right now. What does Robert Kraft do? Win. That’s it. Krafty is a born winner and if he is about to be the new owner of the Ottawa Senators the lovely people of Ottawa, Ontario are soon about to becomes winners too. Also, the NHL is soon about to become a power house. With Kraft running the show at these owners meetings they’ll have a new TV deal in no time. The league will start PUMPING out money. Robert Kraft is good sports and he sure as shit would be GREAT for the NHL.

Who knows if this is even a real story and if Kraft even has a granddaughter named Kathryn, but holy shit this would be crazy if it was actually true.