Season 2 of “The Corp” with hosts Big Cat and Alex Rodriguez dropped a pair of new episodes today. The first was with television host and businessman Jim Cramer. While Cramer may have made millions of dollars off his success as a hedge fund manager, it was a unique grind for the 64-year-old to get to this point. And it all started by making a statement in the nosebleed seats at Philadelphia Phillies games:

Big Cat: Your first job was actually at a baseball stadium.

Jim Cramer: Yeah and I killed it. I killed it. I started with Coke. And I had the record against the Cardinals [selling drinks]. When they go extra innings, you’re going to crush it. And then I moved up to ice cream. Now get this, this is the way you play: it’s about monopoly. I paid every other vendor not to go up to the 700 level. I was the only ice cream guy.

Alex Rodriguez: How much?

Jim Cramer: I gave them a buck, nobody visits. I’m making 40, 50 bucks. And that was the secret. The secret was to pay off the other guys to stay away from my deck. And for a little buck, Jim got the 700’s. And that’s how I learned to call people on the show. Hey skip, hey chief. They chief-ed me all the time. I was always chief. So, I chief people. And I think it’s a term of endearment.

This is it, chief. As proven above, Jim Cramer always seemed to be two steps ahead of everyone else, even as a vendor selling ice cream. Just goes to show that there’s always an opportunity to stand out, no matter the environment.

It also goes to show that every concession worker has a story of their own. One that sticks out to me is this guy at Marlins games who would sell peanuts and just launch them two sections over. The cool part, though, is how the money would get transported. Instead of coming over and completing the transaction, he would show off his arm again and throw a tennis ball to the customer. There would be a little slit for you to stick your cash in and throw it right back. Wherever that guy is right now, I officially declare him in the “Stadium Concession Vendor Hall of Fame” along with Mr. Cramer. 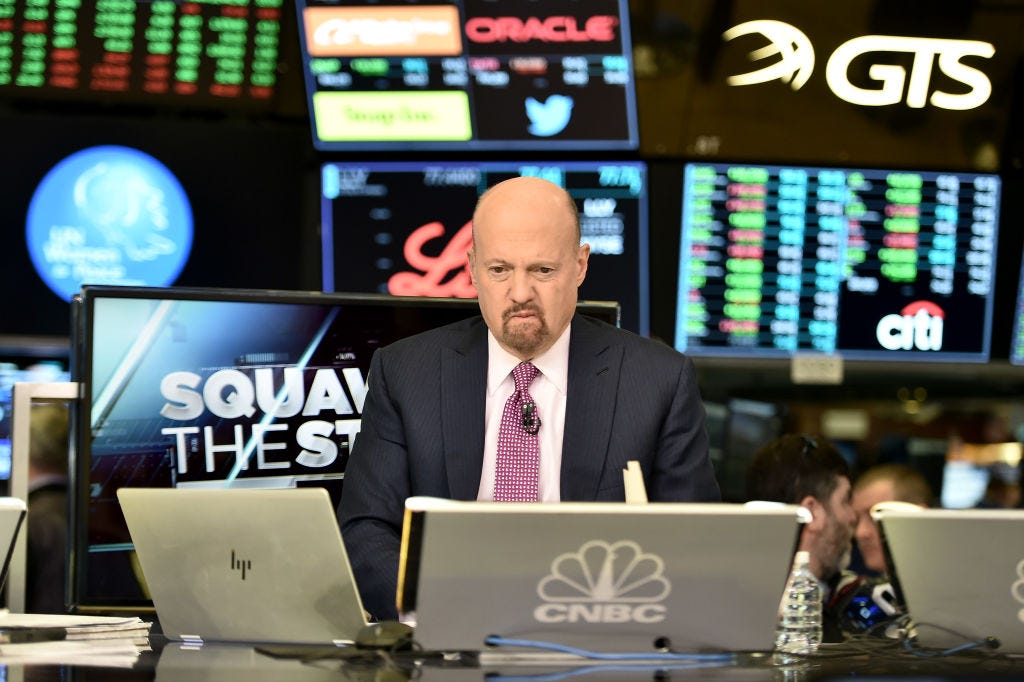