Obviously NFL football came back last week and we all consumed it like a junkie does that free first hit or I would an All You Can Eat Buffet. Relentlessly. The Red Zone Channel logo is still burned into all of our TVs and the spot in the couch where we sat for 12 hours is still indented. If you complained about football during the opening weekend of the season, you are either a grumpy asshole or a Dolphins fan. Watching football is like having sex. Even when it’s bad, it’s still better than nothing at all.

Speaking of bad football, it’s Thursday Night Football tonight which means people are probably going to bitch and moan when the quality of play falls off a cliff because the players are still recovering from the litany of car accident-level collisions their bodies took 4 days earlier. Hell, even last Thursday’s game was closer to a rock fight than a pro football game, but that was likely due to the Bears defense and Matt Nagy calling plays like he was the one that had Aaron Rodgers at quarterback instead of Mitch Trubisky. A Cam vs. Jameis game could be electric but it could just as easily be hot dogshit (no offense Steven Cheah).

Anyway, to combat the bellyaching we will be hearing on Twitter and the hot take TV shows if this game is anything less than a solid B, here are some ideas I came up with to make the viewing of the greatest game on Earth a little better.

1. Every Team Playing On Thursday Night Should Be As Well Rested As Possible

This seems like a no-brainer to me. Every team playing on TNF should have at the very least played an early home game the week before. Then once bye weeks start, every TNF matchup should be between two teams coming off of byes so they are both fresh as hell. The quality of play will be better, there will be no bye week advantage for one of the teams, and the chance of injury will go down substantially (not 100% sure about that last part but it seems like it’s probably right and sounded good in my head when I wrote it). All the NFL has to do is hire someone like Will Hunting to make this all work out and the whole Ugly Thursday Night Football thing will hopefully be a thing of the past sooner rather than later.

2. Every Arizona Cardinals Home Game Should Start At 5:00 PM ET 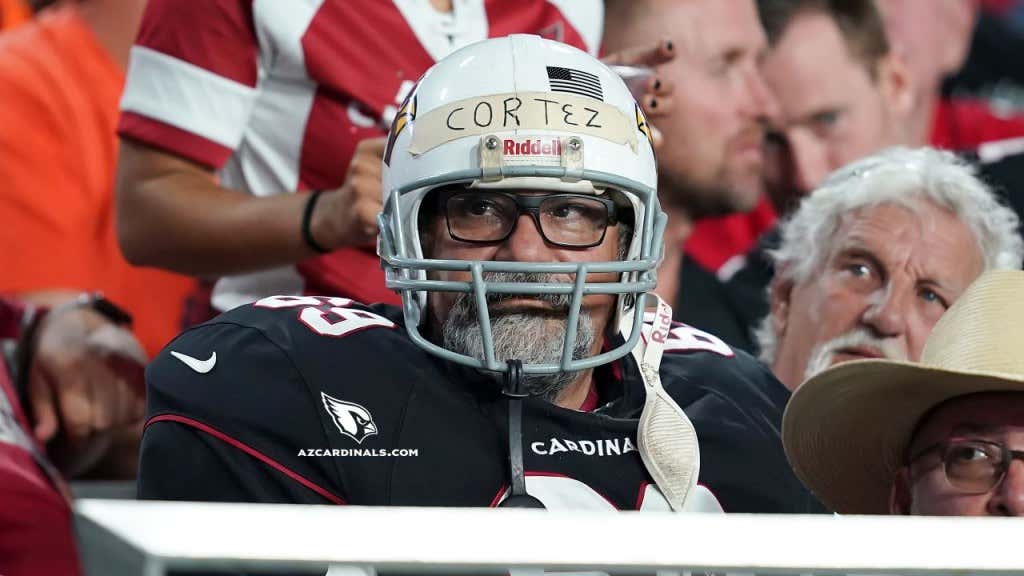 I didn’t think of this one until last Sunday at the end of the Lions-Cardinals game. But we should always have one straggler from the late games that ends later than the rest. This way it would eliminate that 20 minute period where you get football withdrawals before getting sucked alllll the way back in by Carrie Underwood, the SNF theme, and what should be the best game of the week.

I nominate the Cardinals to play this game for a few reasons. First off, the Cardinals feel like the right franchise to be a guinea pig for something like this because they are a team that just sort of floats along anonymously. I bet Cardinals fans forget they exist sometimes. However, if you give the Cards that weird 5 PM ET kickoff game, it gives them a little bit of an identity other than the team that ruined most of Larry Fitzgerald’s prime. It’s almost like how the MAC conference owned Tuesday nights with #MACtion or how the Blue Jays own the 7:07 first pitch because of the extra national anthem. Arizona already has some funky time zone stuff where part of it doesn’t observe daylight savings time or some shit, so they are already a bit different from some of the country when it comes to time in one way or another. Finally and most importantly Kyler Murray is a Cardinal. I don’t know if he is going to be good or not. But I do know he is going to be fun as fuck to watch running around and throwing bombs regardless of if Arizona is in a close game, up 10, or down 20.

That’s the kind of guy I want to lead me into Al, Chris, and the game I’ve been waiting all day for.

3. Speaking Of #MACtion, Just Give Us Tuesday Night Football. At Least For One Night 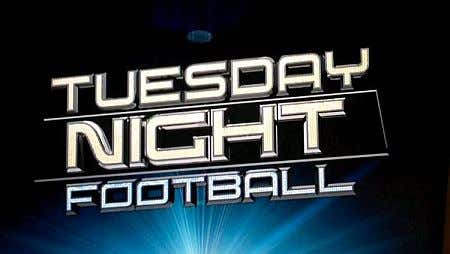 I don’t know how this is going to work with scheduling, rest, or avoiding playing when college football games are on. But just give us one Tuesday night game a year to see what it’s like. I would love if that late Monday Night Football game was on Tuesday since my washed up ass is too old to make it to even halftime. However, I think the NFL likes that doubleheader. So I settle with a random late season Tuesday night game right around the time those Saturday games start popping up.

4. Every London Game Should Be A Morning Game Before The 1 PM ET Games

I feel like London football games are a divisive subject around NFL fans. Some love them, some hate them, and some loathe them. I personally love them because they give me something to do during those endless 3 hours before the early Sunday kickoff. Usually I’m out doing errands to burn up any fantasy-related anxiety while also trying to accumulate brownie points as I make my wife a football widow once again.

To be honest, I don’t even care if the teams playing are good or not. I actually kinda prefer two shitty teams playing in London since it’s always a weird, ugly game on a field that is somehow still slippery more than 10 years after they started doing this nonsense. In fact, I believe that if you are a bad team, part of your punishment should be getting shipped to London for a game along with being in the pool of teams that may be picked to do Hard Knocks next year. You shouldn’t just get rewarded with a high draft pick for sucking the year before.

I don’t think the London NFL fans will care either as long as they can dress up like the mascot of one of the teams playing. 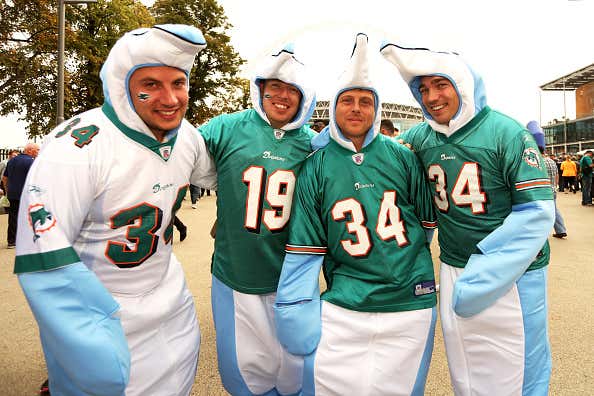 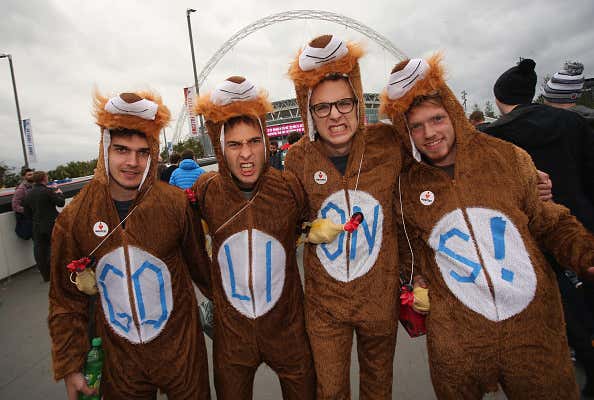 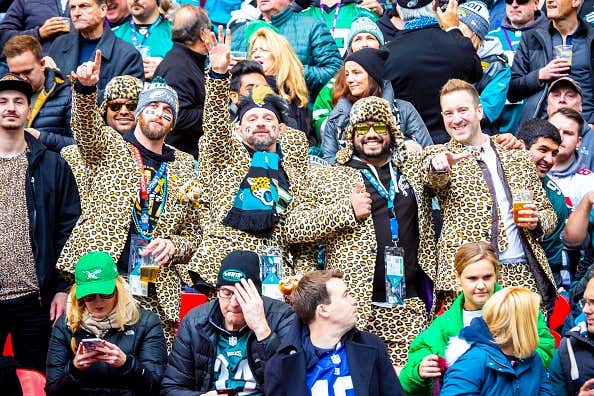 What a bunch of cheeky blokes on the other side of the pond, ay mate? Anyway, just make sure all the London games are played in that early morning slot and not in the middle of the day with all the regular games that don’t suck and look weird on TV because then you just watered down an NFL game for no reason other than to appease some Euros, which is against everything the NFL and America stand for.

5. Every Monday Night Football Game Should Have At Least 4 Decent Fantasy Football Players In It

I’ve been saying this for years and it was only hammered home during that awesome Texans-Saints game. Monday Night Football has lost a shit ton of luster since Sunday Night Football moved to ABC and became the crown jewel of the NFL week. The result is ESPN usually getting C+ games along with the occasional highlight like last season’s Chiefs-Rams game. Remember how incredible that was? Even if you do, here’s a refresher (sorry you have to click through to YouTube because Goodell is an asshole).

Anyway, that Texans-Saints game still would have been awesome to watch even without an incredible ending just because of all the good fantasy guys in it. Deshaun Watson, DeAndre Hopkins, Will Fuller When Healthy (that’s his full name now), Drew Brees, Alvin Kamara, Michael Thomas, and so on and so forth. The degenerate gamblers are always going to be interested because they have a sickness that needs to be fed and the real sports nuts like Ray Finkle will watch . But by loading up the MNF schedule with at the very least fun players if not good overall teams will ensure at least more people care because of their fantasy teams that nobody cares about.