Alright so apparently Jessica Simpson had to disable her Instagram comments because people were trolling her and yelling at her about her parenting skills when she let 8 year old daughter dye the end of her hair purple. Whatever, it doesn’t hurt anyone. That’s the thing I’ve learned as I’m getting ready for my kid to be born and see my friends with kids. People parent different. Don’t give a shit unless the kid is seriously being harmed or in trouble.

The thing is – I don’t care. I don’t care what Jessica Simpson does with her daughter because I choose to think of Jessica Simpson in another way. She was – at a time – in the argument for every guys No. 1. When this hit, there was a true argument if she was No. 1 for everyone that’s currently in our early-mid 30s.

She’s had a wild career. From music star to the ever loving TV show with her and Cincinnati legend Nick Lachey to putting on weight and battling that to becoming a rocket again. Just an unbelievable career. Let’s not forget the legendary flag bikini 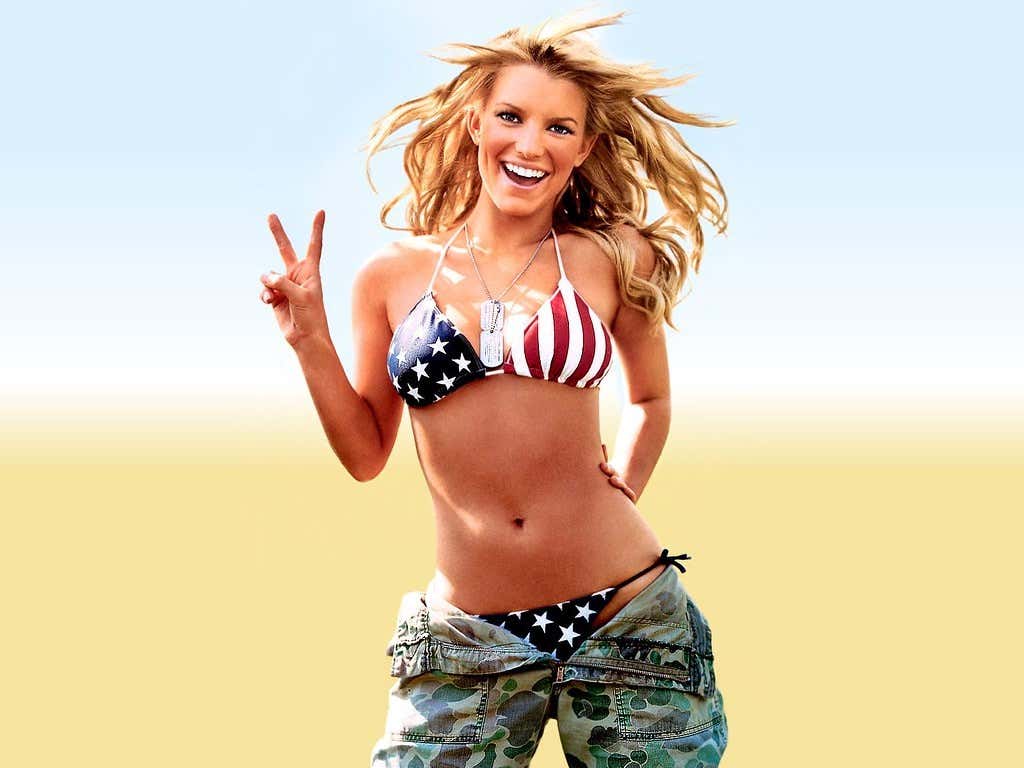 Trent put it perfectly in this blog back in the day. During 2015, we went back and forth with Jessica Simpson