There’s nothing worse than knowing you’re about to throw up in public and there’s nothing you can do about it. You can feel it in your throat. It’s not going back down. You can try to walk it off slowly and try to teleport anywhere else, but it ain’t happening. That’s what’s happening right in these screen grabs. Mini deep breaths. Figure this out bud. We’re a few games out of first, can’t be throwing up in the first inning. 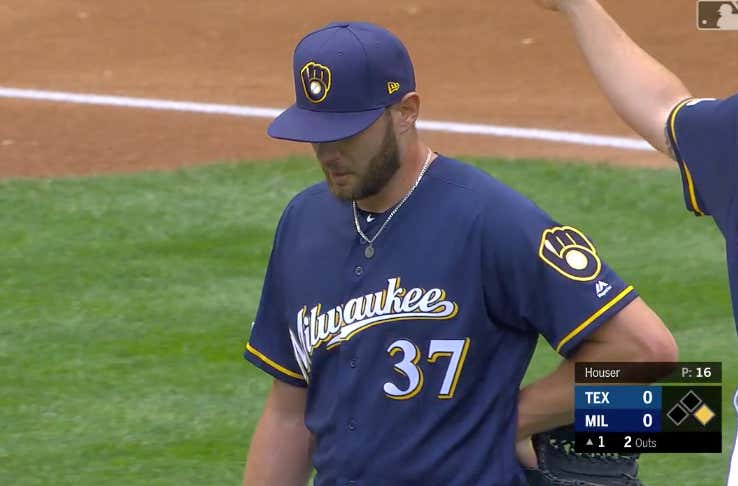 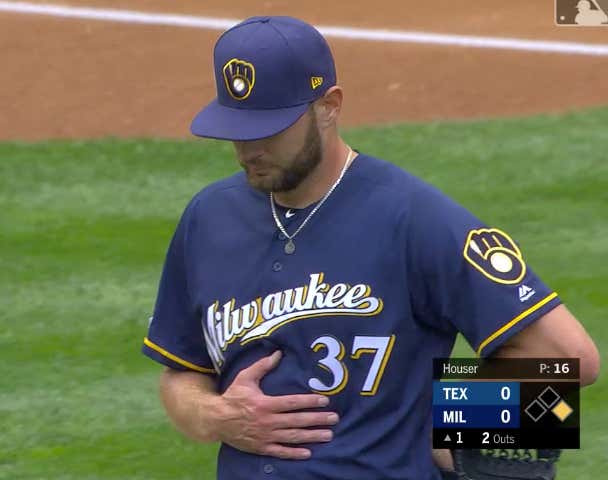 This scenario goes for most of us at the bar, a party or at someone’s house. Embarrassing yes, but not the end of the world. Go find a bathroom or a quiet spot and let it rip. This happened to me last week after a Jameson shot when I was told it’d be Fireball. Disaster.

Now picture yourself being on the mound of a Major League Baseball field on live TV while upwards of 35,000+ fans watch you in the stands. Yeah FUCK THAT.

The best part is that he went on to throw an incredible game given the circumstances. 6 innings, one run, three hits, 10 strikeouts. Pure domination.

And this isn’t the first time this has happened. Adrian Houser just loves puking during his games.

It does kind of make sense that he goes on to pitch well. There really is no better feeling in the world after throwing up. It’s the total reset of the human body. The fear and build up of throwing up SUCKS, but once it’s out of your system you feel incredible. You obviously have to possess the mental fortitude to refocus and pitch, but clearly Houser has that on lock down. There’s not many people out there with the composure this guy has.