The screen grab of the original video has about 30M views now on Twitter alone, and was allegedly uploaded by the abuser herself by mistake.

Listening to what YouTuber Booke Houts intended for the video, it sounds shitty even without what took place… Houts was going to plastic wrap a door & have her doberman, Sphinx, run into it.

Instead of that YouTube hilarity gold, we instead see clips where Houts is striking him, spitting in his face, and shouting at him.

There's also these quick moments where Sphinx doesn't do what she wants & she gets this look of pure hatred for him that hurts my heart for the pup. Not great. Not great at all.

As YouTube circuses tend to go, lots of people have weighed in, including her ex boyfriend who was truly enlightening and absolutely 100% from Florida in a way you could tell immediately.

"First of all, and most importantly in this dog abuse story, she came to my house once and did not shower even though we gave her shower stuff!!!!"

I just finished watching Idiocracy again & feel like everyone involved in this fits the narrative. 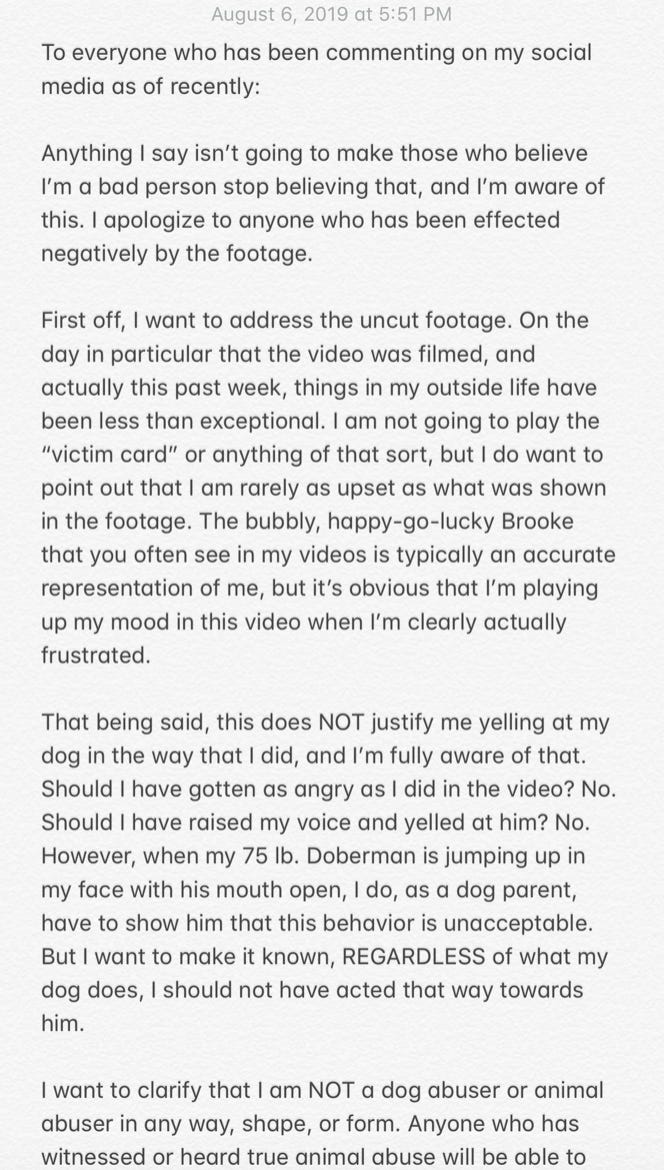 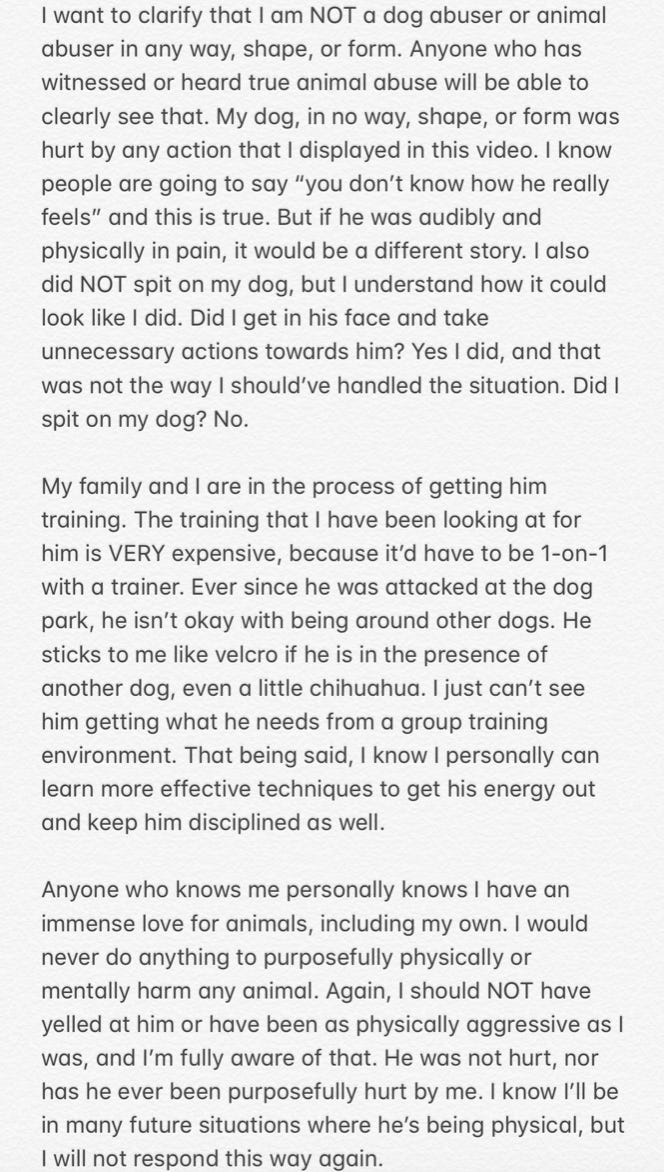 Sometimes after a night of drinking my anxiety is through the roof thinking I accidentally posted me doing something weird (ok, this happens all the time) that I'd need to delete. This is a whole other level… To work so hard to gain a following (she has over 300K subscribers on YouTube) & then get viral treating your dog like shit…. Oy.

Back to the heart of the story - treating animals with dignity & respect - I reached out to our resident canine handler, Uncle Chaps, & asked him to watch the video and share his thoughts:

It's certainly abuse. It's abuse even on a military working dog level. Pain manipulation is one method of training but not like that. The training of a dog is best achieved when there is mutual respect and love from the dog and the handler. As a dog trainer and a trainer of students, my first lesson was to always just feed your dog, walk him, and play with him the first week. Establish that good things com from you. Ruining rapport leaves you with only fear as a training technique, and that ends with a dog who is either mean, depressed, or has no drive to complete tasks for you. Love is the ultimate chew toy for dogs. They'll do anything for you once you show them that you care and protect them.

Love is the ultimate chew toy, folks. Don't be like Houts.