So this is the newest Twitter trend going- you text your “number neighbor”, the person whose number is 1 away from yours, and then post the results on your Twitter. I’m sure it started out with good intentions, but now it is without a doubt the most fake thing going. But the internet is full of dumb dumb idiot brains, so you make one up and everyone believes it. And that’s fine too, like, honestly at the end of the day who cares, but this one is too far. Nick has to be in on it, like when he scripted this, there’s no way he thought the internet would actually believe it. But alas…they did. 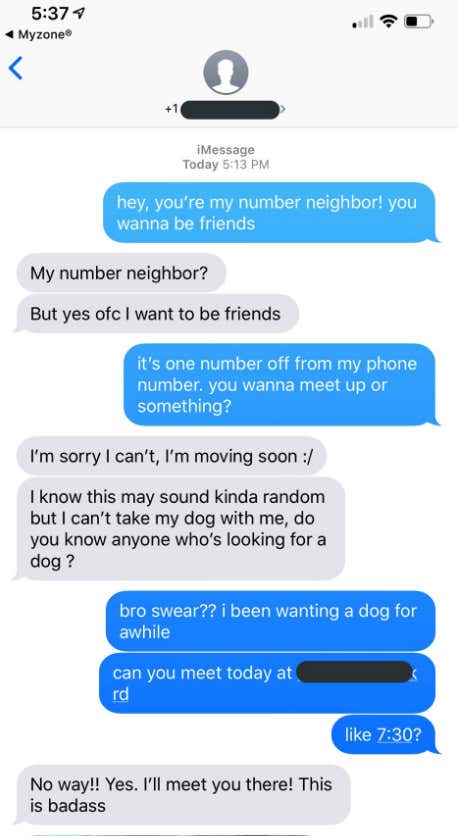 Give me a fucking break. If you believe this I have a show called Nate at Night to sell you for the low low price of 5 million dollars.

“Hate to let her go but you seem like the right person to give her to :)” is the FAKEST thing I have EVER read. I imagine Nick was cracking up when typing these fake texts, but…let’s continue…. 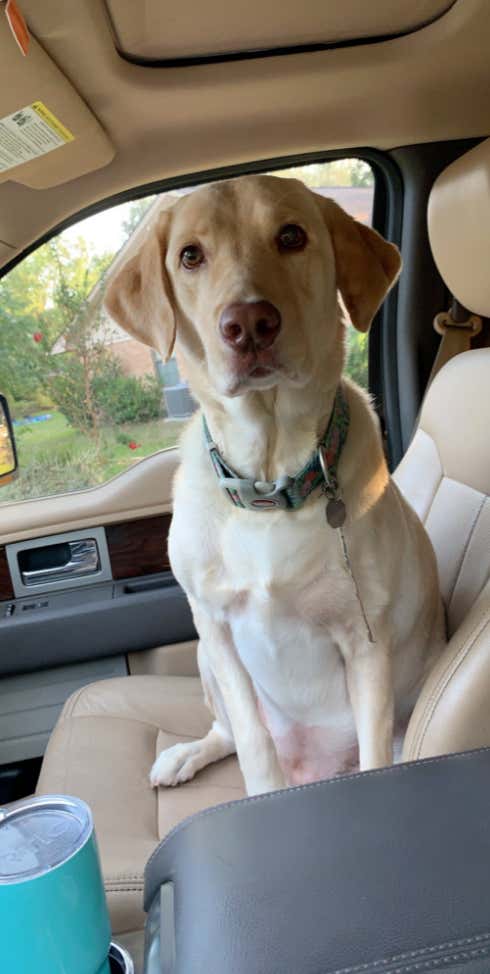 He picked up the dog! He fed it ice bones! What a great story!

This thing is picking up a thousand likes a minute. The internet is full of bozos. And what do you know….. 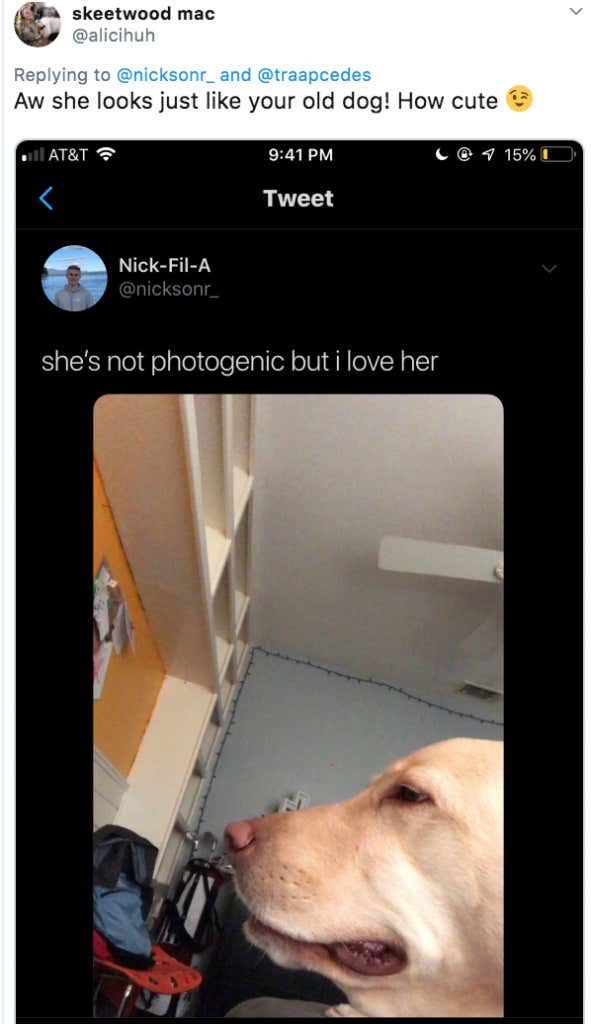 Hahaha, it’s really that easy. The internet is a stupid place full of stupid people that is making the world dumber and dumber by the minute. If only that asteroid smoked us the other week, then we wouldn’t have ever seen this one: