Some people like to picture Jesus in a Tuxedo T-shirt, ’cause it says, like, ‘I wanna be formal, but I’m here to party, too.’ And they like to party, so they like their Jesus to party… Understandable.

Personally, I like to picture Jesus crushing at mini golf (in a Tuxedo T-shirt). His ball would probably roll right over any traps, he'd have the ability to turn water into transfusions on the course, and his dad would be able to fix the game; endless secret mulligans.

If that does happen to be the case, there's a place he can play now.

Putts are joining prayers at Britain’s Rochester Cathedral, where a mini-golf course has been installed inside the medieval house of worship. The course runs along the central nave and features nine holes designed like bridges. It’s intended to teach young people about engineering and also has spiritual overtones. Rev. Rachel Phillips, the cathedral’s Canon for Mission and Growth, said it’s hoped “visitors will reflect on the bridges that need to be built in their own lives and in our world today.” The course is open throughout August, though not when services are held. Not everyone is thrilled with the addition to the cathedral 30 miles (50 kilometers) southeast of London, parts of which are almost 1,000 years old.

Now you can get a hole in one, but some people still only want you to be holy in one. (Ehh, ehhh?!) Basically, it's unsurprising, but for every person near the Rochester Cathedral who was excited about this, a Sad Sack Sam has popped up to decry it: 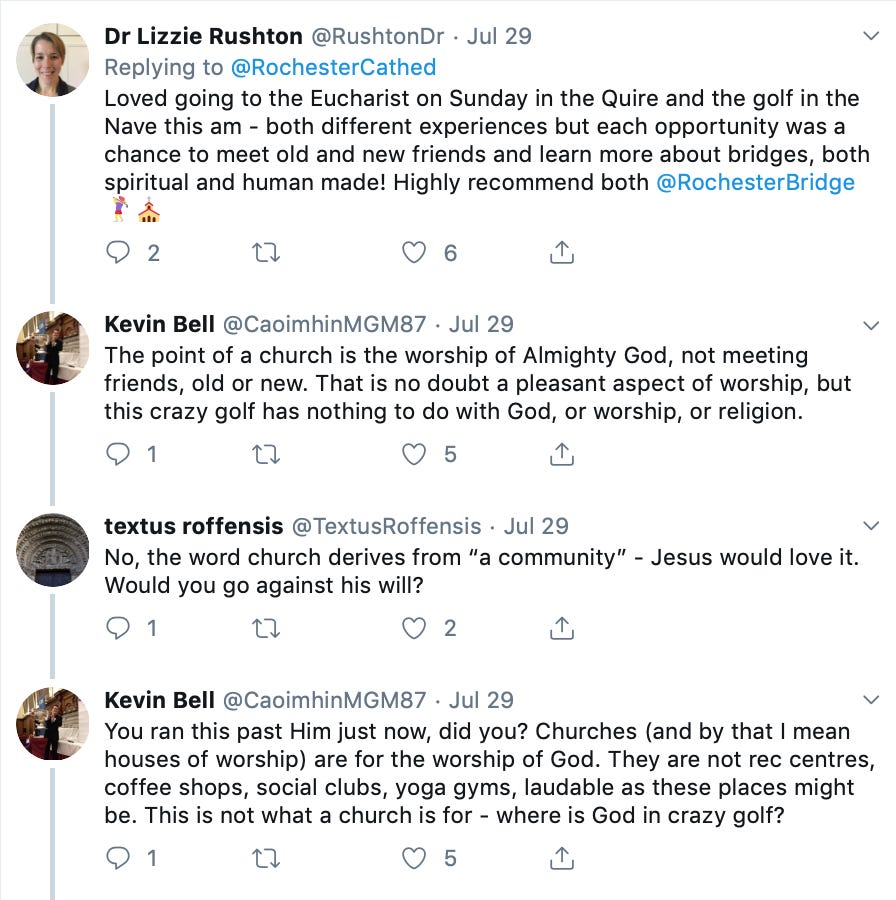 (Worth noting, Kevin's bio lists him as "a Yankees fan". Go figure.) 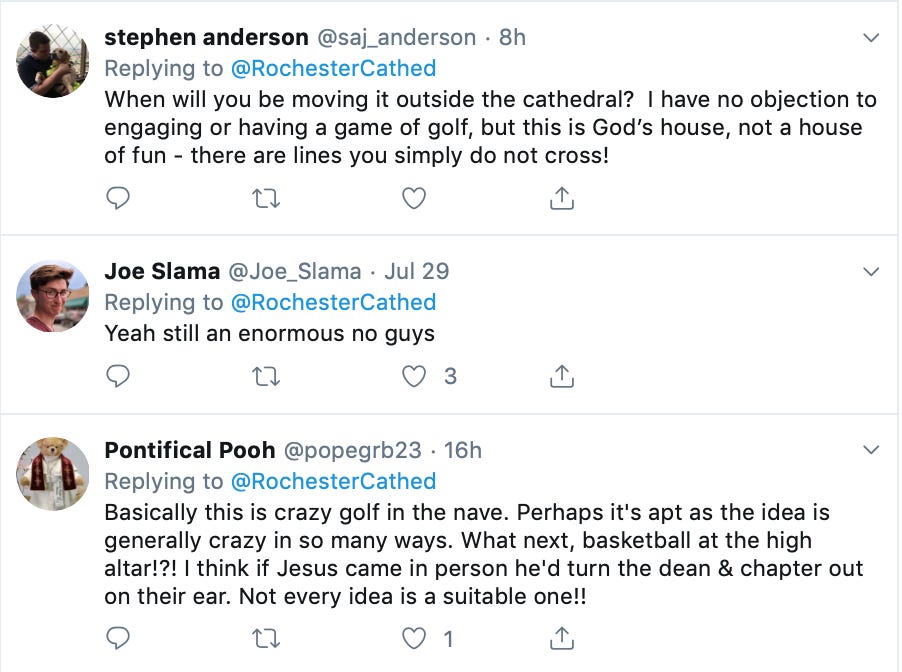 I mean… What's next…? Basketball on the altar?! Badminton in the sacristy?! Cornhole'in the altar boys?!

On top of endless comments like the ones above, there are op-eds in the papers accusing church leadership of turning these religious centers into "fun fairs" instead of what they should be… cold, sterile, snooze-fests.

The Rochester Cathedral took to social media to add that everyone should "just calm the fuck down, it's not that big of a deal", or something along those lines:

Personally I think anyone complaining is the worst. Do they not remember Sister Act I? How when Whoopi came in to spice things up it reeled in the crowds?

This place has been around since 604AD so I doubt a kid swinging a putter too hard will bring Christianity to its knees. Maybe.

The course is up & running until the end of August so if you find yourself across the pond near Rochester, check it out. After that September ushers in uh, Knife Angel SZN there. 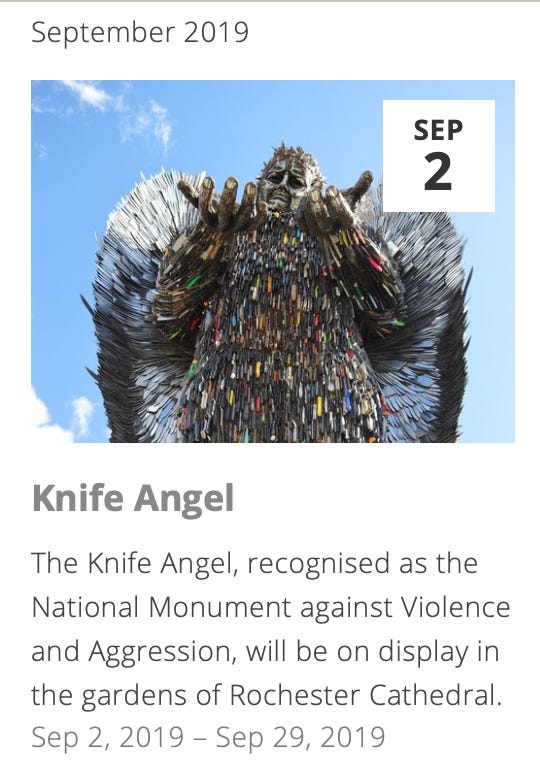