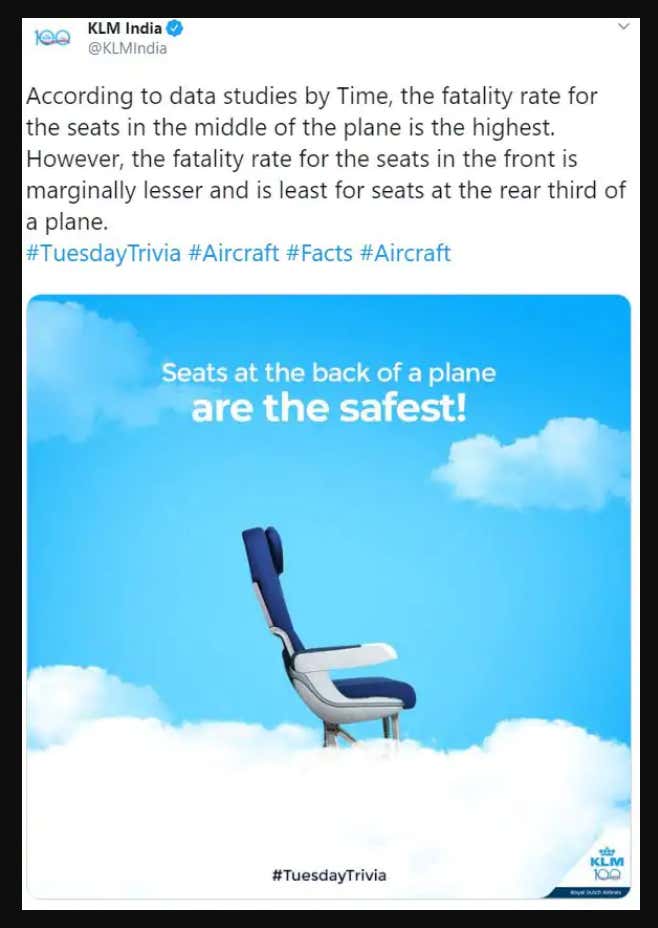 Tuesday Trivia! I love Tuesday Trivia! Thank you KLM for this fun little piece of trivia. As it turns out, if you pick a seat in the middle of the plane, your ass is grass, my friend. Sure you might think you picked a pretty prime seat, 22A, so you can look out the window and see the rolling landscapes, but jokes on you. The people sitting a row in front of the toilet might have to smell baby shit for 5 hours, but at least when the plane snaps in half, they are surviving on 30 year old Dharma beer until the rescue boat comes. 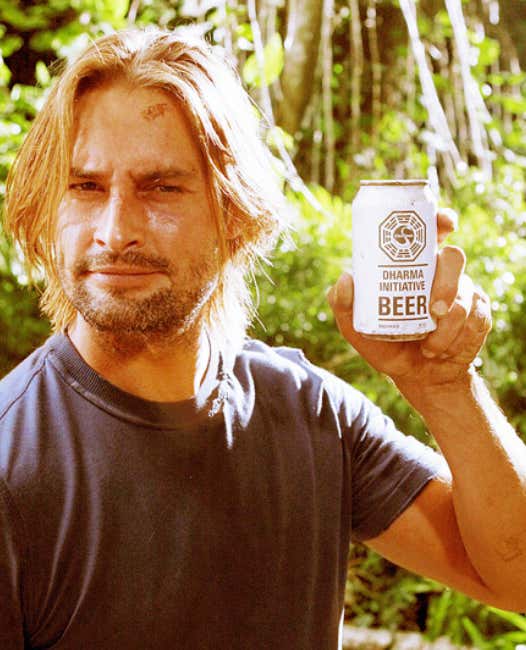 I love the tweet because not only did someone write it and get it approved in the worst broken English possible, they did it as a fun fact..and had someone whip up a photoshop of a seat sitting on the clouds. And don’t forget the hashtag, always be branding! 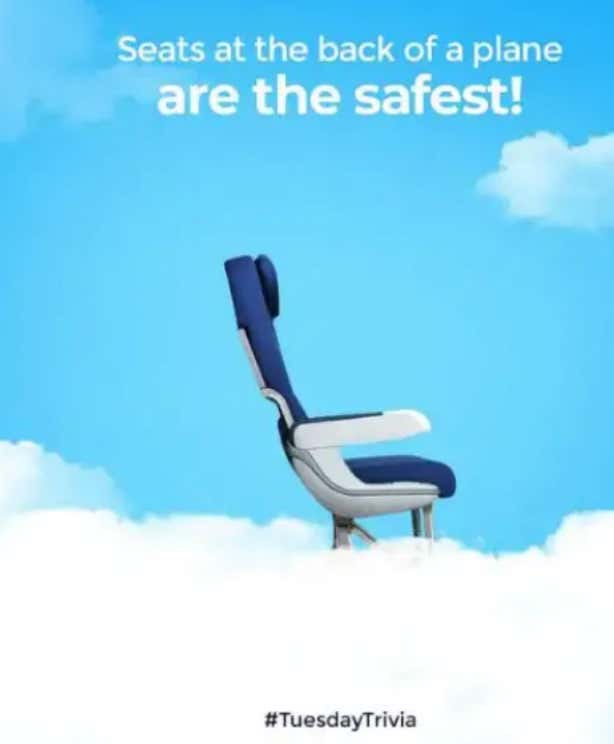 I gotta say though, as eerie as it is for an airline to tweet out where passengers are less likely to die, it is quite informative. I like that they are saying “sure the back might stink, but at least you won’t die when we plunge into the sea, unlike those rich snobs sitting in the front of the plane”. Kinda makes the poor people feel good about themselves, ya know?

Needless to say, they deleted it and apologized. But at least we all learned a little something. #TuesdayTrivia, you dogs, you did it again!

PS: I’m going to rewatch LOST. Such a great show for a few seasons. It gets messy in the middle, but those first few seasons are so, so good.