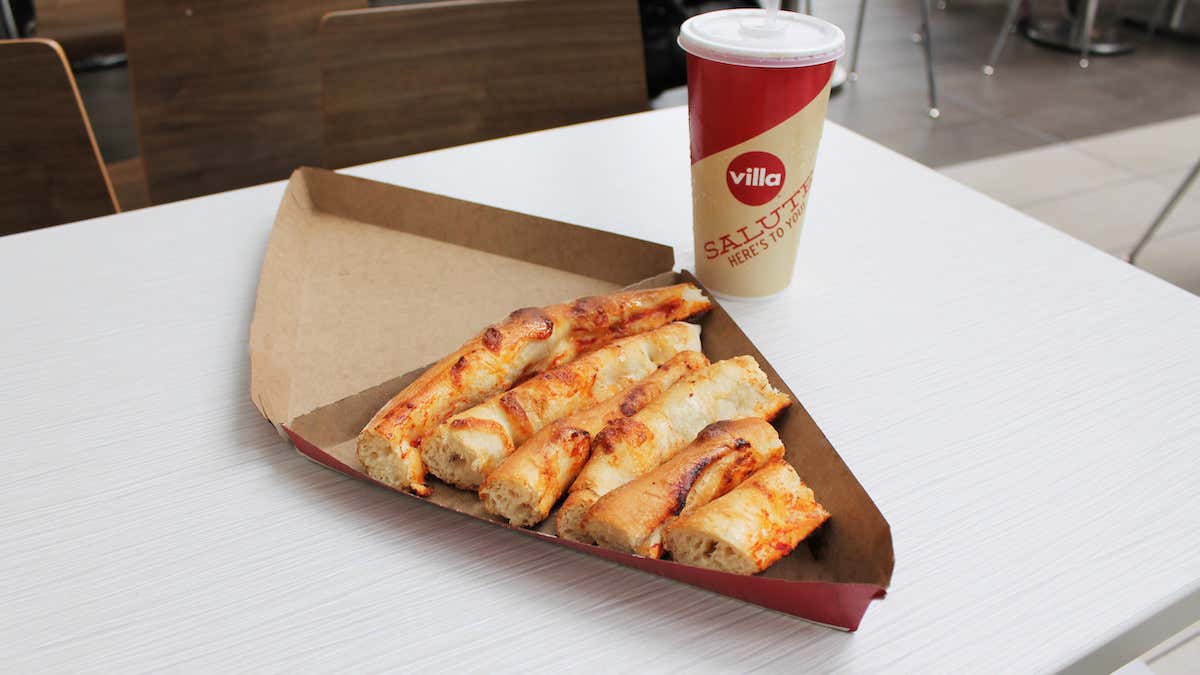 Fox29 – One restaurant is getting the attention of carb-lovers everywhere.

The restaurant said in a news release that it is proud to offer “a tasty solution” for crust enthusiasts with the launch of “Just the Crust” of its Neapolitan pizzas.

Okay so first of all, I wasn’t born yesterday and I understand that this is just a cheap marketing trick. You come up with some “whacky and zany” idea, get all the blogs to write about you, people will talk about “just the crust” pizza for the rest of the week, and then everybody moves on. Yeah yeah yeah I get that I’m playing right into their hands right now.

But that’s besides the point. Because there are very few things in this world that are more disrespectful than the people out there who don’t eat the crust of their pizza. It’s downright shameful and there is no excuse for such behavior. Oh what’s that? You’re trying to watch your carbs? Buddy….if you’re looking to be healthy then why the hell are you eating pizza in the first place? I feel like people who say they don’t eat the crust because they’re watching their carbs are strictly doing it for the attention and just to lie to themselves about being healthy.

And what’s so fucked up about it is say that you’re sharing a pizza pie with someone. There are typically, what, like 8 slices to a pie? So you–a normal functioning human being that doesn’t act like a total heathen whenever presented the opportunity–are eating your slices like an adult and eating the crust along with them. So you get about 2 slices in and your hunger is feeling pretty satisfied. But your jackass pizza partner over there is strictly eating the sauce and cheese portion of the slice, and ditching the crust in the box. Not only are they “finishing” each slice faster than you are, but the lack of crust is leading them to remain hungrier for longer. So all of a sudden, you see 4 crusts in the box and this son of a bitch is about to reach back into the box for a 5th slice because you’ve only eaten 2 and you’re slowing down. Now this mother fucker is about to have 5 slices to your 3, but they’re not even eating 5 full slices because they “don’t like the crust”. Uhhhhh hey, dickwad. Nobody asked you if you like crust or not. The fact of the matter is that if you’re splitting a pizza pie with somebody, it goes 4 slices each. Just because you’re only eating 2/3 of each slice and ditching the crust doesn’t mean that you get to have another slice added to your possession. IT IS PREPOSTEROUS.

So anyway. Yeah. I mean “Just The Crust” is also a terrible idea because crust is nothing but a breadstick if it’s not attached to the pizza. Maybe they could stuff it with cheese and then it would be like those little pizza sticks that they used to serve in school cafeterias. But I’m all for people doing whatever they can to stick it to all the crust haters in the world so as dumb as this idea is, at least I respect it. Plus there will be no New York Flop, which is an added bonus.