After three months of looking at a pothole, Frank Sereno had enough.

“The asphalt is completely degraded,” he said. “It’s just a symptom of our deteriorating road conditions.”

He said he has called about the pothole several times. Enough times that he decided it was time to try something new: a birthday party.

Oh how the times have changed! Rosa Parks sat in the front of the bus. King marched on Washington. The colonists dumped tea into the harbor. And now we’ve got the next great protest: eating cake with a 3 month old pothole. Gandhi wouldn’t have taken a bite of this cake, but this revolutionist had everything from a #3 candle to a red, white, and blue layered pastry to symbolize that this is AMERICA and we have the freedom to protest like this.

I actually do respect the creativity out of this guy. He said he’s called in multiple times to complain about the pothole, and nothing has been done. So he had to find a new avenue to express his frustration, and I do think he came up with a pretty funny idea. Unfortunately, I feel as if he’s making a mountain out of a really small molehill here. Where’s the pothole?? It certainly can’t be that half inch drop-off in asphalt that the cake is sitting in? 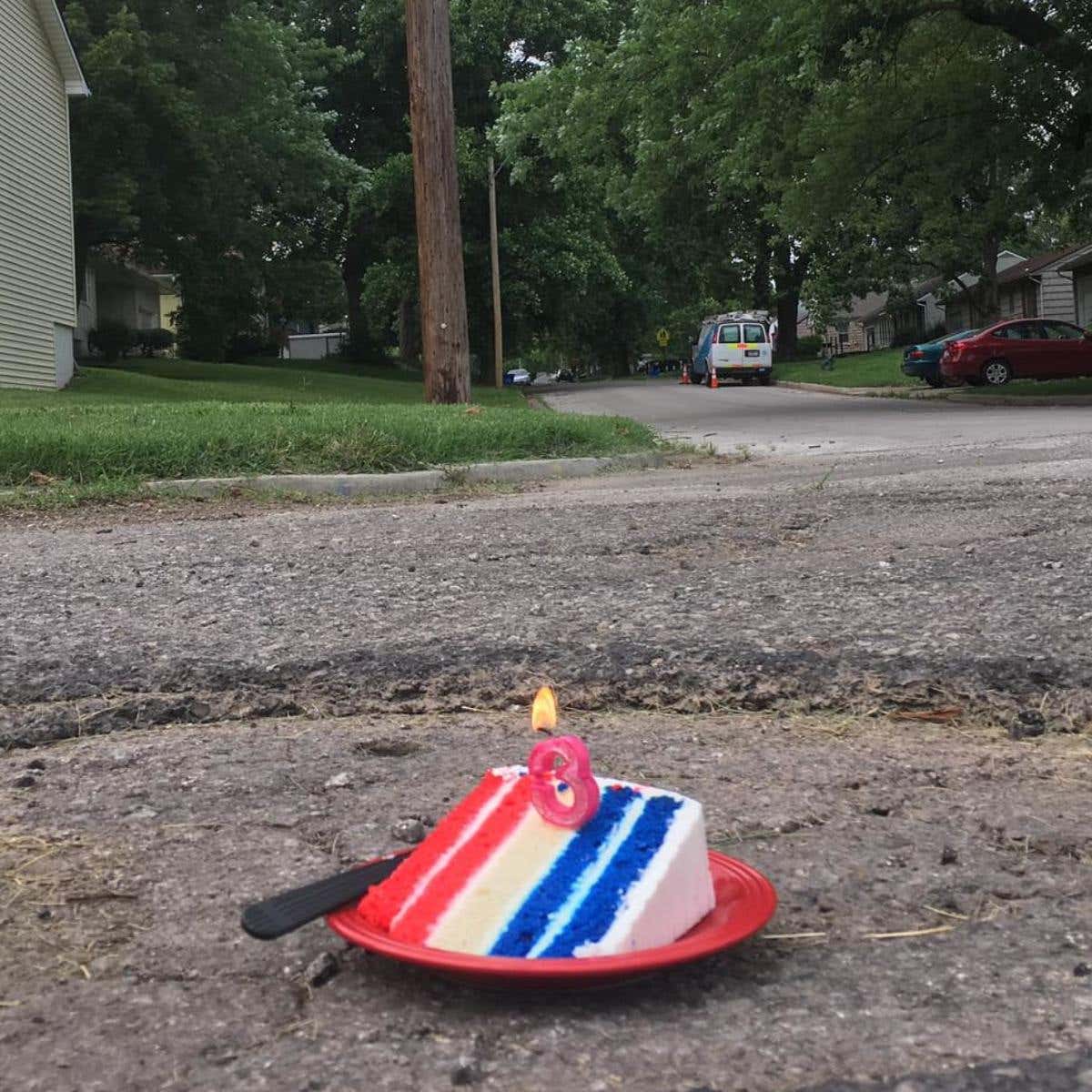 Bro that is not a pothole. I had to put on my reading glasses to even see what you were talking about. This is nothing more than a tiny divot. You’re crying because that has been there for 3 months? In Columbus, we have potholes that are old enough to drink. You can come swim in one if you want. This pothole wouldn’t even mess with your car. You could literally ride a bicycle over this and not worry about it. I thought we were dealing with the next great protester here, but apparently we’re just dealing with the next big baby.