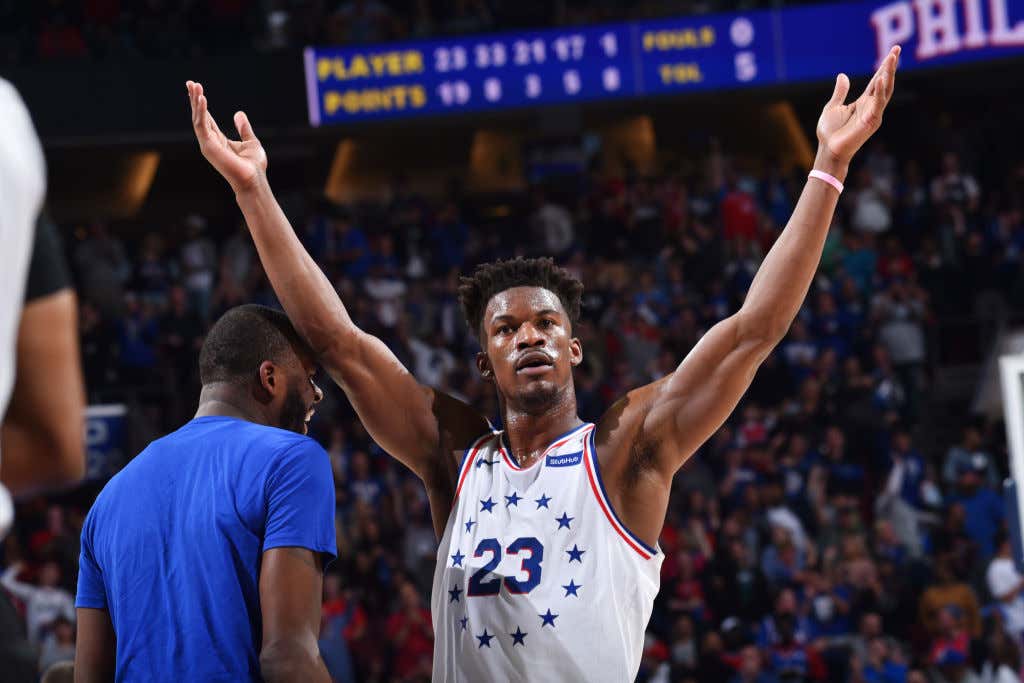 Okay so by now I’m sure that everybody has seen the Woj report that the Rockets are trying to get Jimmy Butler out of Philly via a sign-and-trade. Anybody with at least half a brain could tell you how disastrous that would end up being. The Rockets have one of the most toxic locker room cultures in the league right now, and it’s not like Jimmy Butler has this reputation of being a super patient and accommodating teammate who also doesn’t mind not having the ball in his hands a ton. I mean as far as worst possible situations for Jimmy Butler to end up in, the Houston Rockets would be right up there at the top.

But this is the NBA offseason we’re talking about. Rationale and reason serve no purpose here. The NBA offseason is about chaos and it’s about drama. So with that being the case…you simply can’t rule the Houston Rockets out of the scenario regardless of how disastrous that situation would end up. The Sixers can offer him the most amount of money. The Sixers can also offer him the ability to continue playing for a team that can contend right now without running the risk of everything blowing the fuck up by Christmas. It clearly makes the most amount of sense for everybody to just run it back and have Jimmy Butts stay in Philly. But again, this is the NBA offseason and the chance to see a team consisting of James Harden, Jimmy Butler and Chris Paul is the exact type of drama that drives this league.

So all I’m saying to the Rockets right now is to just simply fuck right off. That’s all you have to do. Assess the situation, think about all of the possible outcomes, take a few steps back, and just go fuck yourself. Simple as that. Seems pretty easy to me. Seems way less complicated than any sign-and-trade would be. All you have to do is realize that the best course of action here would be to go fuck yourself, and then everybody else can go about the rest of their offseason in peace. You know that Jimmy Butler wouldn’t work out in Houston. You have to know that in the bottom of your heart. So stop lying to yourselves and just fuck off.

P.P.S. – Biggest issue right now for the Sixers is going to be convincing Jimmy Butler to stick with basketball instead of focusing on futbol with Neymar.