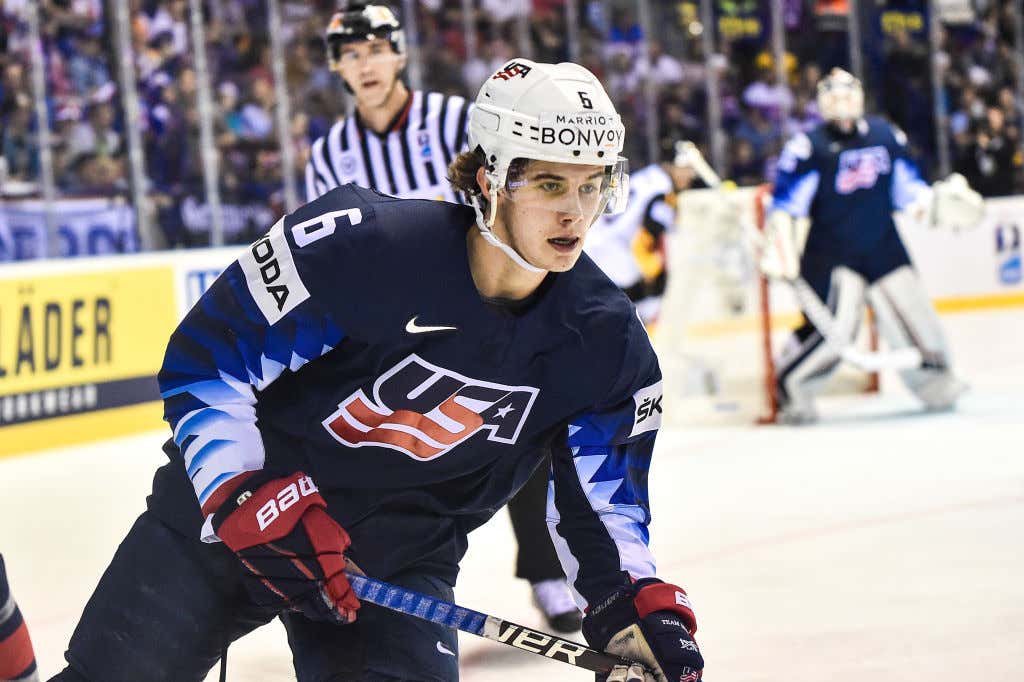 Well, folks, tonight is the night. The 2019 NHL Entry Draft is here. And with the 1st pick of the 2019 NHL Draft, the New Jersey Devils will select Jack Hughes from the USNDT. Which is…unfortunate, too say the least.

I mean there is nothing more heartbreaking than to see such an incredible young talent put in a position where they won’t be able to succeed. Just think about Jesse Puljujarvi and everything that kid is going through right now. He had so much potential heading into his draft and look at him now. The Edmonton Oilers have ruined that kid. I bet if you ask him right now about the biggest regret of his hockey career so far, he’d say it was getting drafted to Edmonton. And I just don’t want to see that be the case for Jack Hughes in a few years with the New Jersey Devils.

You look at what that franchise has done over the last few years. They traded for Taylor Hall. They traded for Sami Vatanen. They have Cory Schneider. They got the 1st overall pick in 2017 and took Nico Hischier. And yet they still only have one Stanley Cup Playoff game win since losing in the 2012 Final. Do you really want to see Jack Hughes waste some of the best years of his career there? Do you really want to send this kid to live in Newark, NJ to have a year with Taylor Hall before he leaves in free agency next summer? All I’m saying is that it’s just a terrible situation for Jack to wind up in.

Which is exactly why he would be incredibly justified to pull an Eric Lindros at the draft tonight. For those of you who don’t recall, Eric Lindros was selected 1st overall in the 1991 NHL Draft by the Quebec Nordiques. But Lindros knew that the situation there was a dismal one. He had said in the time leading up to the draft that he had no intentions on ever playing for Quebec, but they drafted him anyway. He didn’t even put on the jersey as he walked up to the podium after getting drafted, and he sat out until Quebec was able to find a trade for him. Lindros eventually ended up on the Philadelphia Flyers where he was the most dominant player in the world for a few years, won the Hart Trophy in 1995, and took the Flyers to the Cup Final in 1997. Sure, he never won the Cup himself and head injuries plagued his career and ended it short. But he still had a few years where he was able to live up to all the potential around him when he was first drafted.

So should Jack Hughes refuse to play for the Devils and wait to play in the NHL until the team is able to facilitate a trade to the Philadelphia Flyers? It just makes sense. The Flyers can send Voracek, Hagg, and a pick over to New Jersey. And then New Jersey can do the right thing, care about this kid’s future, and send him to an organization that won’t be losing their best player next summer and have to pretty much start from scratch again. If the Devils have a heart, they’ll understand the decision. Call Chuck Fletcher. Make it happen.