It was the first weekend of electric scooters in Chicago. We’ve covered a little bit of the lead up on Barstool Chicago as I wrote about it here and Carl wrote about here.

Ex-Mayoral candidate Bob Fioretti weighing in here like the apocalypse is upon us and to be honest he may not be wrong.

I guess what’s happening is people are riding them out of boundaries and when that happens they automatically start to shut down. So this makes sense. A crew of people were headed out somewhere and then they flew too close to the sun. Now, I don’t know why they wouldn’t just go put them back in a stand rather than get charged a shit ton of money by ditching them by a garbage can, but hey that’s not my problem.

Here we have more of the same: 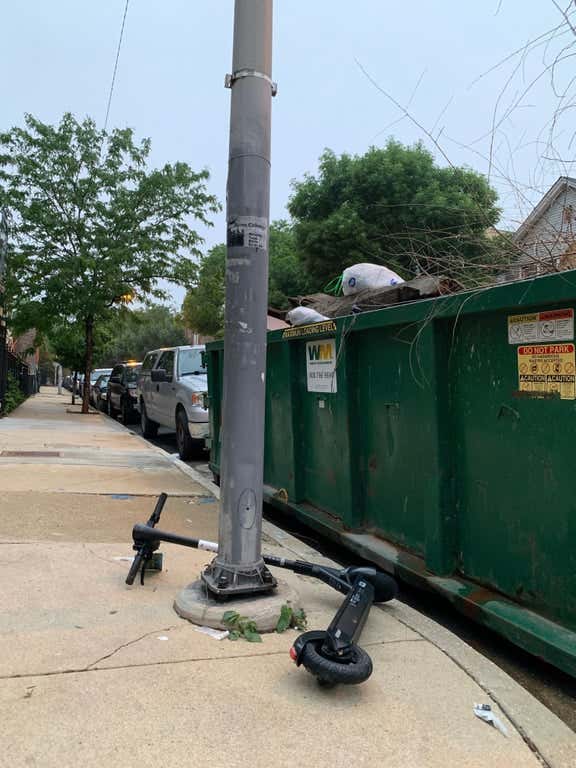 I don’t know what’s with these things being left by trash collecting bins, but I do wonder if Garbage Man Joe and the boys are just going to start throwing these out without thinking twice?

This one may not be abandoned, but it was on the Chicago reddit and someone pointed out it had a seat so I’m tossing it in the blog: 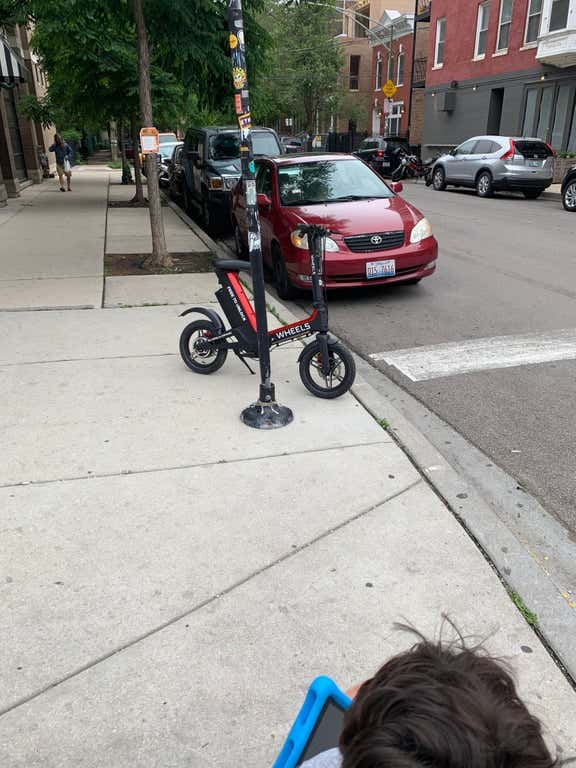 But, here’s where things start to get a little hairy. The malicious intent is clear and the destruction starts to begin: 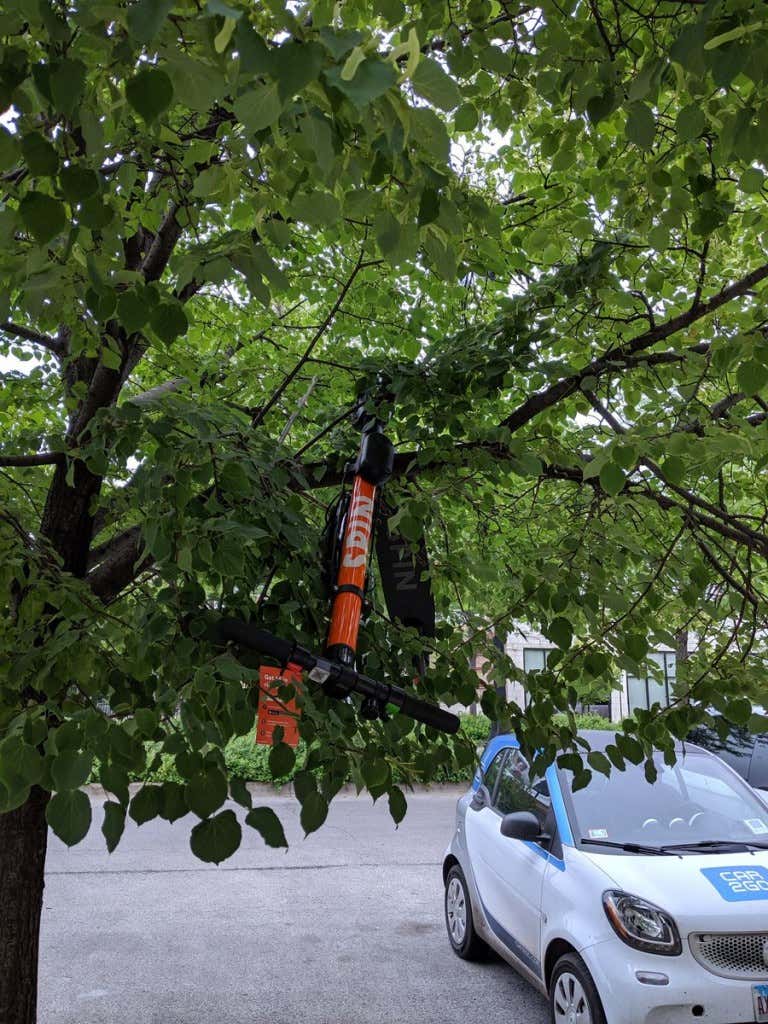 A scooter just dangling from a tree. You just hate to see it. Not even in the city for a weekend before some wise guy decides to hurl the poor thing up there. Truly just suffering the same fate as an RC car that’s on its back and can’t get upright.

Finally, we have our most predictable one:

The thefts. You knew someone would try and press their luck by snatching a couple of these and trying to sell them. Northwest Indiana Pawn Shops for sure already have a set aside budget for how many of these bad boys they’re going to be buying.

That’s it for today. I’m sure once we get used to them this kind of stuff will start happening less and less.

JK…just wait for it to get actually warm out.

Apparently they stop charging you whenever you stop using it?

So that means these things are just going to be thrown around wherever the hell people want on random corners?

How the hell did anyone think that’s a good idea?