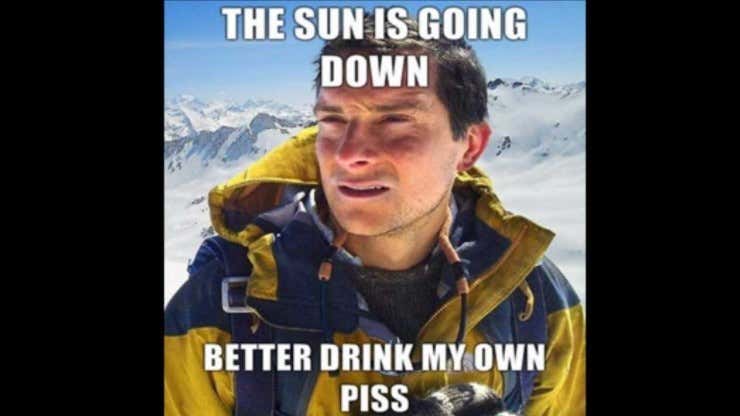 Source – A small group of people in Colorado are drinking their own urine, insisting the practice has demonstrative health benefits. But the experts remain unconvinced.

The Urine Therapy of Colorado meetup group hosts monthly gatherings at the public library in Boulder for people to explore, learn about and support others drinking urine or using it as a topical treatment.

Christopher Macor said he began using it when he said no other creams or ointments helped his eczema on his hands. He says the moment he began soaking them in his urine, his eczema went away.

“It’s the fluid of your body that’s being given to you,” Macor told KUSA.

Another member said she has been using urine to treat ailments since 1983.

Macor said urine therapy dates back some 4,000 years and is called Shivambhu. The group points to a book “Healing Water From Within” by Boulder resident Brother Sage as proof.

“This works,” said Macor. “If you just shift your perception about it.”

But medical experts says there isn’t any scientific evidence of medical benefits from urine therapy. Dr. Comilla Sasson told KUSA that urine isn’t sterile and “could be harmful” because of the bacteria.

I don’t mean to come off as disrespectful to the 4,000 year tradition of Shivambhu or to Brother Sage, who I’m sure is a brilliant scientist in his own right. But let’s call a spade a spade here, shall we? When you sign on with a group that calls itself Urine Therapy, you’re not going to get objective, analytical, scientific data about the affects urine on your health. Any more than if you go to the Milk Council to find out about dairy, OPEC to get the skinny on fossil fuels or the NRA to learn about guns. You pretty much join Urine Therapy expecting to find people with a pre-existing, pro-urine bias.

So let’s all be adults about this and let these people admit they are into piss. I’m not saying there’s anything wrong with that. Or to put it another way, I am saying there is something very, very wrong about it. But to each his own. But let’s not believe for one hot second that it cleans up anyone’s eczema or goes well with Chai tea as an important part of their nutritious breakfast. But I do believe that anyone who goes to those meetings is really, really into Golden Showers. Which is what they signed up for. And that’s fine. Which is to say, the furthest thing from fine. I don’t judge. Until I do. Because you’re into piss.

Which nobody should be. Don’t take my word for it. Ask Roy Munson:

So you’ll excuse me if I’m sticking to the advice of Dr. Comilla Sasson and the Odor Eaters Bowling Championship runner up tell me. Not to mention thousands upon thousands of years of human civilization have taught me. That pee is bad and people who drink it are fucking disgusting weirdos. If I’m ever in a survival situation and the options are drinking my own piss or dying, I’m taking the horrible, dehydrated death and meeting my Maker without pee breath, thankyouverymuch.

Now if the government in Colorado could just keep an eye on these freaks before they form a Feces Therapy group, that’d be great.

P.S. Bear Grylls turning out to be a total fraud is one of great shattered illusions of my life and one I may never recover from.