So last night the Raptors won the NBA title. You know this. Duh. But, did you know that people ACTUALLY think DeMar DeRozan should get an honorary ring. Here’s just a small example 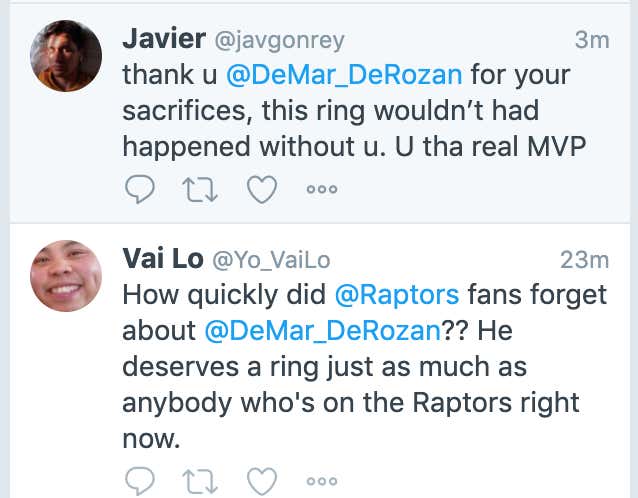 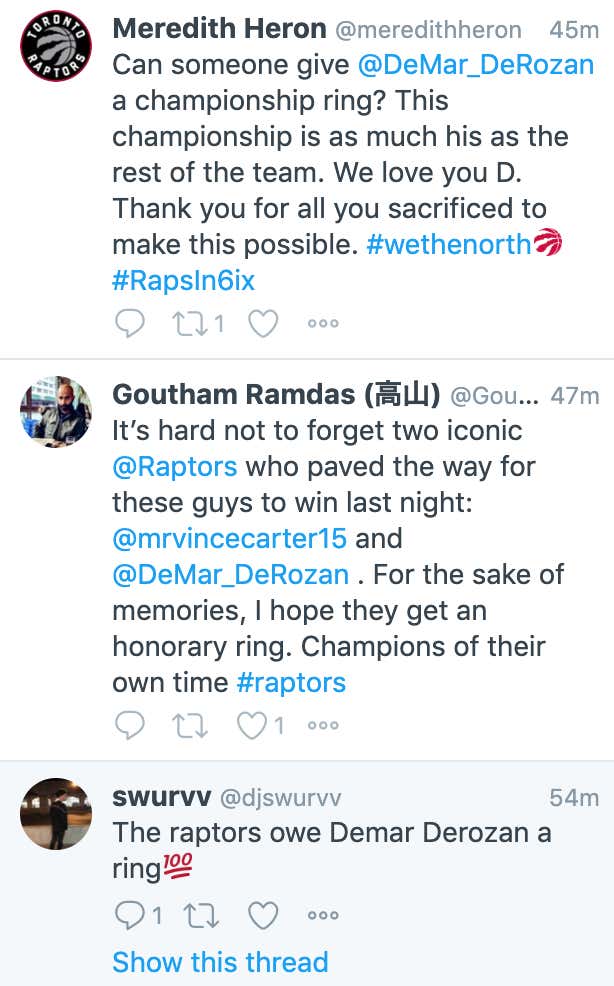 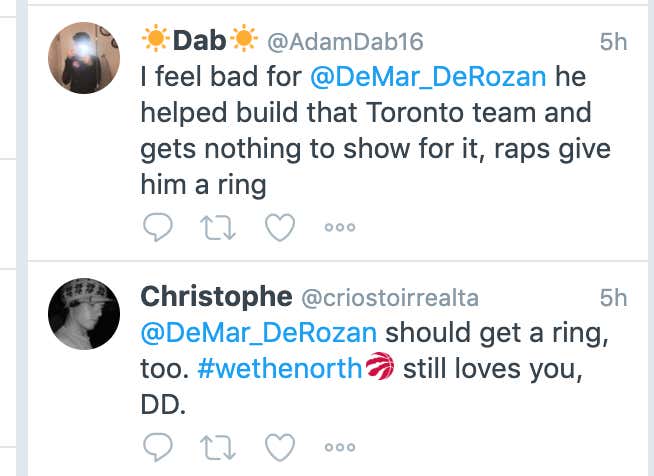 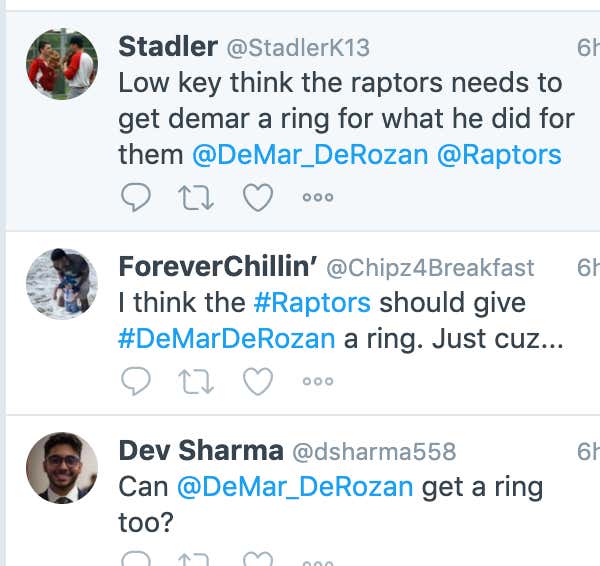 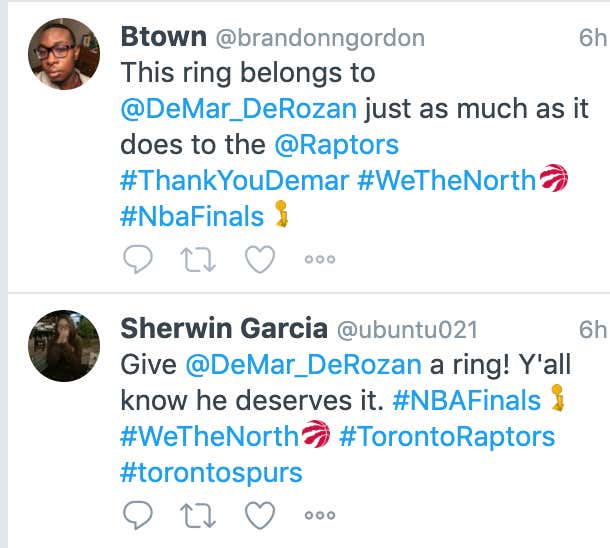 These are the biggest losers on the planet. Any person who thinks DeMar fucking DeRozan deserves a ring for never getting the Raptors there is a loser. They are probably the same people mad that the United States celebrated and shook their ass all over Thailand up 13-0.

I feel like I’m taking crazy pills here. The guy literally couldn’t get your team to the NBA Finals, let alone win you a championship. The Raptors did the smart thing by getting him out of town for one of the 3-4 best players in the world. You don’t get a ring for not being good enough!

I can’t believe people are out here thinking a guy who got traded so the team could win deserves a ring. Just the worst type of people. Give Drake a ring. Don’t even think about giving DeMar DeRozan a ring. Let him try to win one in San Antonio or wherever he gets traded to.