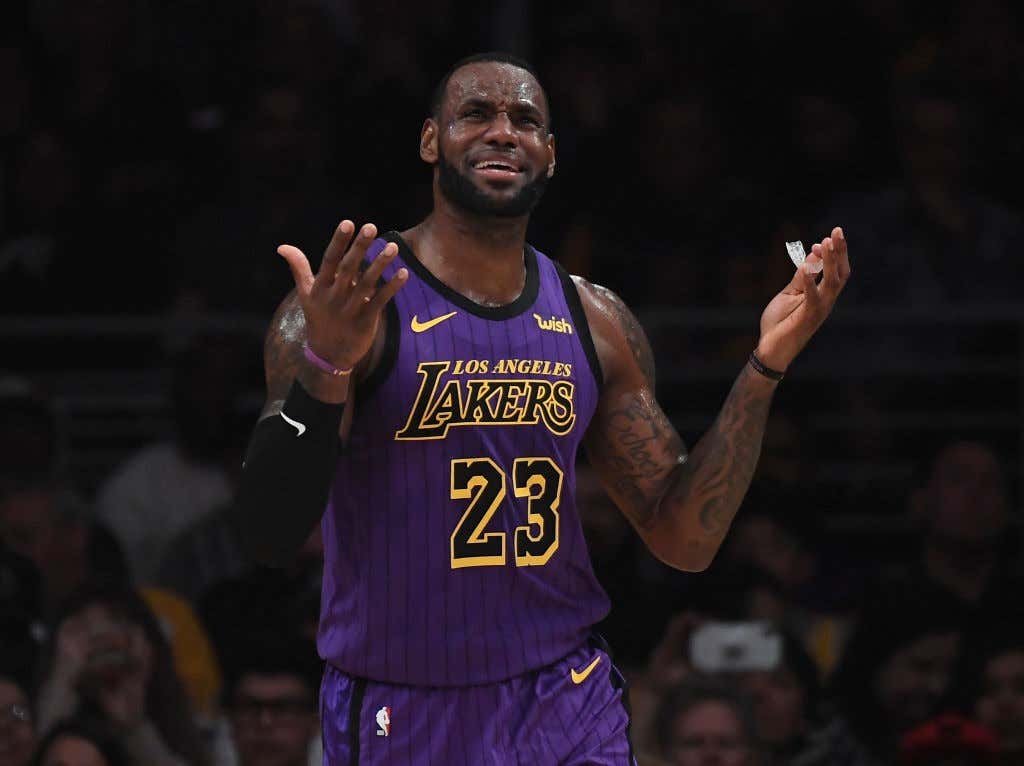 Once upon a time the Los Angeles Lakers were the very definition of free agent destination. All throughout their history if there was one thing you could bank on it was that whenever the opportunity presented itself, the Lakers were going to land a big fish. For much of our lives when the Lakers were interested in somebody, that player soon became a Laker. That’s how it’s always worked…..until now. Sure maybe you say landing LeBron is more of that premise, but even if that’s true he’s not there for basketball reasons. Unless he really bought Magic’s pitch that they were going to bring in Player X,Y,Z as long as LeBron committed to four years. How do you think he feels about that decision right now? You heard the clip, this wasn’t from some talking head just looking to go viral, this was Woj

Kyrie Irving, Kevin Durant, Jimmy Butler, Kawhi Leonard, Tobias Harris, Kemba Walker, Klay Thompson, Boogie, Khris Middleton, D’Angelo Russell, Nikola Vucevic etc all would rather kill themselves than hitch their wagon to LeBron and that dumpster fire in LA. This is even after apparently he begged some of these guys to join him that were currently in the playoffs since he had time on his hands. You know, because his team stinks and missed the playoffs.

Who would have thought that bringing in perhaps their biggest fish ever would be just the thing that prevents the Lakers from ever signing any major free agent again like they’re Orlando or something (no offense to the Magic of course). Maybe all that smoke we’ve heard over the years about how nobody wants to play with LeBron is actually true because here’s a prime example. You can lock up a maximum contract in terms of year and salary and move to LA to play with an all time great and each and every elite free agent said pass. How do Lakers fans spin that?

Now it’s not all doom and gloom unfortunately. Because nobody is going to come via free agency obviously the Lakers are in on AD and because the Knicks are having cold feet in terms of putting in assets, and the Celtics are looking like they are bowing out because Kyrie is a dickhead and won’t commit, the Lakers are probably in the drivers seat for that deal.

Maybe bringing in Davis changes things across the free agent landscape, but my money is on AD spends next year with the Lakers and then bounces next summer to get as far away from that organization as possible.