When Disney purchased Lucasfilm in 2012, and announced a whole new slate of ‘Star Wars’ films, many fans were left wondering what they’d do with the second biggest property they’d just acquired…the ‘Indiana Jones’ franchise.

Much like the Star Wars flicks, Jones’ last outing wasn’t everybody’s cup of tea. Watching a 64-year-old Harrison Ford don the leather jacket and hat, crackin’ his whip alongside Shia LaBeouf…it just didn’t have the same effect as it used to. Personally, I dug it, because I was ten years old and loved Indy too much not to, but I could see where some would take umbrage with the 2008 ‘Crystal Skull’ take on the character.

Rumors sparked up almost immediately after the Disney acquisition that we’d be seeing more ‘Indy’ in years to come, and I immediately became fascinated with the idea of Indiana Jones becoming America’s James Bond. I wasn’t alone on this, either, as photoshopped images of Chris Pratt, Bradley Cooper, and others who’d be perfect for the role started appearing across every nerdy forum and message board on the internet… 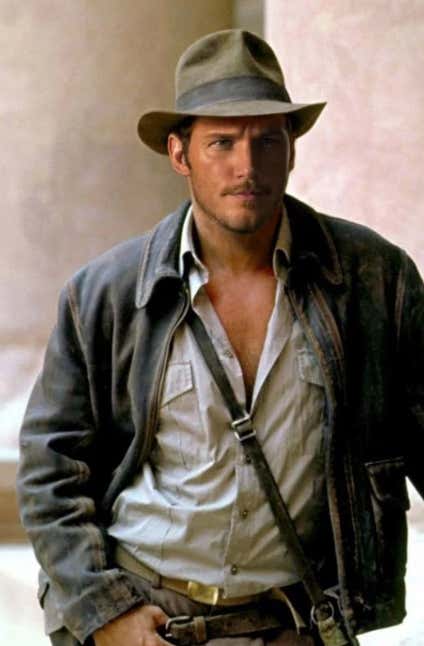 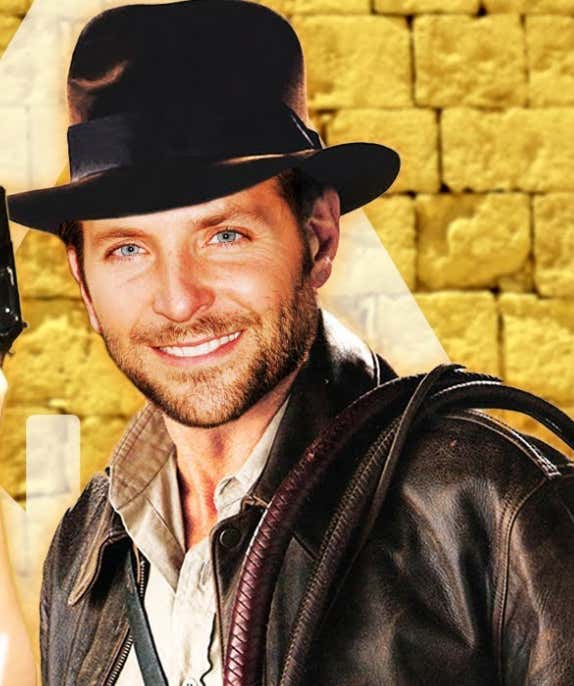 The idea is simple: allow every Indiana Jones movie to showcase another adventure from the professor of archaeology’s prime, allowing a bunch of world class directors, writers, and actors to show us their take on who Indy is, and what shenanigans he got into…you know, like the James Bond franchise has done for 25 friggin’ movies now.

I was against the idea of a Han Solo spinoff flick from the moment it was announced, because I felt nobody could embody that role quite like Harrison Ford did, but feel completely different about Indy. I would LOVE to see how Chris Pratt played him. Even somebody like Chris Evans or Oscar Isaac! I think the character is just way more open to changes and variety than Han was, I guess, and honestly have no interest in seeing a SEVENTY-EIGHT year old Harrison Ford playing Jones in 2021, which is a real thing that’s happening. I’m sure I’ll be the first in line come opening night, and probably cry/love the flick, but fuck – let’s see ‘Temple of Doom’ era Jones again!