I mean forget about the possibility that Ben Simmons shoots with the wrong hand. Ben Simmons is out here playing the entirely wrong sport. The man LOST A TOOTH in one game, immediately got it replaced the next day, played in the next game, then lost that same tooth again last night but STAYED IN THE GAME???

Buddy,,,,,Ben Simmons was born to be a hockey player. He’s just out here Spittin’ Chiclets and wasting all that toughness playing basketball, a sport which actively tries to remove toughness from the competition. I’ve heard of NBA players having their careers ended after losing a tooth. They just hang ‘em up right then and there. Never even look at a basketball ever again due to the fear of needing to get more dental work down. But not Ben Simmons. The man may have been born in Australia but he has that Hockey Tough DNA in his blood.

This picture of Bobby Clarke may be one of the most iconic photographs in Philadelphia sports history. 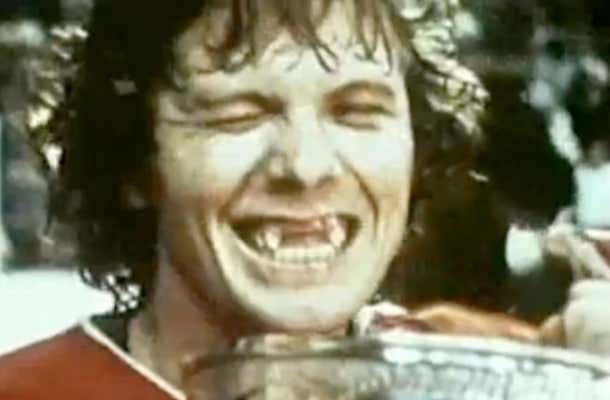 It represents everything that this city loves and appreciates; grit, tenacity, heart, a champion. I just can’t wait until we get this same photograph but of Ben Simmons holding the Larry O’Brien Trophy, showing off that big toothless smile of his.

P.S. – Still not sure how I’d feel about Ben Simmons having that one-on-one conversation with Magic Johnson even though he’s no longer technically with the Lakers anymore. Something about that entire situation just seems all too convenient. LeBron is thinking a few steps ahead and you can’t trust him.