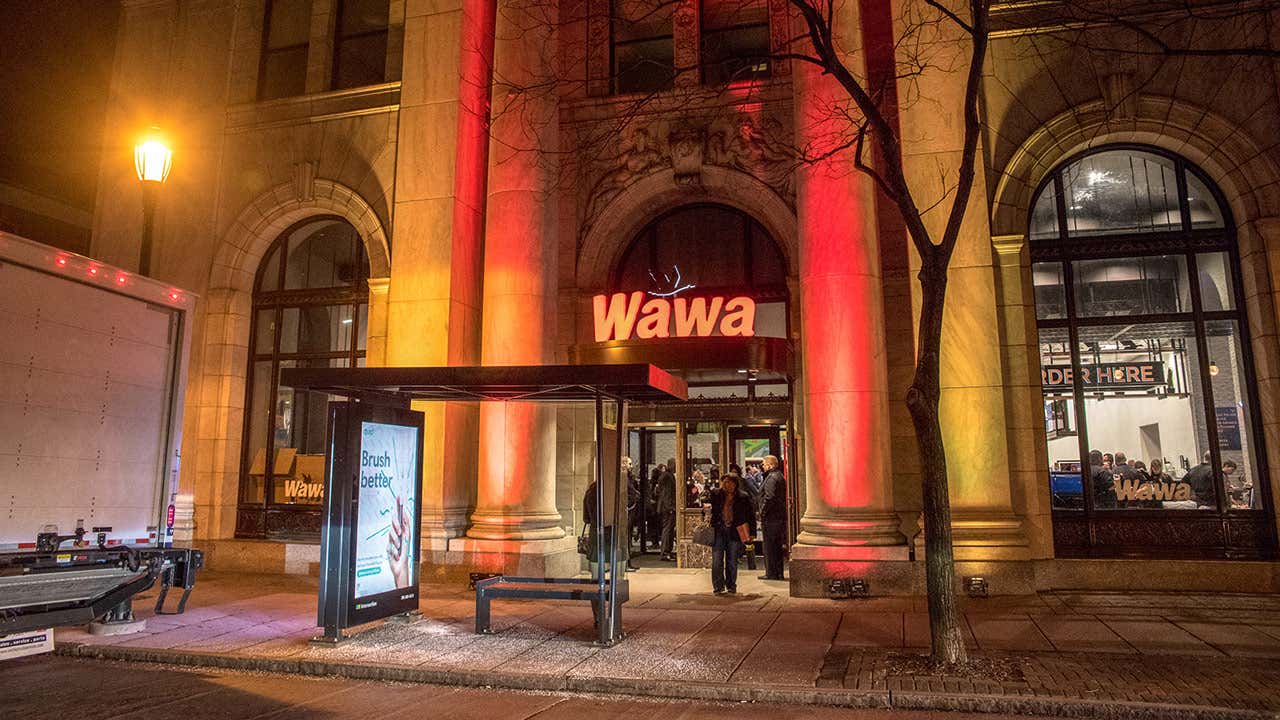 “We don’t have any specifics available or plans we can share at this time,” Wawa tells Action News.

Only one Wawa in Pennsylvania sells beer which is located in Chadds Ford. Top bidders have 14 days to remit full bid payment to the Pennsylvania Liquor Control Board.

Think back throughout history about some times that truly altered the world as we once knew it. The Revolutionary War. The Reformation. The end of World War II and the tearing down of the Berlin Wall. The invention of Gutenberg’s Printing Press. The invention of the light bulb. All of these moments had had everlasting impacts on the world and changed the course of history.

None of them, however, are more important than Wawa winning its bids to obtain their liquor license in at least two stores right now.

Just picture this–it’s Monday morning. You’re still feeling a little shitty from doing nothing but eating crab fries and drinking 500 beers at Citizens Bank Park watching the Phillies send approximately 500 baseballs into orbit. So you barely manage to get yourself out of bed, struggle your way into your work clothes, and you make a quick pit stop at Wawa on your way to work. Now you get your typical order. A Turkey Sausage, Egg White & Cheese sizzli because they’re delicious and you’re also trying to watch your weight as beach season is quickly approaching. And then for your morning cup of Wawa coffee, you head over to the creamer island. And right there waiting for you is a bottle of whiskey to give yourself a little hair of the dog. Now your hangover is gone and you’re ready to crush your week. Or you get blackout drunk at 8:30am but that’s neither here nor there.

Or think about this–it’s Thursday afternoon and you’re on your way home from work. The weather is finally warming up and you’re thinking about potentially just calling out of work tomorrow. You’re still a little unsure but you’re really just waiting for a sign to say you’re definitely not working that Friday. Anyway, you’re on your way home and you make a quick stop at Wawa. Usually at this point in the day, you grab one of the stuffed pretzels as an afternoon snack. Or maybe you go with the incredibly underrated Napa Style Chicken Salad Croissant. Either way, you’re just looking for a quick little snack on your way home from work but as you walk into Wawa, there you’re greeted with a fully stocked bar just waiting for you. So you stop in and you grab a Wawa Peach Iced Tea with a little splash of Tito’s in there. And just like that, you know for damn sure that you’re not going into work tomorrow. Instead, you just spend the rest of the night drinking at Wawa and you don’t make it home until well past midnight. It’s the best night of your life and you just can’t understand how anybody was able to live their life before without being able to purchase booze at Wawa.

That’s the thing. They call the generation that fought in World War II the “Greatest Generation”. But I think that’s a load of bull crap. Because were any of those suckers around to be able to purchase booze at Wawa? Heck no. Most of them were probably alive for when you couldn’t even legally buy booze anywhere. But you and me and everybody else out there right now? This is truly the greatest generation because Wawa got it’s liquor license and the world will never be the same because of it.