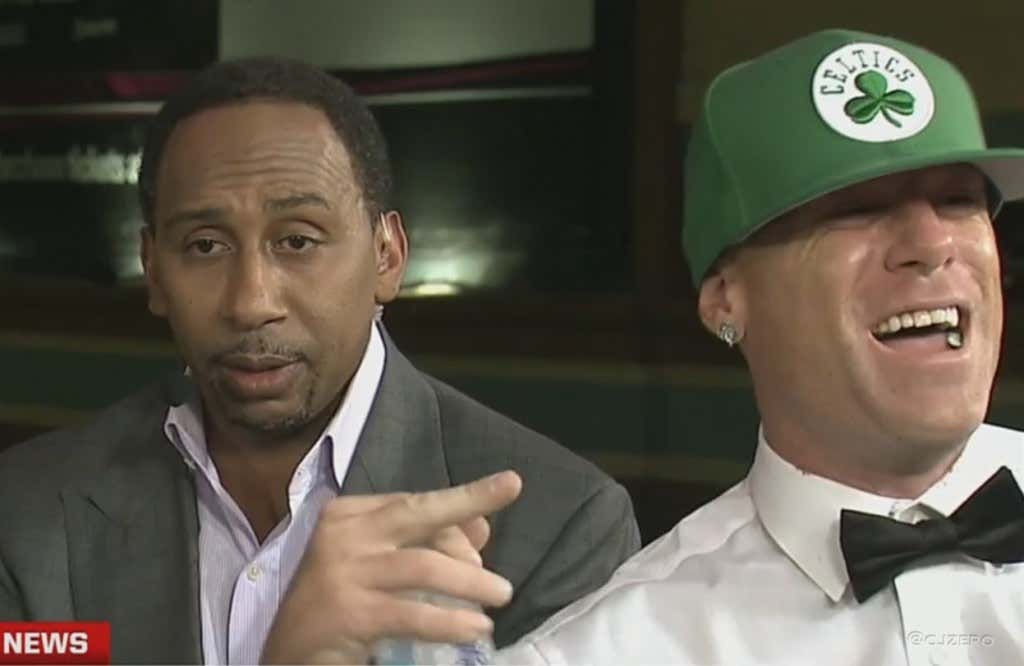 (ESPN) – And then there’s the element of Boston, Massachusetts. They don’t just want a star. Of course, they’ll take any star that they can get, because their priority is winning. But everybody and their mother knows that particularly when it comes to Boston, if we can have a white superstar, that would be even better. And they view Gordon Hayward as having that kind of potential.

So, all of those things considered, the players recognize this, were aware of this. And ultimately those who were compromised by having to be on a court with Gordon Hayward were sensitive to it.

Not because they don’t like him. Not because he’s not a good guy, because he is a good guy. It’s just that they know he hasn’t fully recovered 100 percent from his injury. So, he’s not the same as he used to be. They know he’s going to be a step slower. They know he’s going to be compromised. I have spoken to people in the league who literally have said, “Look man, no disrespect to Gordon Hayward, nice guy, but he’s really, really compromised right now. He’s not the same guy that he was.” And they said, “We actually kind of feel sorry for him, because he is a nice guy, and we know he’s trying to come back from injury.”

I love Stephen A. Smith. He amuses me to no end. He says things like “Stay off the weeeeeeeeeeeeeeeduh” and “the Lakers STINK” and is constantly horny at all hours of all days. All of that is objectively funny stuff. But that does not mean he is immune from having a putrid take. This is akin to saying Dwayne Haskins is a running quarterback. Gordon Hayward is not the Celtics most popular player by really any measurement. If he were to be traded for Kevin Durant or Paul George or Kawhi Leonard or really any wing better than him, there would be like 7 morons total upset about it. To say the fanbase wants Hayward to be good because he’s white is preposterous, to me.

I think most people want Hayward to be good because he’s getting paid north of $30 million and has mostly stunk out loud since suffering one of the most visually horrific injuries in recent NBA history. I think most people see a team with the talent on paper to win the Eastern Conference and are a much better team when he does play well.

Fans gave him a long leash because he’s coming back from a brutal injury. That leash ran out during the Celtics recent losing streak coming off the All Star Break. And when he dragged his nuts on the Warriors foreheads last week, people were appreciative. When he fouled Buddy Hield on a three to tie the game against the Kings, fans were furious. When he hit the game-winner on the next possession, we were thrilled. More importantly, his teammates have seemed legitimately happy every time he’s produced. Especially in the Warriors win after someone on Golden State anonymously bashed him earlier in the year.

Now, I’m sure there have been plenty of points where guys have been fed up with him getting more minutes than them. I’m sure there have been times where it’s been frustrating to see how slowly he’s recovered. But I don’t think the Celtics have any dumb players. I think they want to win games and compete for a Championship. Whoever can help, they’re all in. Whoever is hurting them, they’re probably going to be pissed at in the moment. Feels pretty normal to me.

But for this story to come out now, it’s gotten to the point where I’m seriously starting to wonder if there’s something bigger at play here. Like legitimately what the fuck is going on? What conspiracy is at play where no matter what is happening on the court, there needs to be a new national storyline trying to pull the Celtics apart. Kyrie to the Knicks, Kyrie and Durant at the All Star Game, Kyrie called LeBron, the young guys revolting against Hayward, Marcus Morris saying it hasn’t been fun, Anthony Davis trade rumors, and on and on and on. It’s fucking infuriating. The Celtics have brought plenty of it on themselves, there’s no denying that. But Jesus, Mary & Joseph they’re a game away from sweeping this West Coast trip and a game behind the Sixers and Pacers and now this dog shit comes out? Nah. I’m not buying it. Someone is planting this story with ulterior motives. Cause there’s no logical explanation as to why *this* story is coming out right now.

I don’t know a single person who watches this team and has a favorite player other than Marcus Smart, noted fist-fighter of racists. Kyrie and Tatum are both top 10 in jersey sales this season. Going back to last season, right after Hayward and Irving were acquired, only Kyrie cracked the top 15 in jersey sales. Weird how that happened. It’s almost like Boston fans know what superstar players actually look like and have no problem supporting them.

Boston, as a city, has plenty of real life problems around race to be wasting time pushing a ridiculous narrative like this. Gordon Hayward, at full health, is a damn good basketball player. That’s what the vast, VAST majority of Celtics fans want above all else. To suggest otherwise is disingenuous to say the least.