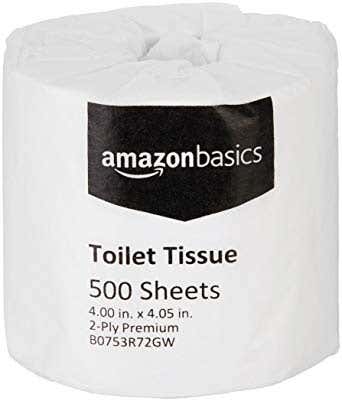 In any normal job, when you have to go, you have to go. That wasn’t the case for an Amazon employee diagnosed with painful Crohn’s disease.

Nicolas Stover is suing the company after being fired from a Winchester, Kentucky call center for what his supervisor told him was “time theft.”

In the involuntary termination letter he received on Dec. 21, 2017, there was no written reason for his dismissal, although he says his supervisor accused him of taking too much personal time, due to his “excessive bathroom breaks.”

Because of the disease, Stover says he was forced to use the bathroom more often than other employees, causing him to get reprimanded on a consistent basis. “Episodes of symptoms of Crohn’s disease can occur without warning and can require urgent response, including the immediate need for bathroom facilities,” Stover says in the 18-page complaint.

Honest to god, this subject makes me so upset that I’m about to go toe-to-toe with the toilet right now. Stress causes bowel issues, folks. That’s just a fact of life. Everyone knows the work conditions at these Amazon warehouses aren’t exactly easy on your mental state. You have to hustle, hustle, hustle day in and day out just to avoid getting fired.

Imagine taking someone’s order of cat food to the shipping line and then diarrhea strikes. You’re in the bathroom ripping ass as hard as you possibly can to get all that sour water out of your belly. It’s hitting the back of the toilet so hard that it’s like your balloon knot is pressure washing the porcelain. People start coming in the bathroom because of your screams.

“GET BEHIND ME, SATAN” you shout to the heavens. The heavens do not relent. You continue to super-soak the loo while the orders pile up. “2-Day Shipping is a blessing and a curse!” you holler while howling in rectal pain.

35 minutes later and while looking dehydrated, you walk into the manager’s office and get fired. Losing your job causes you to get stressed which causes, yep… you guessed it, another 12-round bout of bowel movements in liquid form.

I just want to thank my employers here. They never rush me during bathroom breaks. And for that, I’m thankful. Some people dont have it so lucky.