Dirty Bob Nightengale. Enough is enough. This guy has been cockteasing and teabagging Phillies fans about Bryce Harper since November. NOVEMBER! And it hasn’t been just one Tweet or a few off the cuff thoughts. Every damn day it seems like Bobby has another insider fact which ultimately should result in Bryce signing with the Phillies sooner than later. Look at this shit: 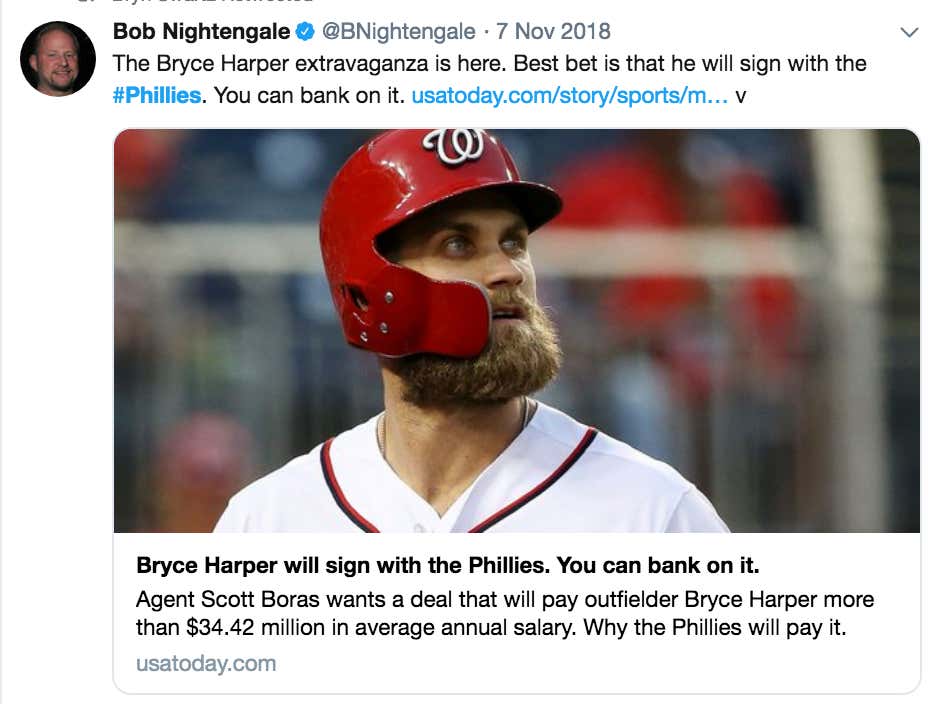 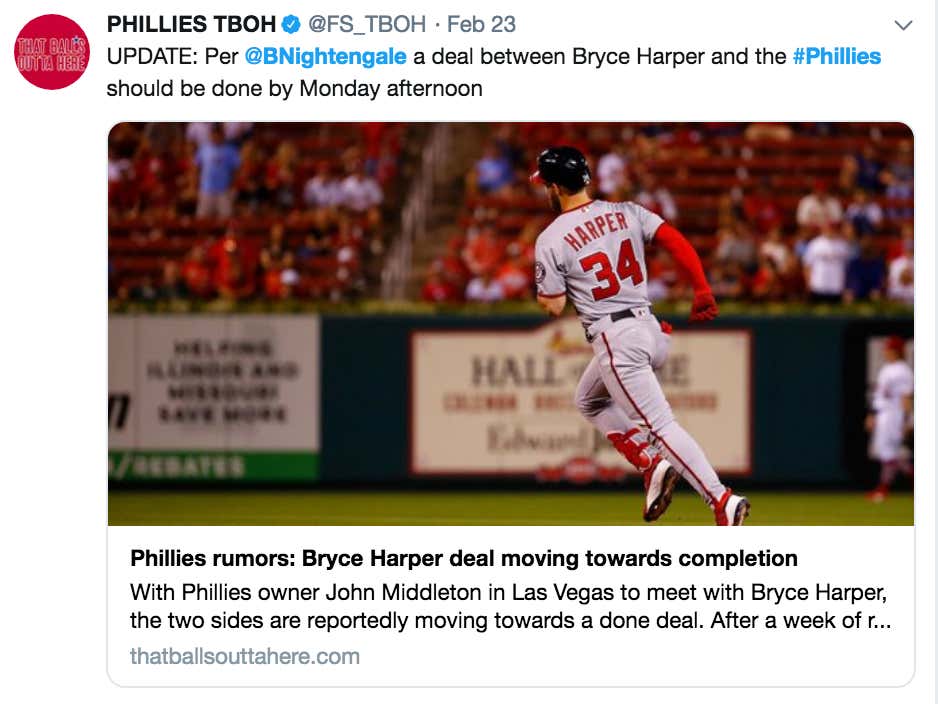 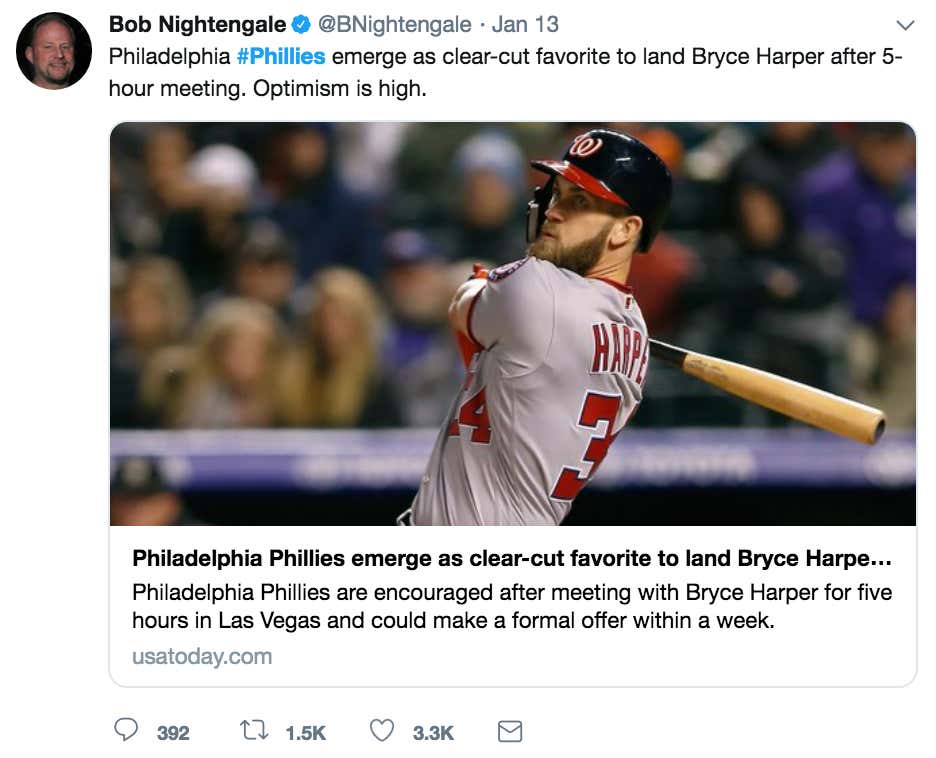 Look, I enjoy being on Twitter and social media, so I’m not going to tell Bob Nightengale my true thoughts if Bryce Harper doesn’t ultimately sign with the Phillies. Should he fall on the sword and commit Seppuku for dishonoring the MLB, journalism, and humanity as a whole? That’s not up to me. I’m just an armchair blogger who hammers his keyboard from his Grandma’s basement and dips his balls in Papa John’s garlic sauce for fun. But Bob Nightengale has a moral responsibility. He’s is in the damn Show. He’s been so since 1986, two years before “The Show” became a well used term for the Big Leagues in Bull Durham. This guy should A) Know what the fuck he’s talking about and 2) Throw out facts, not conjecture or opinion and should NEVER throw out such conjecture and opinion disguised as facts.

You better be right, Bob. For your sake, not mine. Oh, wait, I forgot this fuckin’ guy throws shit against the wall on a continuous basis and is always, ALWAYS in the wrong.

Just look here. And even better? Dirty Bob doesn’t get held accountable for being incorrect. He’s still galavanting around town like his tits don’t stink. Well, like I said, enough is enough. Bob Nightengale will make the list, and the list don’t lie:

PS – If Bryce Harper does sign with the Phillies then I will love Nightengale forever and name my first born Bobby. Guy or gal (or whatever they wish to be identified as).