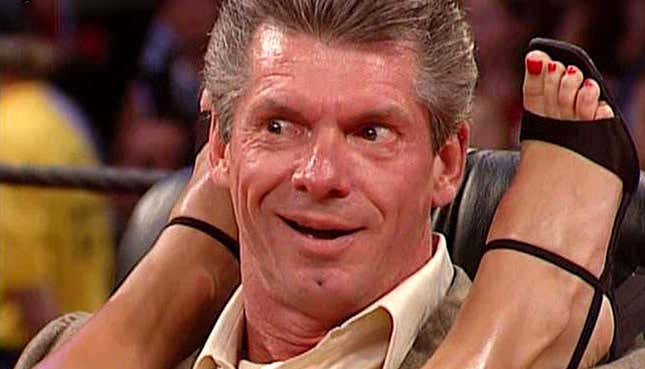 Yesterday, a lot of FAKE NEWS ran rampant on my beloved AAF. We even saw it on our own website!

I don’t blame Hubbs for writing a blog on this. He was just doing his job. Who I truly blame is that little NERD Darren Rovell and the rest of the media for getting duped:

This had Vince McMahon and the XFL written ALL over it. The funny part? Leaking a false rumor that the AAF couldn’t make payroll led to the league getting a new 250 million dollar investment. Great work, Vince.

SOURCE-Charlie Ebersol, the CEO and co-founder of the new Alliance of American Football, told the Orlando Sentinel on Tuesday his fledgling league was never in any serious financial jeopardy — directly contradicting a report in the Athletic that said the Alliance needed to be financially bailed out by an emergency $250 million investment from Carolina Hurricanes owner Tom Dundon

Dundon was named the league’s new chairman of the board of directors on Tuesday morning — a few hours after The Athletic reported late Monday night that the league was “running short on cash” and needed an influx of money to avoid the possibility of being unable to make payroll.

Ebersol told the Sentinel that the league always had the money to meet payroll and has never been in any financial jeopardy. In fact, he said the league has received such positive reviews after only two weeks of its inaugural season that Dundon wanted to buy-in and become the league’s biggest investor.

The Athletic makes me sick. Any story they can run with they do. Isn’t that supposed to be the website that is “saving” sports journalism? Instead, they get taken advantage of like a puppet by Vince McMahon and the XFL. They should be ashamed!

Absolutely right, Rick. Absolutely right. This has Vince McMahon and the XFL written alllll over it. Vince has been smearing other wrestling organizations in the media for decades. Why wouldn’t he do it with the AAF? I can’t be mad at Vince. He’s a smart businessman. Using Darren Rovell and The Athletic as a puppet is smart in this digital media age where Twitter users with blue check marks are treated as Greek Gods when it comes to reporting the news. It’s funny how they have both been silent since news contradicting their PUPPET reports came out.

The AAF will not back down in the face of a bully! Instead, we will FIGHT!