Not everyone is a fan of rowing the boat.

“I just think sometimes ego gets carried away and when he went into Minnesota and treated the people the way he treated my guys, and telling them he had to go in and completely change the culture, it was a bad culture and bad people. He made it sound like we didn’t know what we were doing and I took it personal,” Kill said.

Kill is clearly not pleased with the way he perceived Fleck’s changing of the program — especially since Kill views himself as a major reason why the 38-year-old Fleck is already where he’s at in his career.

In the interview, Kill said he helped Fleck — a former assistant at Northern Illinois — get the job at Western Michigan. Fleck’s rebuilding effort there, which culminated in a 13-1 record in 2016, earned him the job at Minnesota.

“You just don’t treat people that have been with you and helped your career and you don’t even talk to them once you get the job,” Kill said.

“He changed a lot, I’ll just be honest with you guys.”

Kill and Fleck did talk once, after the latter assumed the job, but according to Kill their conversation “wasn’t good.” He said that’s the last time he and Fleck spoke, adding “And it will be the last time.”

“I guess maybe disappointment is the better way to put P.J., and disappointed on how he handled some things.”

Oooooh I like this. Some Big 10 Beef to get us through the dog days of February. And for those of you that aren’t in the mood for reading that Kill shot that Jerry just sent at his former assistant coach that is now leading “his” program , here it is in audio form:

Wowwwww. This former coach on new coach crime doesn’t happen often. So apparently the story goes that Jerry Kill was the head coach at Northern Illinois and he had PJ Fleck on staff as an assistant, and Kill feels he was a huge part of Fleck getting his first head coaching job at Western Michigan. Well now it comes full circle because Fleck took over the job at Minnesota that Kill left in the hands of his guys due to his health concerns. Fleck then got rid of those guys and said he school needs a completely culture change because the previous regime didn’t know what they were doing. And well that completely set Jerry Kill off.

Mentioning that he knows his first wife. That he “completely changed” when he became a head coach. That they’ve talked one time in the last two years, and that it will also be the last time they ever talk. All because PJ Fleck treated the previous Minnesota coaching staff like losers. Well I hate to take a side in this argument, but newsflash, they were losers! Everyone at Minnesota is a loser! They haven’t won a Big Ten championship since 1967 under the lead of Murray Warmath! 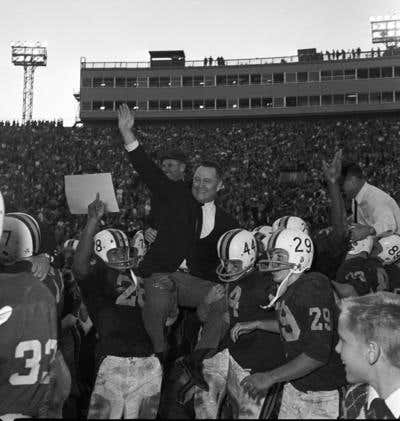 Now while I see why Fleck had to make the culture changes he did, I also see Jerry Kill’s argument that PJ Fleck is an egotistical maniac that does not care about anyone but himself. I mean this dude trademarked the catchphrase “Row the Boat”, plastered the catchphrase all over the football program, and ends every single one of his media opportunities by saying the same catchphrase. He then sprints up and down the sidelines, completely aware that the cameras are on him. And they should be! It’s the PJ Show, baby!! 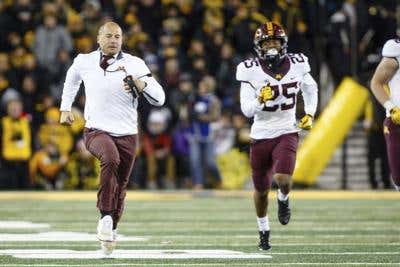 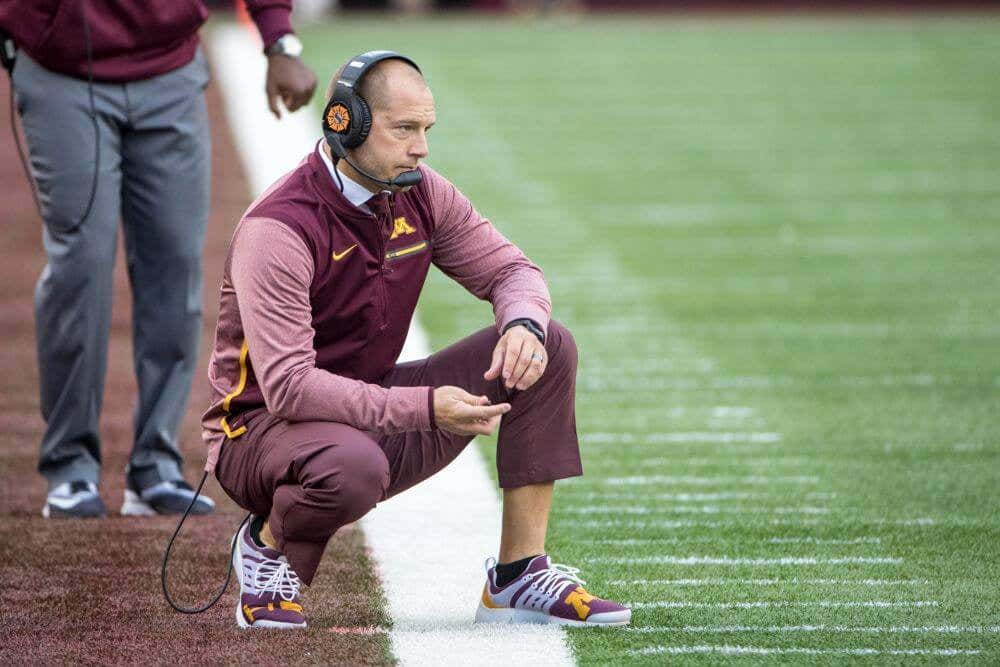 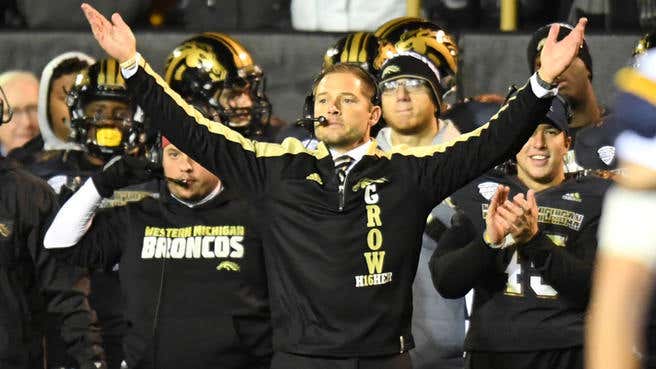 Always been about him. But it seems like the players like him, so I don’t have any beef with him. Speaking of beef, his new wife doesn’t have any with Jerry Kill’s comments either. She’s taking the high road, and PJ is retweeting her.