Get it guys? Like “The Process™”? I feel like the internet has used every word to describe a player dunking in another player’s face, usually involving death or whatever the hottest #lingo is in the internet streets. But since I am old and trying to put two kids back to bed while blogging this, I’ll stick with what Joel Embiid would have posted on Instagram if he dunked the ball except without the witty location.

The biggest loser of that dunk outside of Simmons was DeAndre Jordan, who realized he could be charged as an accessory to murder for dishing the assist. 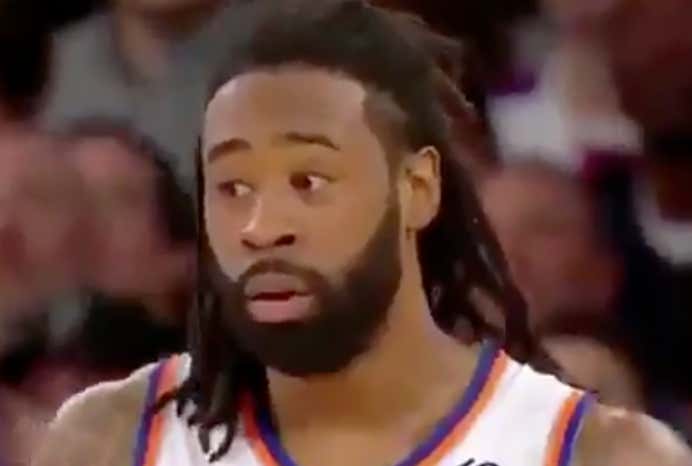 The biggest winner of this play this outside of Knox? I guess Kendall Jenner since there were rumors she wanted an open relationship and Ben Simmons perishing on the MSG floor would per her all the way back on the market. DSJ gets the silver medal since the Knicks faithful already loved him because he was the best player the Knicks got for Kristaps The Koward and barking at a dead player’s body after he gets dunked to hell can only help your appeal at The Mecca.

The best part about all this is if any Sixers fan mentions the score of the game, I will just say the Knicks are in the midst of their own Process so they can team Zion with Durant and Kyrie. Nothing better than being in a Process and saying you don’t care how much your team is setting back the sport of basketball with its double digit losing streaks. It’s almost like a glitch for being a fan. I only want the Knicks to be in a process or in the playoffs for the rest of my life. It’s much better than the basketball purgatory we’ve been in for pretty much the entire 21st century. Especially if Mitchell Robinson keeps doing Mitchell Robinson things on both end of the court.