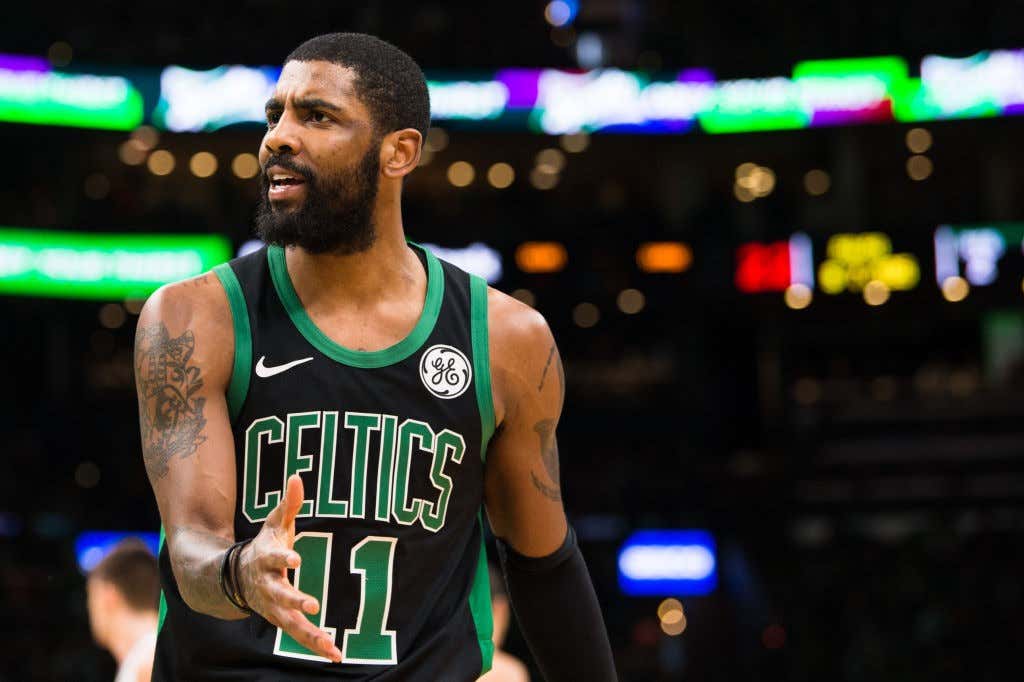 Can’t say this is all that surprising, in fact it would have been a prayer if Kyrie did play tomorrow. So even though we got some good news that his knee injury was nothing serious and he would be day to day, with DET up on a back to back on Wednesday, I would imagine we won’t be seeing Kyrie again until things pick up after the All Star Break. If we’re thinking long term, that’s probably the best decision. Obviously this team needs Kyrie to be as healthy as possible for the second half of the season, we can all agree on that. In the short term, it’s a pretty big deal with this team heading into a very huge matchup against the Sixers.

Tomorrow’s matchup is important for a variety of reasons. For the Sixers it’s their first chance with their “best starting 5 in the East” roster to face the Celts. It’s a huge measuring stick for them despite being a regular season game. We saw what they looked like on Opening Night, it wasn’t enough. Then they made the Butler trade and that was supposed to be the thing that vaulted the Sixers past the Celtics only to lose to them on Christmas. Well now this is the best the Sixers have ever been, so it’s for sure a statement game. For the Celtics it’s maybe even more important given their recent losses, and it also presents them with an opportunity to win the season series between these two teams. Given how tight the race in the East is, potentially owning the tie breaker with PHI is gigantic when it comes to determining home court. It’s also an opportunity for them to right the ship after a disastrous weekend.

With Kyrie out, that obviously means the pressure is on Terry Rozier. So far in his two games against the Sixers we’ve seen Terry be solid. Nothing crazy, not close to the Kyrie level against PHI, but serviceable. In those two prior games he put up 10.5/6.5/1.0 on 50/60% splits. The impressive part is his 1 TO in 46 minutes, they’re going to need much more of that. Here is a reminder of what he looked like the last time these two played

Now everyone knows Starter Terry is a different beast, and his numbers certainly reflect that. As a starter this season Terry puts up 14.2/5.6/5.9 on 45/41% splits which is certainly serviceable but I’d like to remind you that it took Kyrie going crazy for 40+ to beat these guys on Christmas. I don’t think it’s fair to expect that from Terry so it’ll be interesting to see how they shift the offense now that Kyrie is unavailable. On the season, the traditional starting lineup with Rozier has played 65 minutes together and is outscoring opponents by just 1.6 points per 100 possessions. That’s a pretty substantial difference from the +13 points the regular starters have.

I know there’s the belief that this Celtics team is better without Kyrie for some reason, but that’s also not exactly true when this team heads on the road. The Celts are 1-11 in their last 12 road games against winning teams, so it’s certainly going to be a challenge given how well the Sixers are playing right now. They have won in PHI without him before, but things are wildly different now. It’ll say a lot about this team if they are able to pull this out without their best offensive player, and it might require Terry to play the best basketball of his entire season.