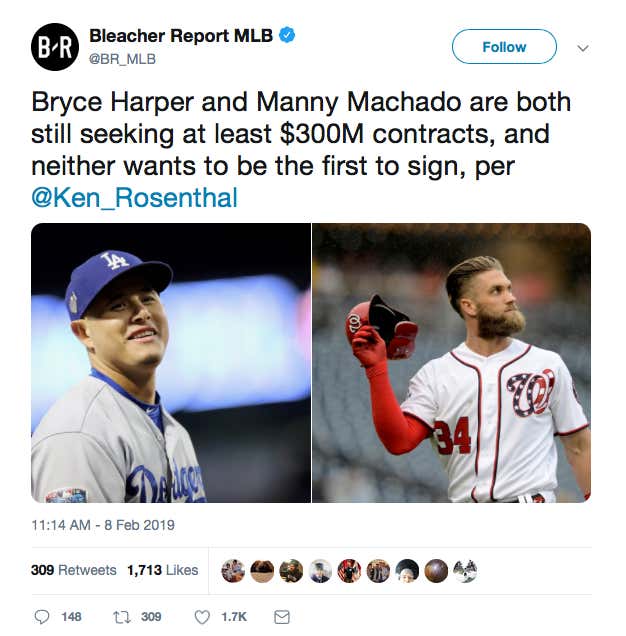 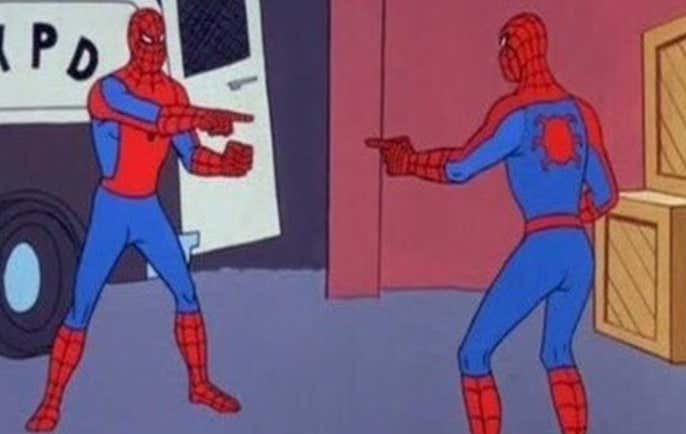 So Bryce Harper and Manny Machado are book still seeking $300MM.  Sure thing.  I am too.  They can seek out any X amount of money they want, but pitchers and catchers report in less than a week and nobody has offered that thus far.  What are they gonna do?  Ask an owner to dole out $300MM with a pretty please and cherry on top?  It just doesn’t work that way.  Their market value just isn’t at the $300MM mark that they want it to be at.  Here’s the definition of market value:

So right now there is one offer out for the two players, which is presumably a 7 year offer for Machado by the White Sox.  One offer, for only one of the two premier players.  That is it.  It’s sad, as baseball would be in a better place is half or more of the teams were competing for these two players services, but they’re not.  It sucks, but it’s just the way it is for a number of reasons right now.

As far as Harper and Machado’s perceived self worth vs. what they’re being offered, it’s as simple supply vs. demand.  The demand is low which drives down the market value of the players.  Easy as that.  There is no bidding war for them right now.  It’s one giant Mexican standoff.  They can ask for WHATEVER AMOUNT THEY WANT, but in a free market their value is what the market is willing to bid on them.  The market may move more towards their favor, but with pitchers and catchers reporting in a week or so, it doesn’t look like that’s going to happen.

But now neither will sign until the other does?  Well that’s pretty ridiculous.  It can be argued that Machado is a better, more well rounded player than Harper, but most people figure Harper will end up with the larger contract.  And should the Phillies budge on Harper’s asking price and ink him first, Machado’s value will PLUMMET with only the White Sox figured to be the only other serious player for him as of now.

In my head there are two ways this gets resolved:

1. Machado and Lozano accept what Machado’s current market value is, inks with the White Sox in the next few weeks for a massive deal, relatively speaking, and Harper signs with the Phillies for a slightly larger one shortly after or

2. Neither player signs and really tries to stick it to the man for the future of players’ free agent contracts just to prove a point.

In the end there is almost zero chance number 2 happens.  Neither player will turn down a contract north of $200MM. That’s so much fuck you money that it just won’t happen, but it doesn’t mean the signings won’t drag out until March maybe.  It’s just a matter of who blinks first and because of how suppressed the demand is for each player, my money is on them doing the blinking.

In the end… fuck all of this.  It’s hurting the game.