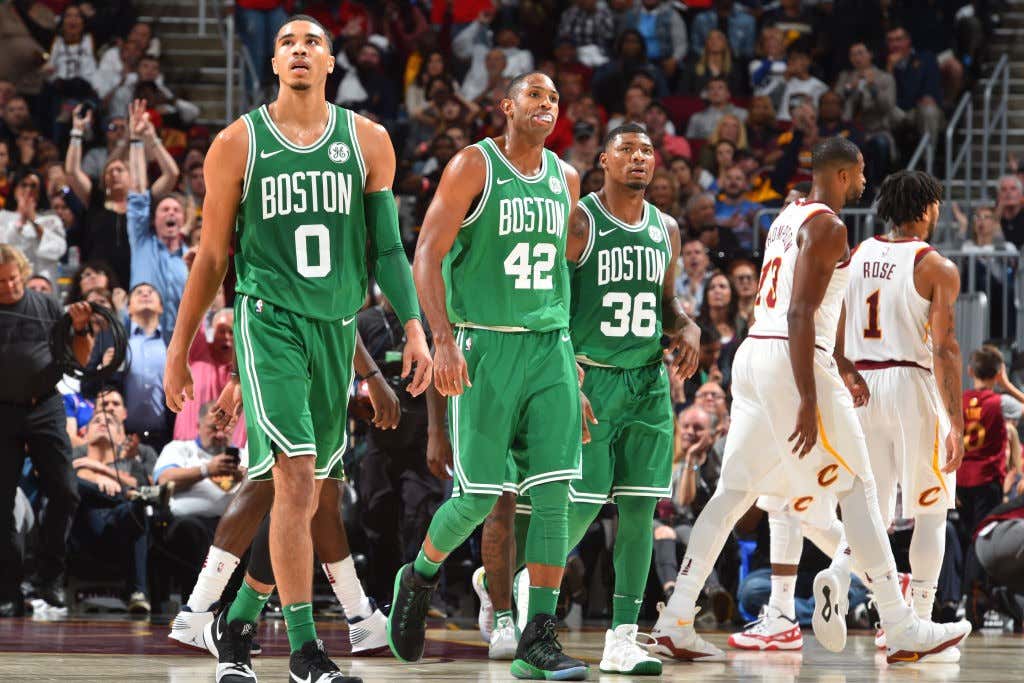 Alright first things first. Many of you may not know who John Gambadoro is, I remember him from back when I was at ASU but he’s a sports talk radio guy down in Phoenix who may or may not have NBA connections. He’s usually releasing Suns news and stuff like that, but seeing as how I’m a blogger with no sources I’m not going to question whether or not this dude actually has connections to people with knowledge of the Anthony Davis sweepstakes. I’ll let you make your own decision as to how credible he is, but I want to talk about the specific package he listed here.

Is that deal better than the Lakers? I don’t see how you could say it isn’t. I have just one problem with this whole thing. Everything we’ve heard from guys who actually cover the Celts and are in this market are talking about how nothing specific has been discussed, just that it’ll be worth it for the Pelicans to wait. It makes sense, why lock yourself into a specific package so far in advance? There is still so much unknown that can happen between now and July 1, it doesn’t seem like something Ainge would do to legit put down a group of names. To me, this sounds like whoever the source is was giving their best guess as to what an offer might look like that would convince NO to wait. I mean don’t you think if this was concrete then we would have heard it from Shams/Woj/Stein? All of the Lakers official offers were leaked, but now this Celtics one exists and we haven’t heard anything about it? What’s the one thing we know about Ainge, if you hear about it on Twitter, it’s probably not what he’s doing. The man moves in silence and does not show his hand before he absolutely has to. We’ve been through enough trades with him to know that.

Obviously the big thing here is the whole “rental” idea behind Davis. This would be a massive price to pay just to see a guy walk at the end of the year. When it comes to that whole rental thing, I’ve been starting to wonder if there is more to that story. I have no doubt that Davis has interest in playing in LA. So up until the deadline, his agent has tried to do everything he could to make that happen. I don’t think it’s an accident that every team in the league was mentioned as a possible extension destination but Boston. However, if Davis isn’t traded in the next few hours, would it shock anyone if there was a report that came out that said Davis was maybe open to extending in Boston? All the Lakers posturing will be done with, and maybe that’s why Ainge and the Celts still feel confident. It just seems weird to me that during a time when people are trying to manipulate the market, that one little nugget from Rich Paul is treated as gospel. Once Ainge made it clear that he didn’t give a shit about a commitment, it seemed to be good enough for the Pelicans to hold off, so I’m not ready to declare that AD is 100% a rental. There’s risk sure, but there was risk when they traded for Kyrie too. That’s life in today’s NBA.

But in terms of this reported offer, I’m not taking the cheese. I’m sure if the trade does happen it’ll be something as expensive as this, but it is nowhere near the time for Ainge to limit his options. It’s obviously not news that if the Celts were to trade for AD then either Hayward or Horford would have to be included to make the money work unless they get super creative. But what if they get to the summer and there are other deals he could make with these pieces that may entice Davis to stay? There’s simply too much unknown right now, which is why Ainge is reassuring the Pelicans the way he is. You’re telling me the man who never shows his cards is going to give his whole plan 5 months early? That is not the Trader Danny that I know and trust.

Also, take this for what it’s worth