The Preds are absolute WAGON. Everyone know that now. Doesn’t matter where they are exactly in the standings right now. Whoever wants to win the Western Conference is likely going to need to tangle with Nashville at some point. Today was a signal that the Preds are NOT fucking around. David Poile is gearing up for war. And when you’re in a war you need to have guys on your roster who are willing to murder people. Well now the Preds have at least two of them.

I feel like Boyle gets traded at every deadline. And it’s for moments like the one you saw above. Intimidation is still part of winning in hockey and Brian Boyle is as scary as they come. I had a buddy for played for Boston College at the same time as Boyle. I shook his hand one time and his fingers came up to my elbow. Felt like he could kill me on the spot if he wanted to. He will win you some face-offs, kill penalties, and put someone in a body bag if needed.

That adds to the Preds list of hitmen because they already have Hartman who threatened to murder someone last year too.

You can never have too many guys like that. Andrighetto peed his pants in the box. That’s a fact. Ask anyone. The Jets know their time is now and they’ve got their fucking Bond Villain looking GM buying up weapons for when he needs them 3 months from now. 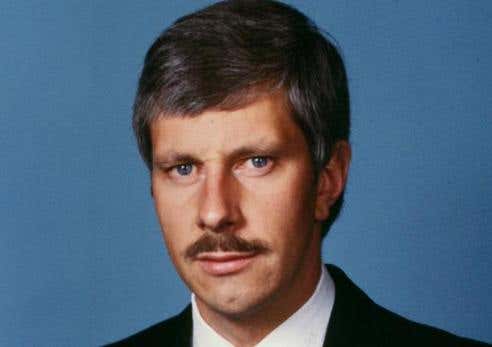 Look at that picture of a younger David Poile. He looks like a guy who will do your taxes after he wipes the blood from his mouth. He knows this is his time to finally win a Cup and he needs people who will kill for it. I can’t wait for the playoffs. It’s the best time of the year and the only sport where you’re allow to physicall harm people on your way to your bigger goal.