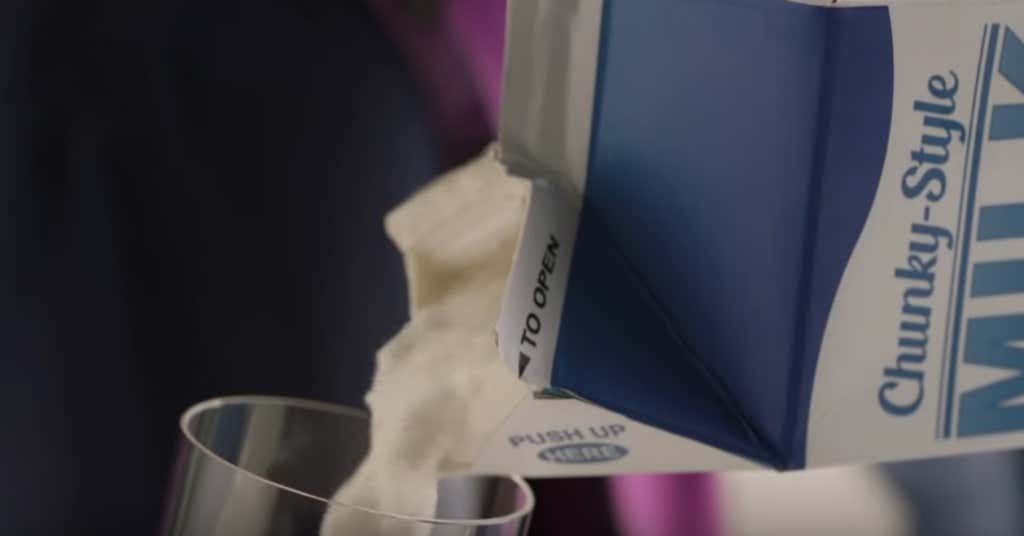 I know the cool, hip thing to do during/after the Super Bowl is to bash the commercials. “Commercials ain’t what they used to be”, the Twitter echo chamber yells to absolutely nobody, in hopes of meaningless likes that fuel our soul but ultimately leave us empty and hollow. Well I thought last night’s crop was fine. Nothing revolutionary like the WAZZZZZZUP which is of course the gold standard of Super Bowl commercials, but they were in a word, “fine”.

The one commercial that stood out though? The freaking chunky milk commercial. It was GROSS.

I’ll tell you this, if you put chunky milk in your commercial, I’ll never use your product. That’s a promise. However…I think it worked? Standing out from the crowd is important when it comes to commercials. You have to make it memorable. And suffice to say, mint mobile did just that. After everyone was done puking up their pizza and buffalo chicken dip, the Twittersphere was abuzz about chunky milk. Everyone hated the commercial, but it was making waves.

So hey, it was gross and it made you puke, but I guess it was effective. Just hoping I never have to see it again.