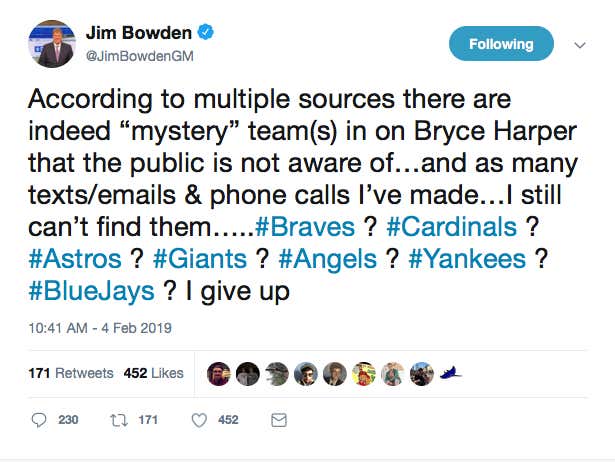 Aka no there isn’t!

Subtle reminder that mystery teams do not exist and the phrase is just code for “I’m an agent and I’m trying to leverage more money out of the non-mystery teams that have made my client an offer”.  In the age of social media it’s absurdly hard to stop leaks.  True story – a White Sox clubby texted me that he saw Jimmy Rollins cleaning out his locker a few years back.  Sent me a picture and that’s how I “broke” his release.

It’s legit impossible for there to be a “mystery team” in not just baseball, but any other sport in this day and age.

Buster knows what I mean: 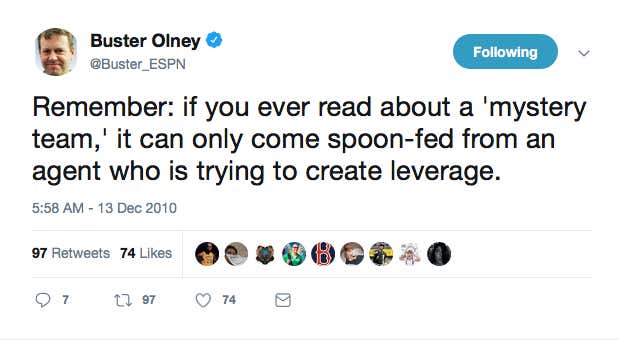 We know who the real players for Machado/Harper are, and as far as I’m aware, Machado has only been made an official offer by the White Sox and nobody else, while Harper doesn’t yet have an official offer at all.  Broad financials have been discussed buy nothing official for him.  Fucked up considering they’re two of the best free agents ever.

Really pumped for the strike right in the White Sox competitive window!