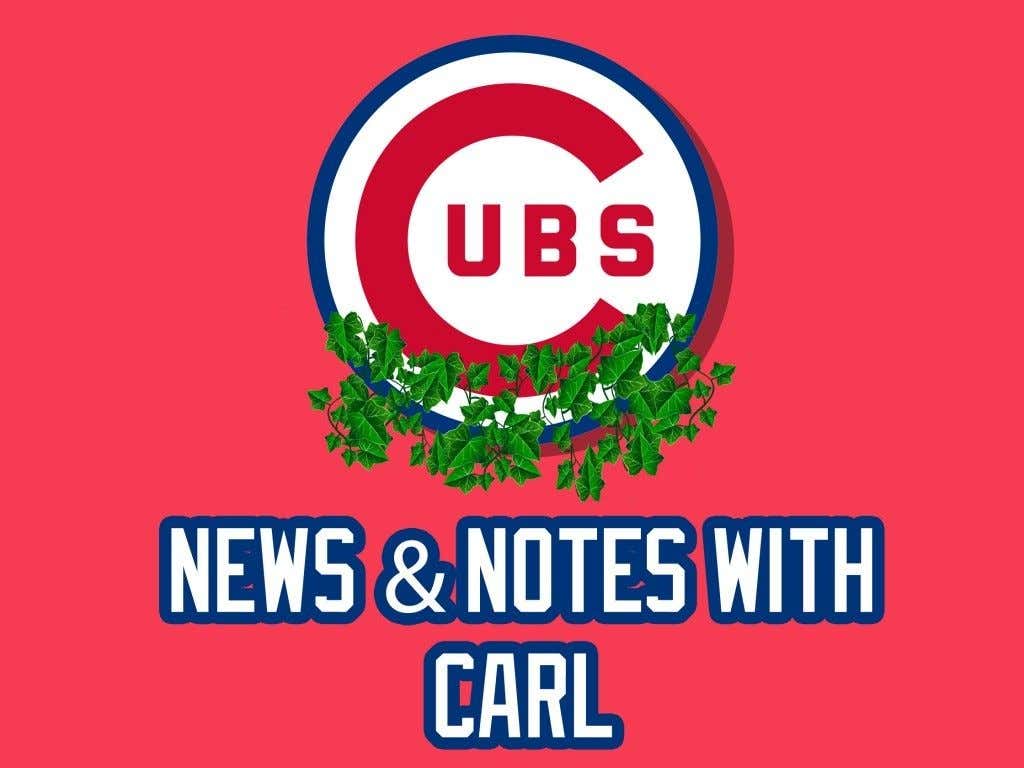 Good morning, afternoon and evening baseball fans. Today is Tuesday February 5th and this is another baseball blog without baseball being played. It’s getting old and tired to say the least, but my spirits are naturally high. Cubs’ Pitchers and Catchers report in 8 days and my stomach says 2019 is going to be a special season.

At the very least we all know Theo Epstein is aggressively yet methodically counting down the minutes until Opening Day. I’m a big follow-the-leader kind of guy and Theo has set a pretty obvious course this offseason. He’s signed Daniel Descalso, two relievers for a whopping $5m in 2019 salary and a 38 year-old who hasn’t pitched professionally in 12 years. It’s Power Moves Only season on the northside of Chicago and Theo is in prime form.

At least that’s what I’m telling myself. I keep going back to the Trust Well but that’s where we are with the decision makers. They’ll do what they can to give fans the best chance to enjoy another World Series. That’s the best you can ask for and we have some of the best in the business in that tireless pursuit.

On top of that we’ve got some compelling conspiracy theories I’ve been drumming up related to Bryce Harper. The news is stagnant and now we’ve got the Padres lurking. The Phillies apparently can’t take No for an answer and still want to be involved while the Nationals and White Sox still wait for more clarity.

For several weeks now the Cubs have been on the outside, allegedly. It’s been clear financial restrictions exist but also reported that Harper would be willing to give the Cubs a last look, whatever that is supposed to mean. After years of speculating around the Harper/Bryant friendship, a last look would certainly make sense for either side.

If it gets to that point, Theo could end up making one last call to Tom Ricketts to say Here’s what it would take to get Bryce Harper right now. Yes nor no.

I’m not saying Bryce Harper to the Cubs. I’m just saying there could be one more big decision looming and maybe there’s a chance Tom Ricketts pulls the trigger. In this hypothetical, I’m assuming Theo has to do more to win Ricketts over internally than Harper externally. The fact Bryce remains unsigned tells me he’s holding out hope for something too. More money, sure. Better location, definitely. With the Phillies, White Sox, Padres and Nationals being the reported front runners, you have to imagine the door isn’t entirely closed. That’s cold hard common sense.

Anyways, I mentioned this earlier but the Cubs signed 38 year-old Luke Haggerty which hopefully isn’t an unfamiliar name if you read my blog on him a few weeks ago. Personally I love this story for several reasons: (1) feels good, (2) he throws fucking gas and (3) we need the bullpen depth. That said, idk how realistic it is to expect him to succeed. Like 12 years without professional baseball to Spring Training with The Cubs? Amazing the opportunities you can create for yourself when you throw 99 from the left side.

Speaking of opportunities, the Cubs signed reliever Tony Barnette recently to a 1-year deal worth $750K which is a shade above league minimum. He pitched somewhat regularly in Texas the last 3 seasons after doing 6 years in Japan as a closer.

I like this a lot because as I’ve said since Yu Darvish showed up, he needs some friends in Chicago. Barnette has the chops to be that guy. His last 9 seasons of pro-ball in Japan and Texas are perfect for Yu. Relatable experiences, mutual friends mixed with new opportunities usually means a blossoming friendship. And naturally my instincts say a happy Yu Darvish = 2019 NL Cy Young Award Winner. I’m hoping he and Barnette really click.

Don’t believe me? Look at this instagram video of him throwing over the weekend.

I have to remind myself that’s a top 10 NL arm *when healthy. When unhealthy, it’s the equivalent of setting $21,000,000 on fire and then spending another $20,000,000 on Cole Hamels. It’s important to spend more time on the positive stuff though so let’s get back on the 2019 Hype Train and pretend Yu has no injury risk at all. That’s way more fun.

It’s notable to the Cubs though because Joe is very active within the family and had reportedly contributed/distributed $400m to a trust that purchased the Cubs. Reportedly. I don’t know because I’m not an investigative journalist. I’m just saying people are making this about the Cubs because he’s Tom’s dad and co-mingled assets 10 years ago so his kids could buy the Cubs.

Ultimately it’s up to you as a Cubs’ fan how you want to feel. If his comments personally offend you, then you should be offended. If they don’t, move on. It’s a free country.