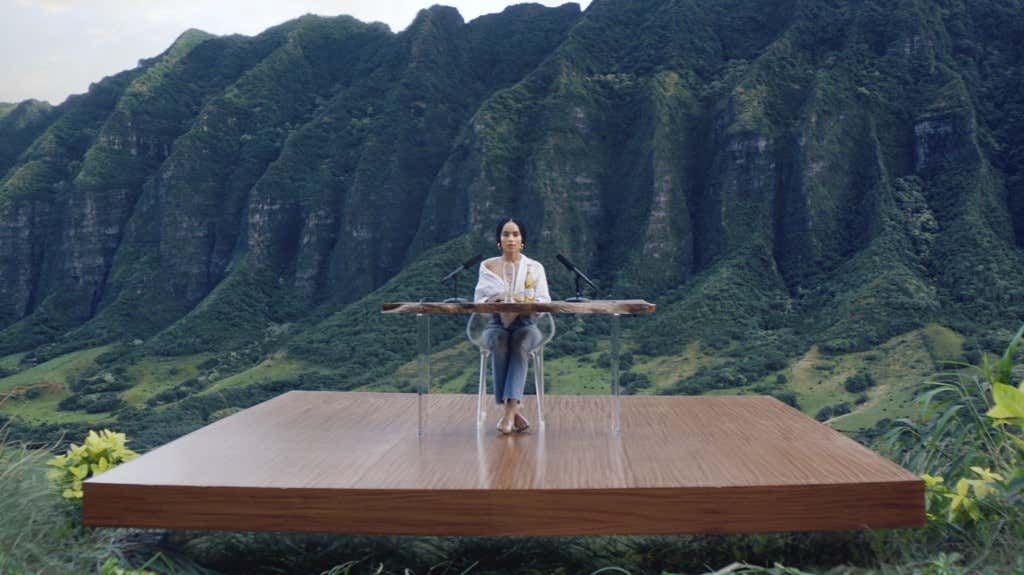 Associated Press: A new Super Bowl commercial aims to calm frenzied football fans with oddly relaxing images of actress Zoe Kravitz whispering into a pair of microphones and softly tapping on a bottle.

The beer ad already has drawn more than 10 million views and stands to expose a vast audience to an internet craze known as ASMR, or autonomous sensory meridian response.

Some people spend hours watching videos of hair brushing, paper crinkling or “happy little clouds” artist Bob Ross painting because they say it makes their brains tingle. They report feeling a rush from the subtle, repetitive sights and sounds, but is it all in their heads?

Not everyone feels ASMR. And so far, there’s not enough evidence to recommend it as a stand-alone treatment for depression, anxiety, insomnia or any of the other problems its fans claim it solves.

But a few scientists are trying to study ASMR, and there is evidence that there might be something to it. And if any harm is done, it’s not financial: It’s usually free.

Absolutely huge news for the ASMR community. We’ve slowly been making it mainstream, but this is going to take it to another level. A lot of people are going to watch that commercial and be freaked out. I wouldn’t say it’s the best form of ASMR our community has to offer. Also springing ASMR on someone by surprise isn’t always as effective.

Personally, I think we should have gone with a more experienced ASMRtist to be our leader as we break into the world. ASMR Darling and Gibi ASMR would’ve been better options.

Also this other kid did a great ASMR video I saw the other day.

I’m sure he would’ve done it if asked.

I was excited for the game Sunday, but now I’m even more excited for this. The future of our community rests squarely on this commercial’s shoulders. God speed to all my fellow ASMR die-hards out there.