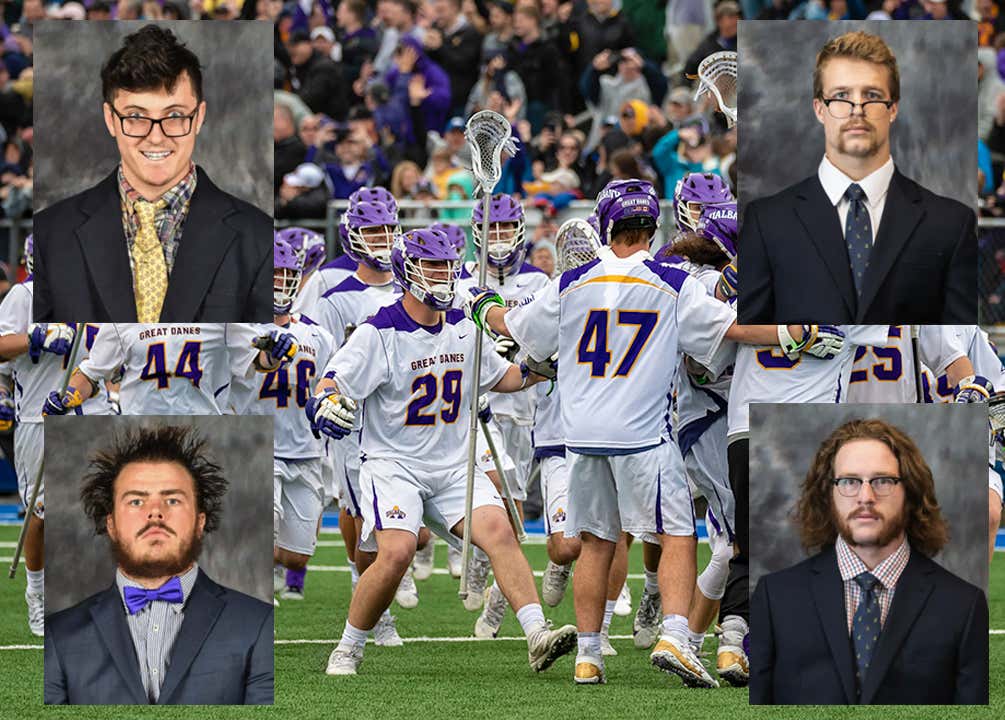 I consider myself to be an Albany Lacrosse hipster. I’ve been on the Dane Train since before it was cool and it all started a few seasons ago when the Gooney Tunes up at Albany put together some of the sexiest looking roster bio pics the world had ever seen. It was at that very moment that I realized this was going to be my squad moving forward. And since then, the boys have done nothing but deliver both off the field with their ridiculous looks and on the field with their ridiculous play. It all culminated last season when the Danes advanced to the Final Four for the first time in program history. Which just goes to show you that a team can have a little fun and still ball out on the field when they need to. Obviously it didn’t end the way they hoped it would, but to be one of the last 4 teams playing NCAA DI lacrosse on Memorial Day Weekend? Yeah, the Albany Great Danes are the definition of “Work Hard, Party Hard”.

Anyway, the roster bio photos have become a tradition at this point and they’ve essentially become a signal that college lacrosse season is finally here. So without further ado, here are the best of the best.

(Quick Disclaimer that as the years keep going, it’s going to be harder and harder to crack the “Best Of” list.) 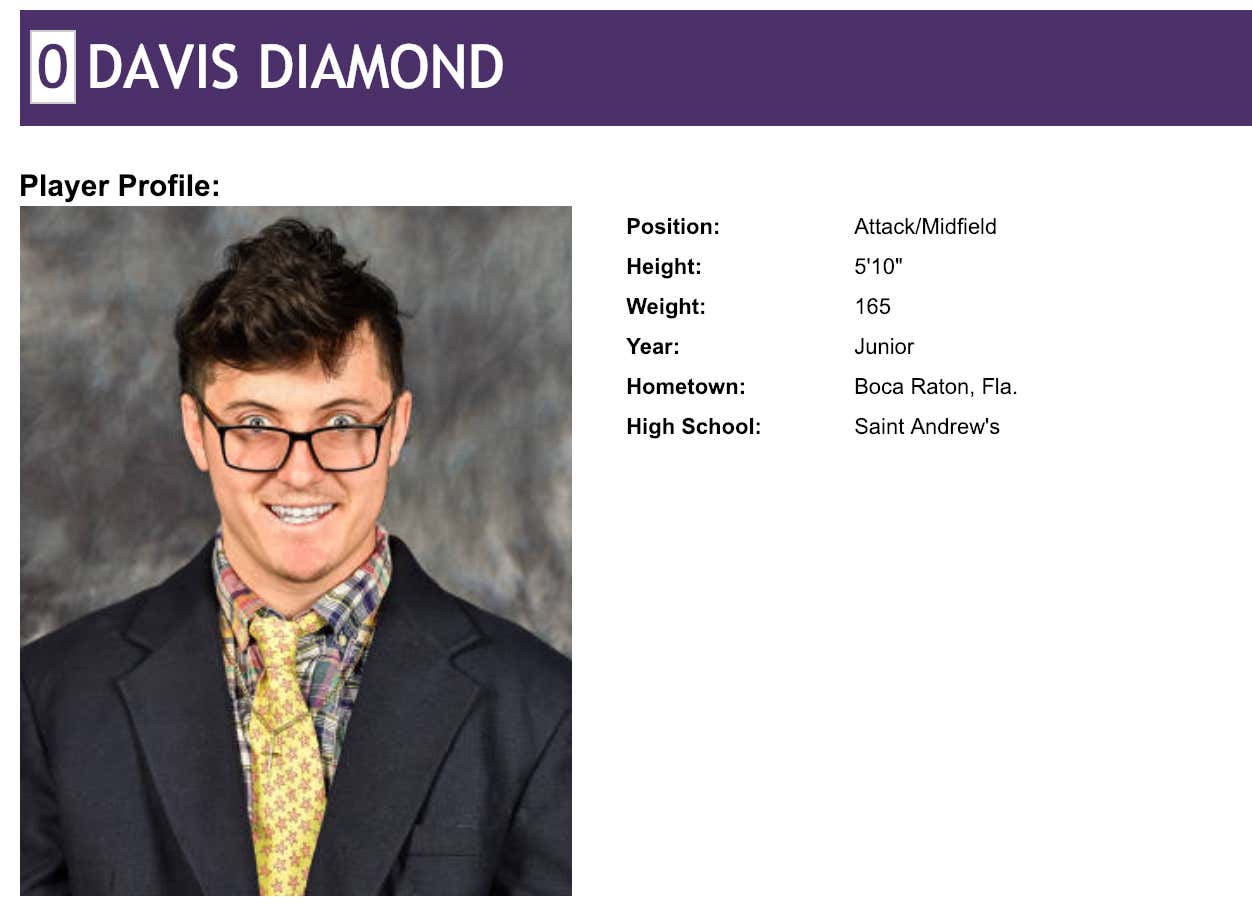 Davis Diamond has become a staple of this blog since the moment he first stepped on campus at Albany. He’s gone through a few different looks by now in his 3 years as a Dane but one thing continues to remain the same–he constantly looks like someone who is going to have his name called during plenty of NCAA “random” drug testings this season. I mean that right there is the face of a man who hasn’t even seen his bed in 72 hours. 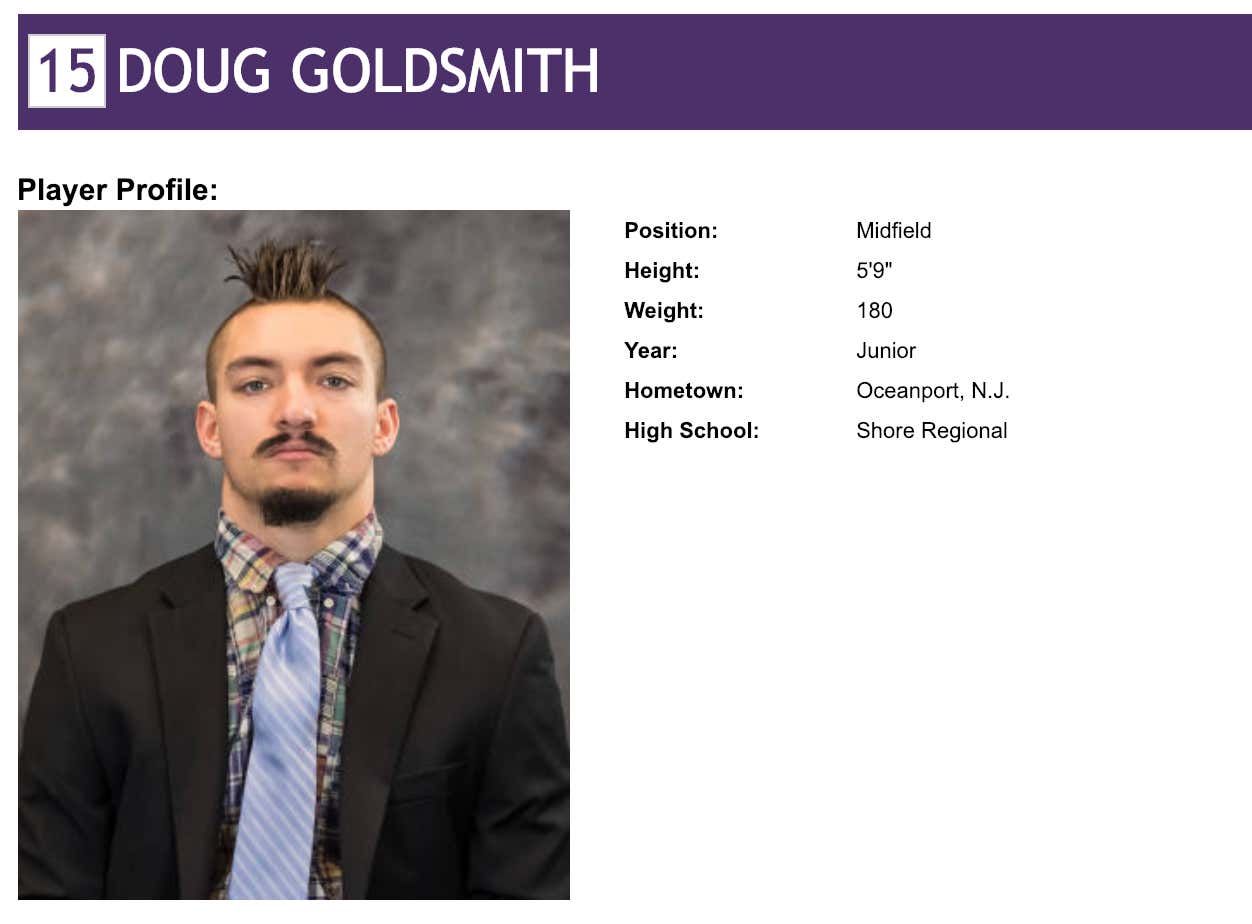 Unfortunately I’m going to have to disqualify Doug Goldsmith this year considering it appears that he’s using the same headshot as last season. So this is not an official spot in the “Best Of” roundup. With that being said, he still looks like a pineapple that could kick my ass with ease. 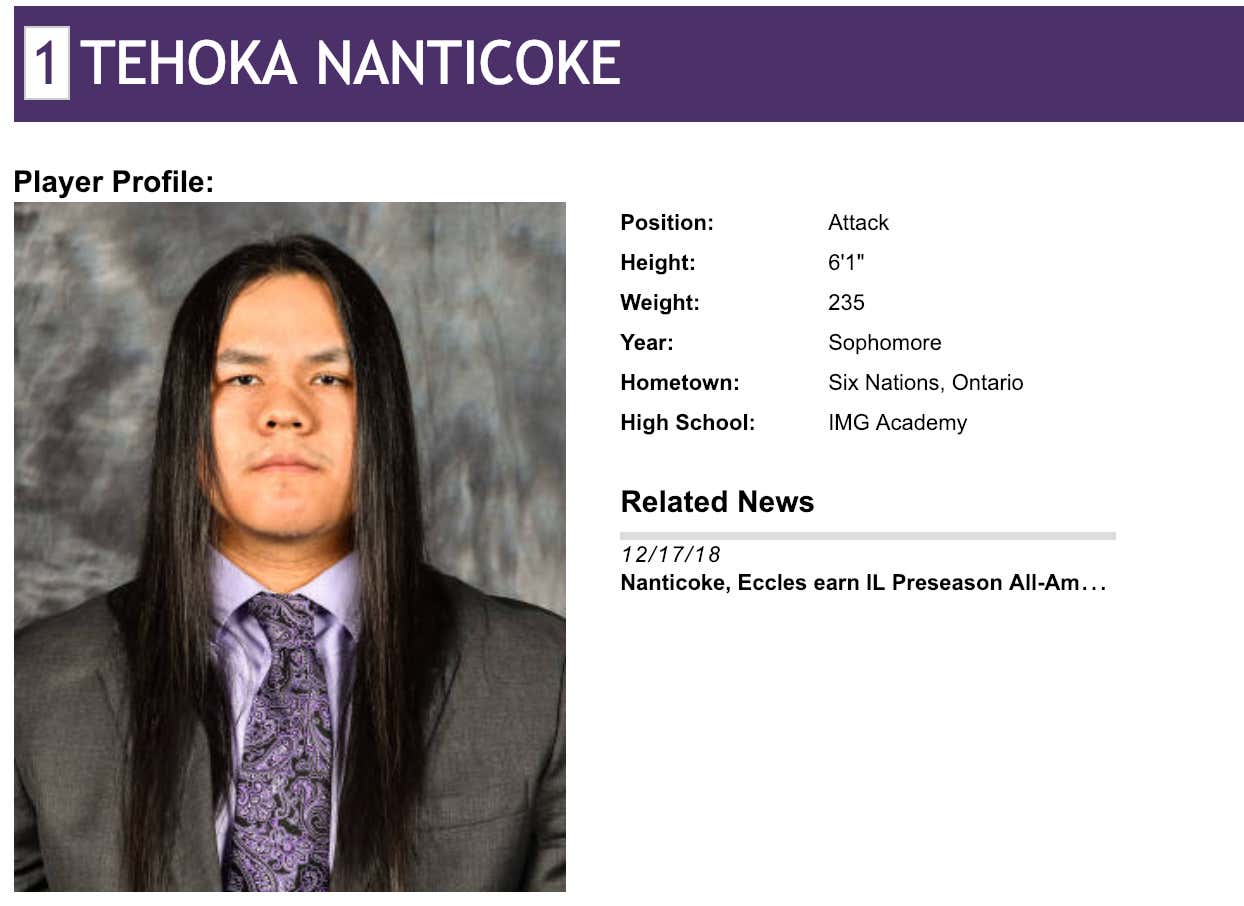 The only thing that could make this Tehoka headshot any better is if they let him wear his box lacrosse helmet. Which brings me to my next point–LET TEHOKA WEAR THE BOX BUCKET THIS SEASON. Out of all the corrupt shit that the NCAA does, forcing Tehoka to wear two Cascade CPX-R’s fused together is quite possibly the worst of them all. 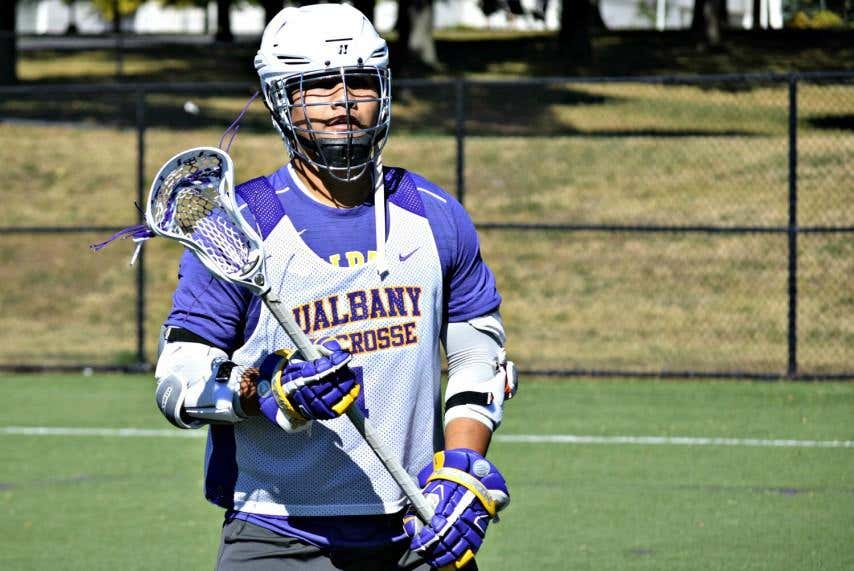 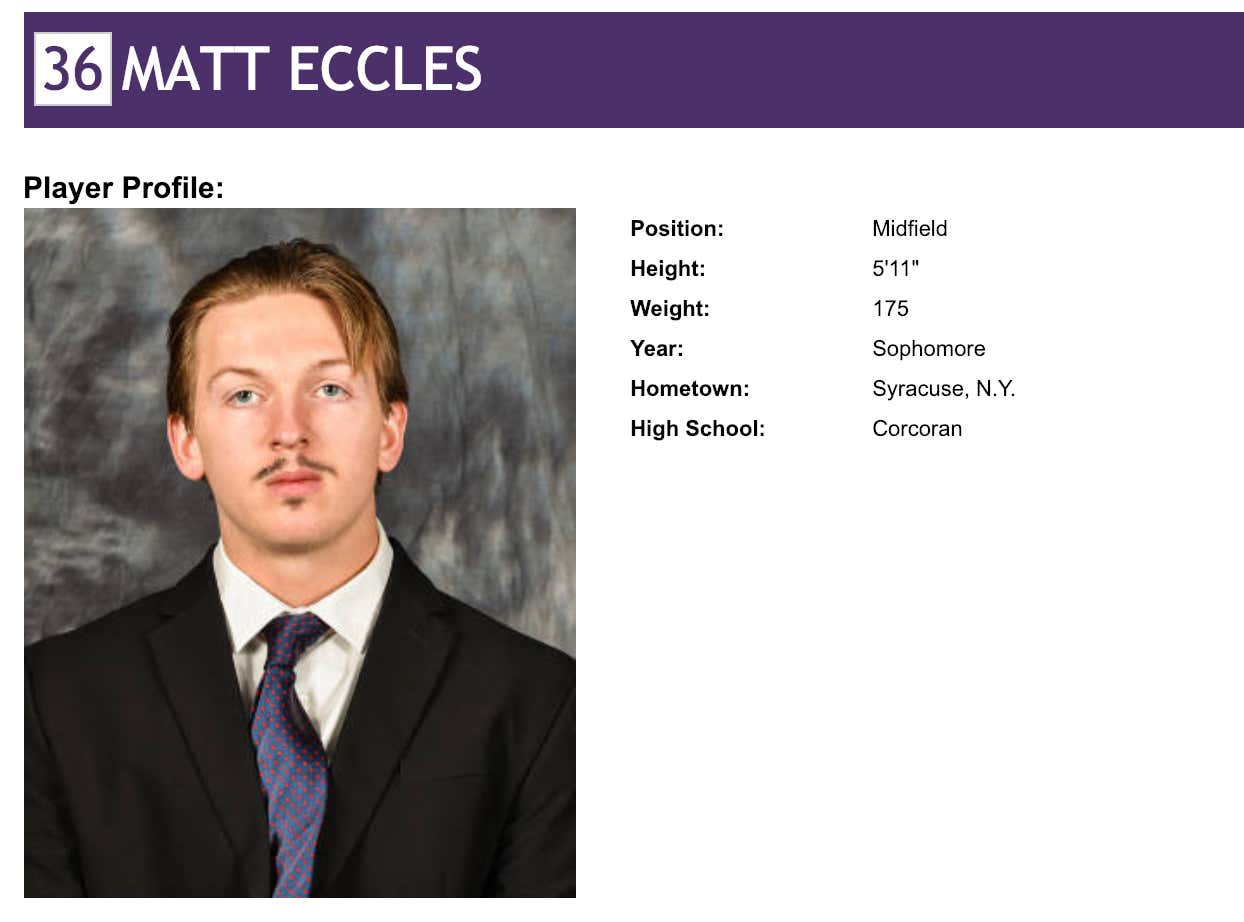 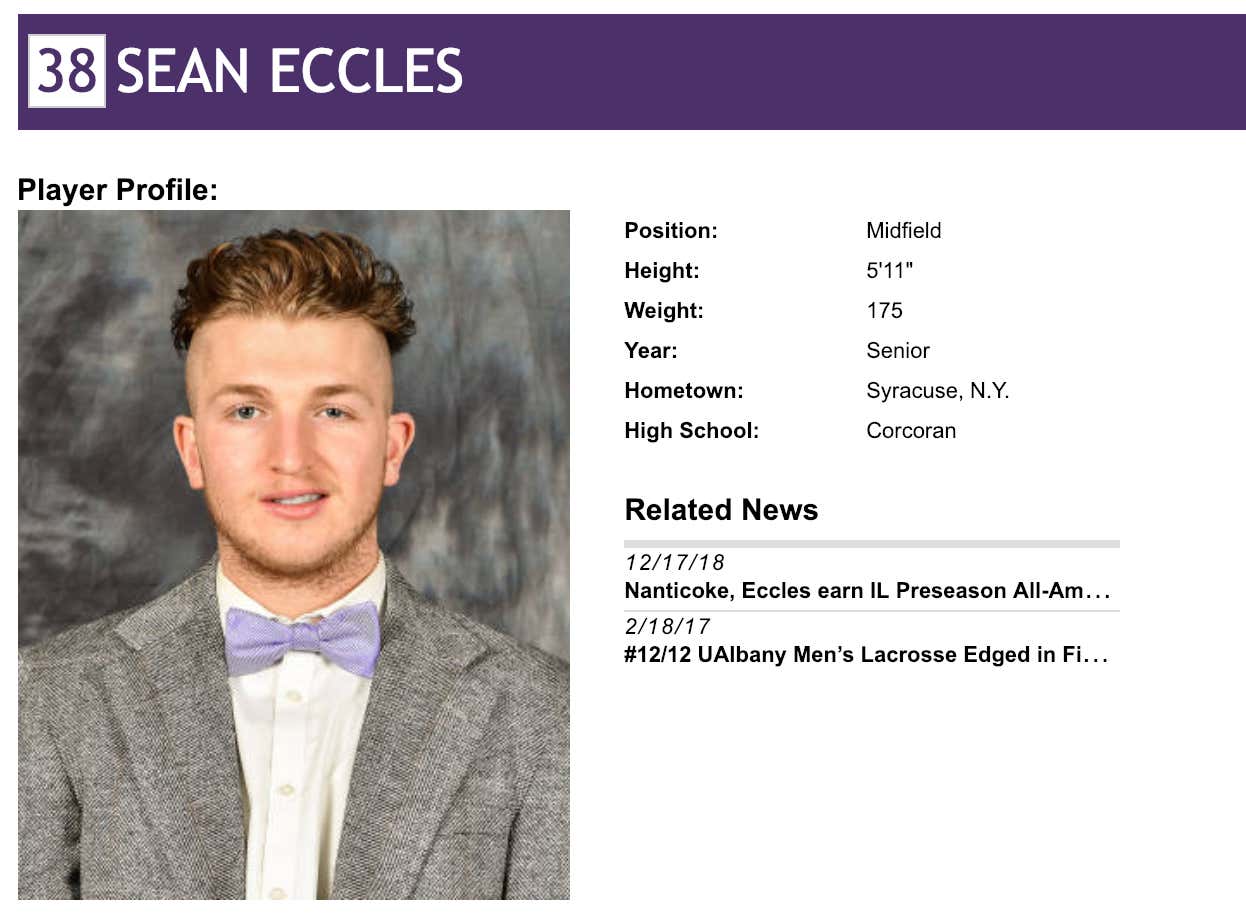 I know that when people think about the Royal Family of Albany lacrosse, they typically go with the Thompsons. Which makes sense and everything considering they’re the greatest players to come through the program. But when I think about Albany lacrosse, I think of the Eccles family. It all started with Derrick Eccles back in the very first roster bio headshot blog. And now we’ve got Sean the senior and Matt the sophomore carrying on the tradition. This year it looks like they took a bunch of inspiration from the Peaky Fookin’ Blinders. I’m picking up some real strong Billy Kimber and John Shelby vibes out of these two. 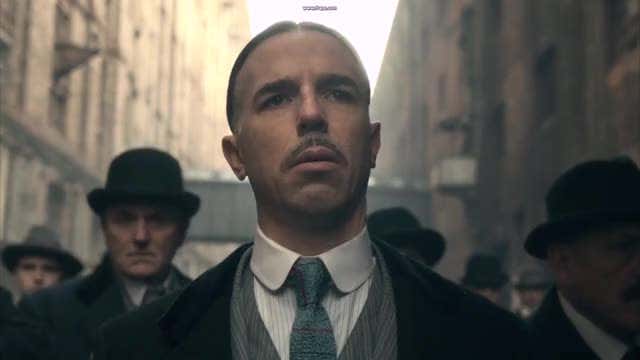 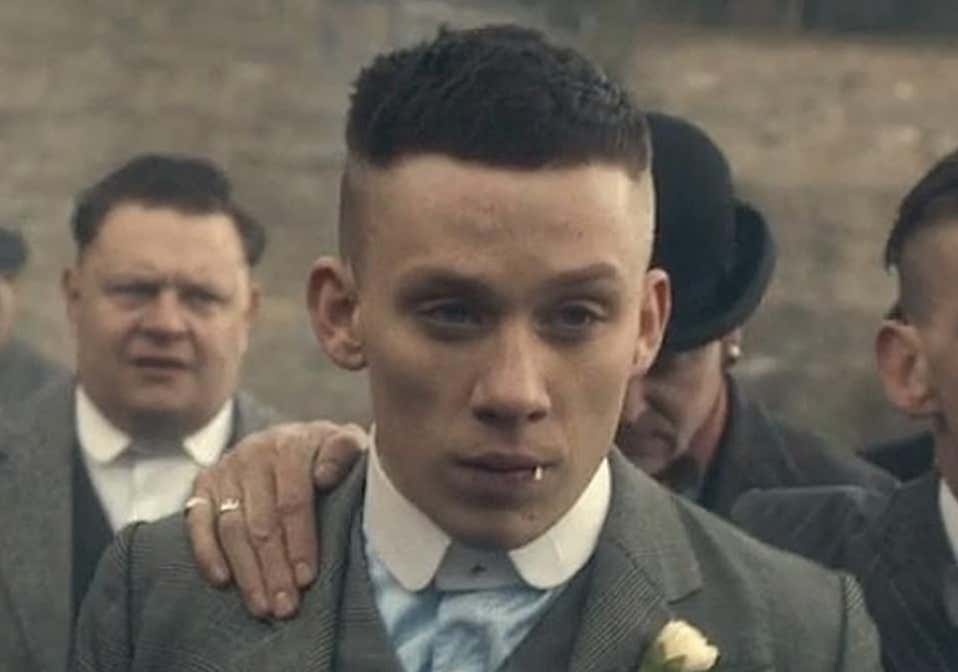 And if I had to pick one family to be a real life version of the Peaky Blinders, I’m obviously going with the Eccles. 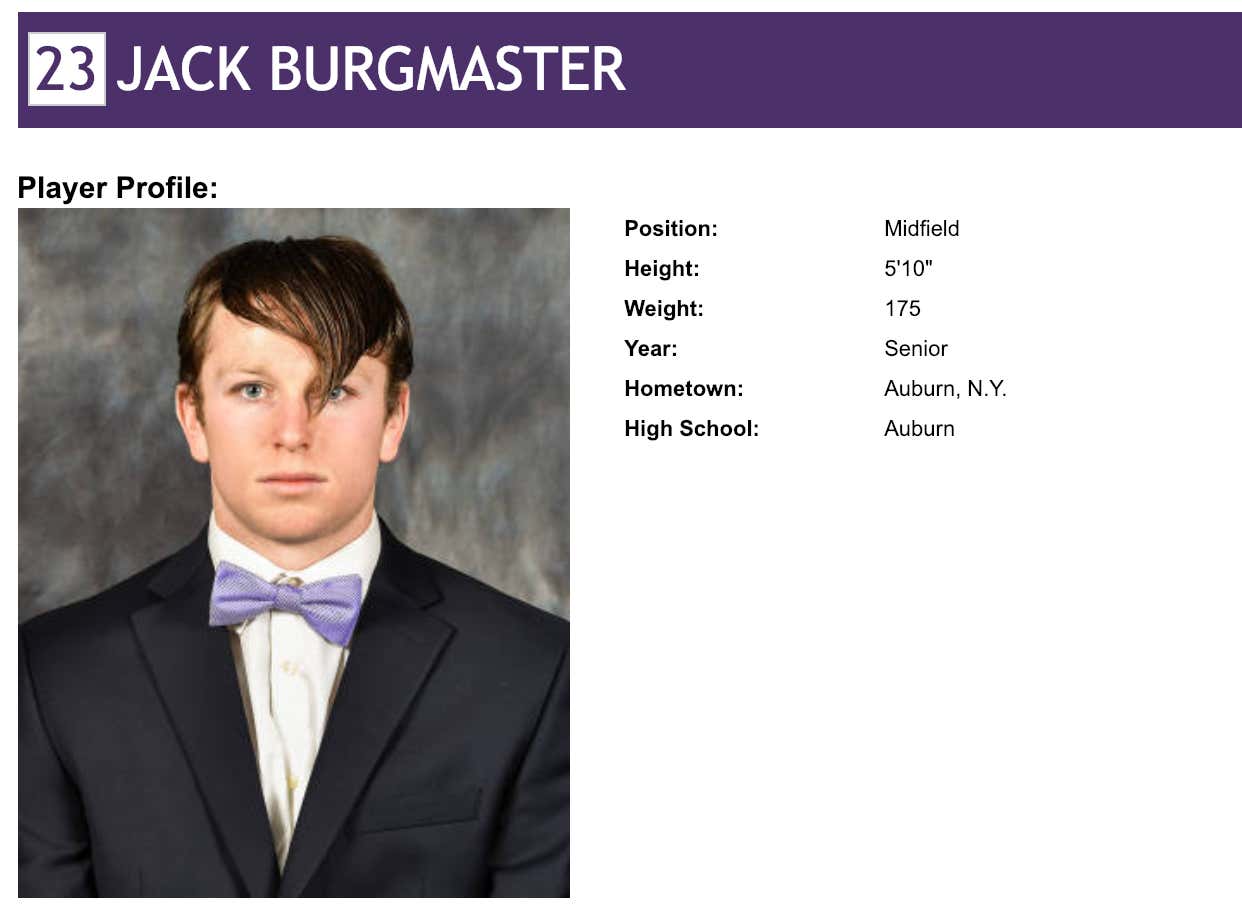 “The painting was a gift, Todd” 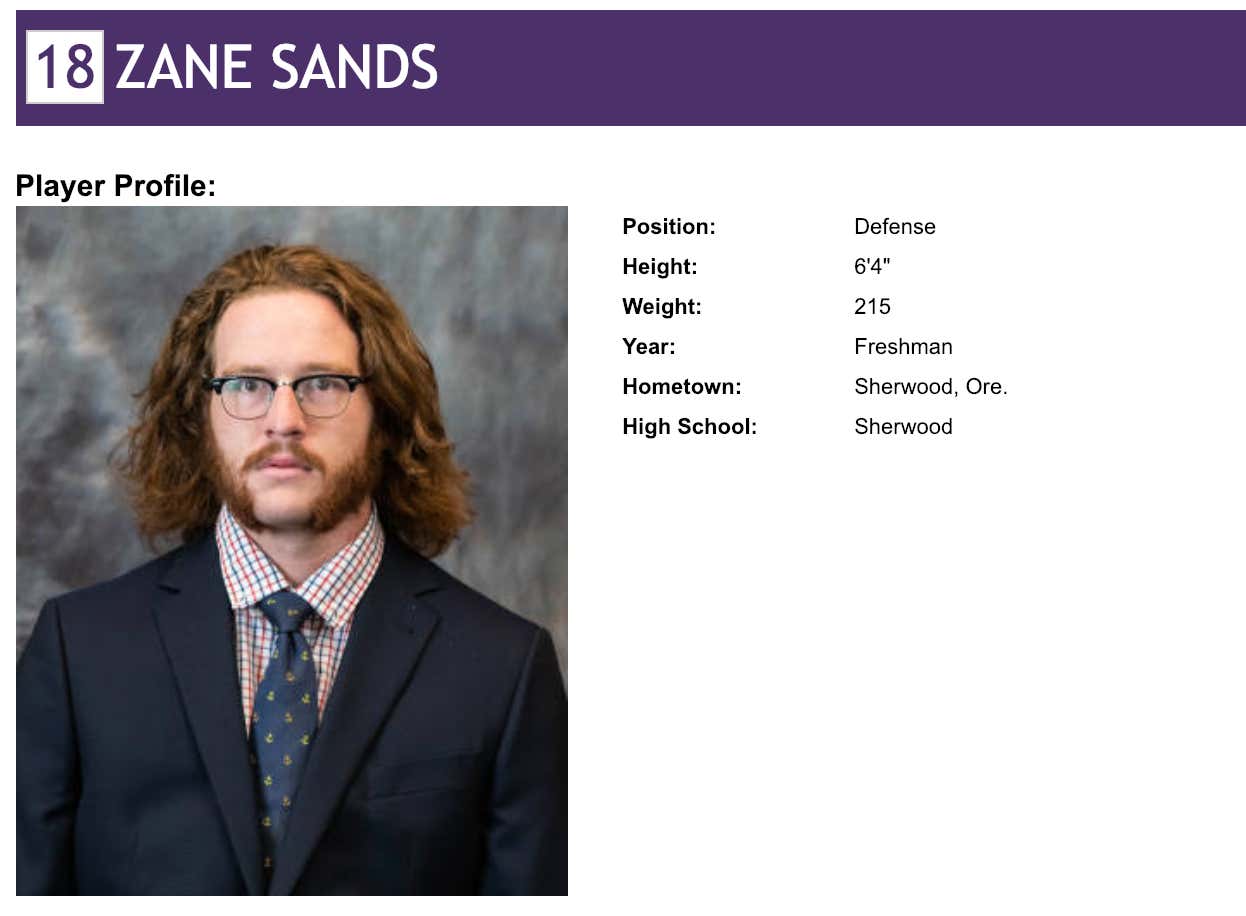 I’d say there’s a relatively strong chance that Zane Sands killed a few squirrels as a child. You know, just to test out the tensile strength of their neck. At the very least, he was burning the shit out of some ants with a magnifying glass. Not that there’s anything wrong with that. All I’m saying is that if I were an attackman getting covered by Zane Sands, I’d start to be a little worried with just how in-depth he went with his scouting report. He’ll probably know some shit about you that you didn’t even know yourself. 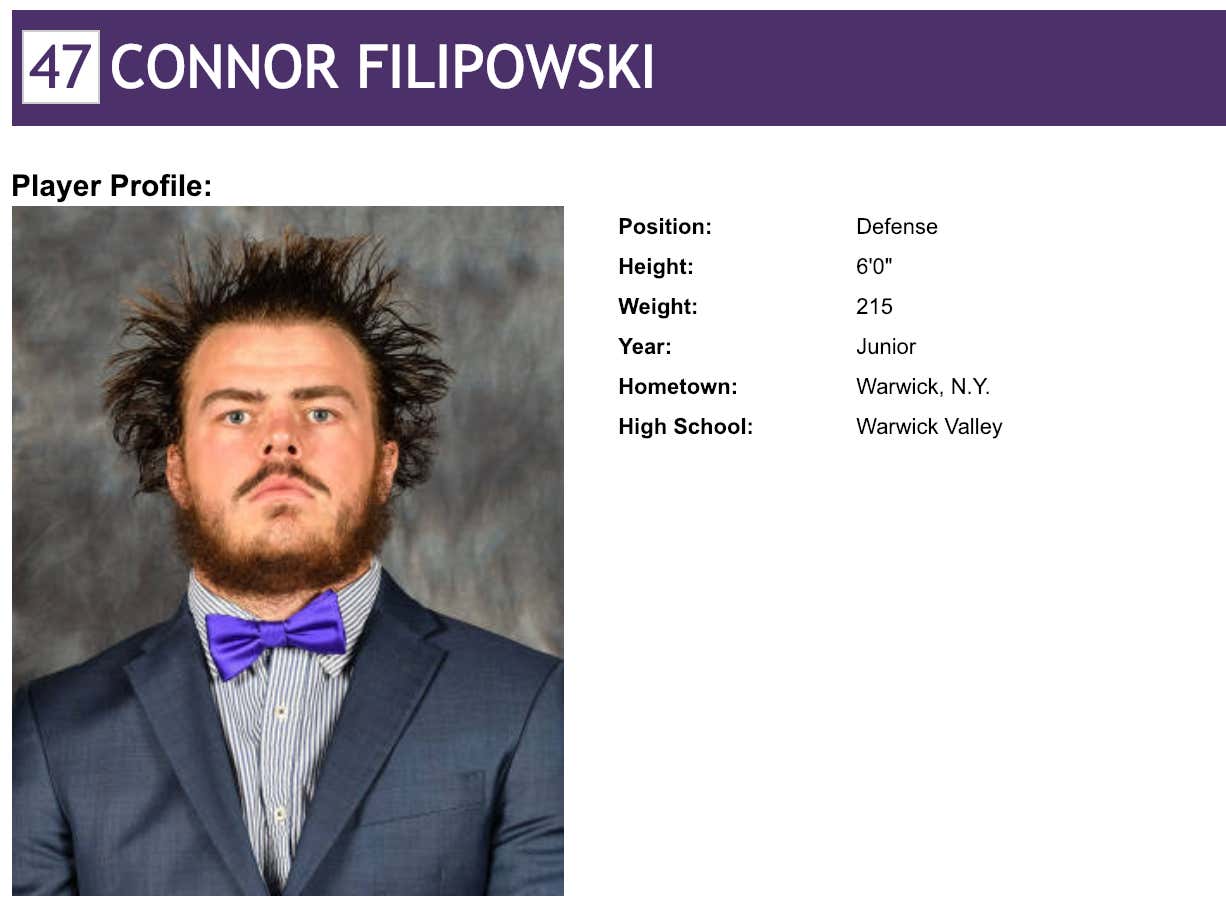 Well would ya take a look at this highly upstanding citizen of society. Fellas,,,,,this man shows up at your door to watch your child. What do you do? Keep in mind that he used to look like this… 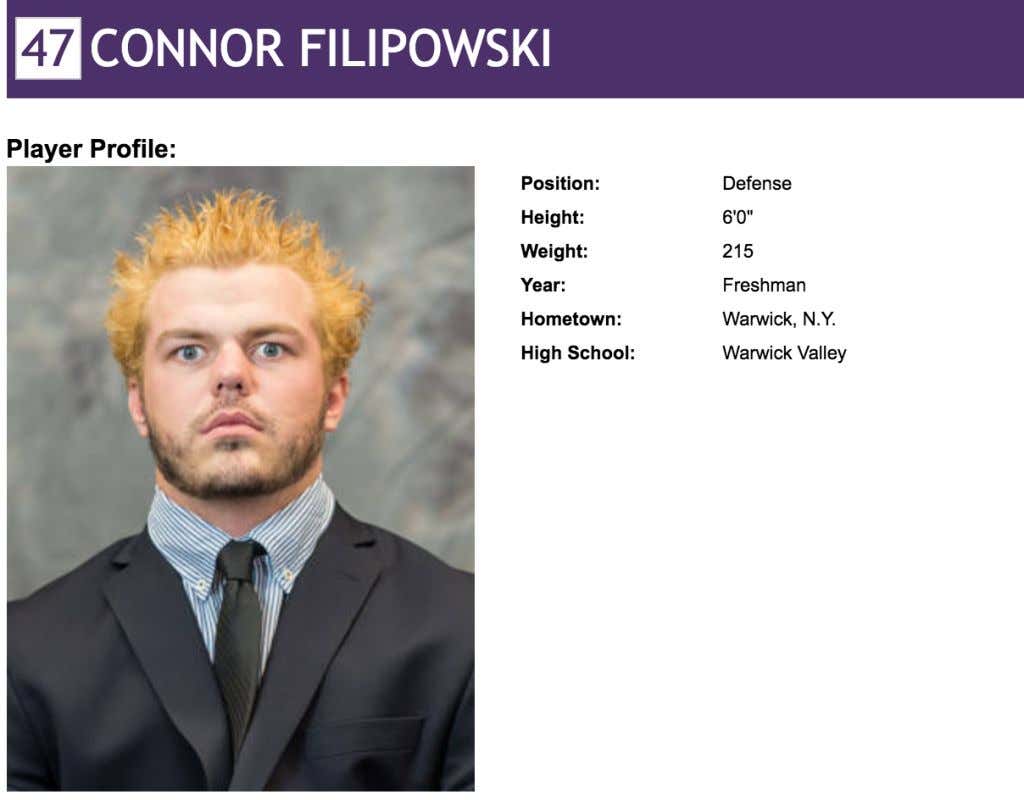 So he somehow manages to look a little less criminally insane today than he did 2 years ago. They grow up so fast. 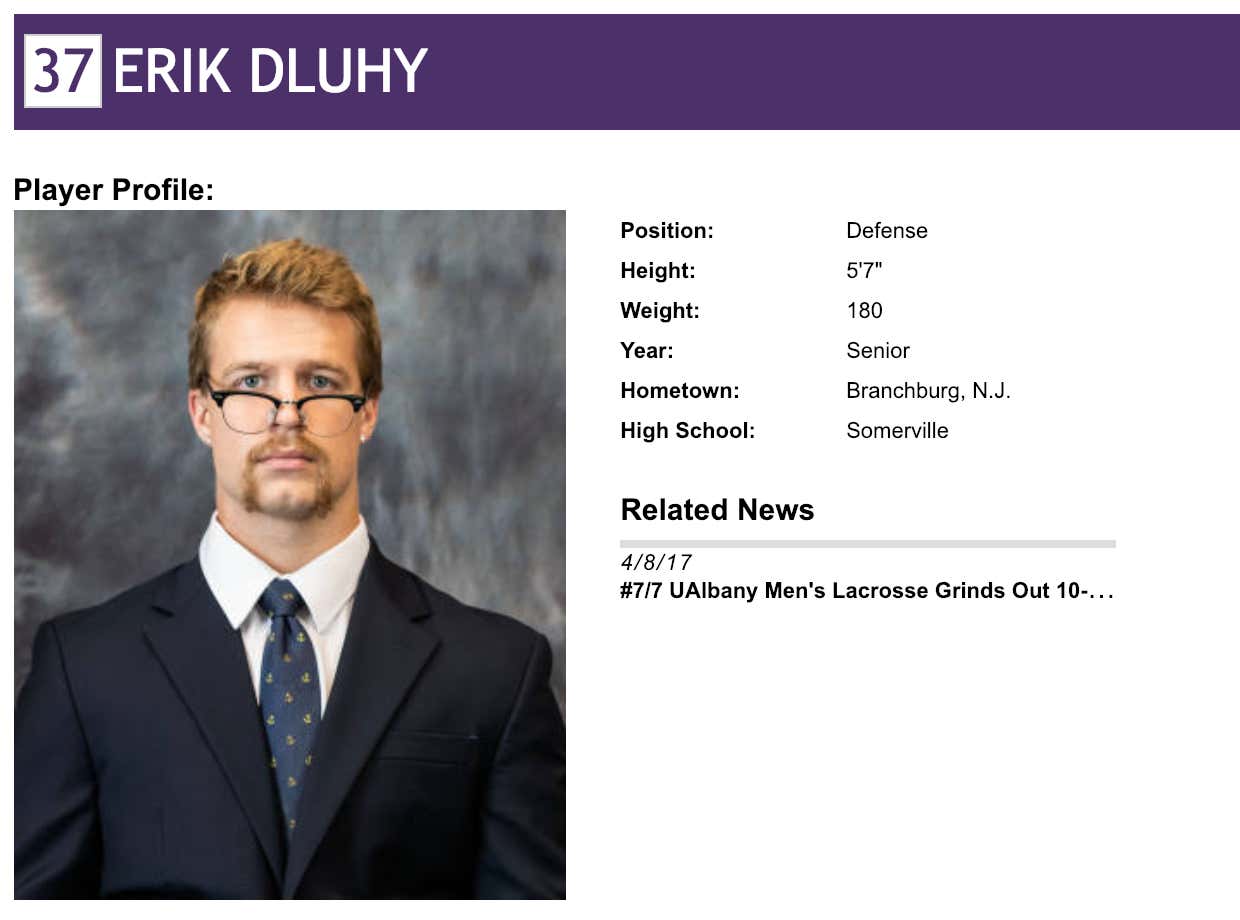 It’s like if one of the sons from Orange County Choppers decided to say “fuck it” to the family business and went into accounting instead of building bikes. 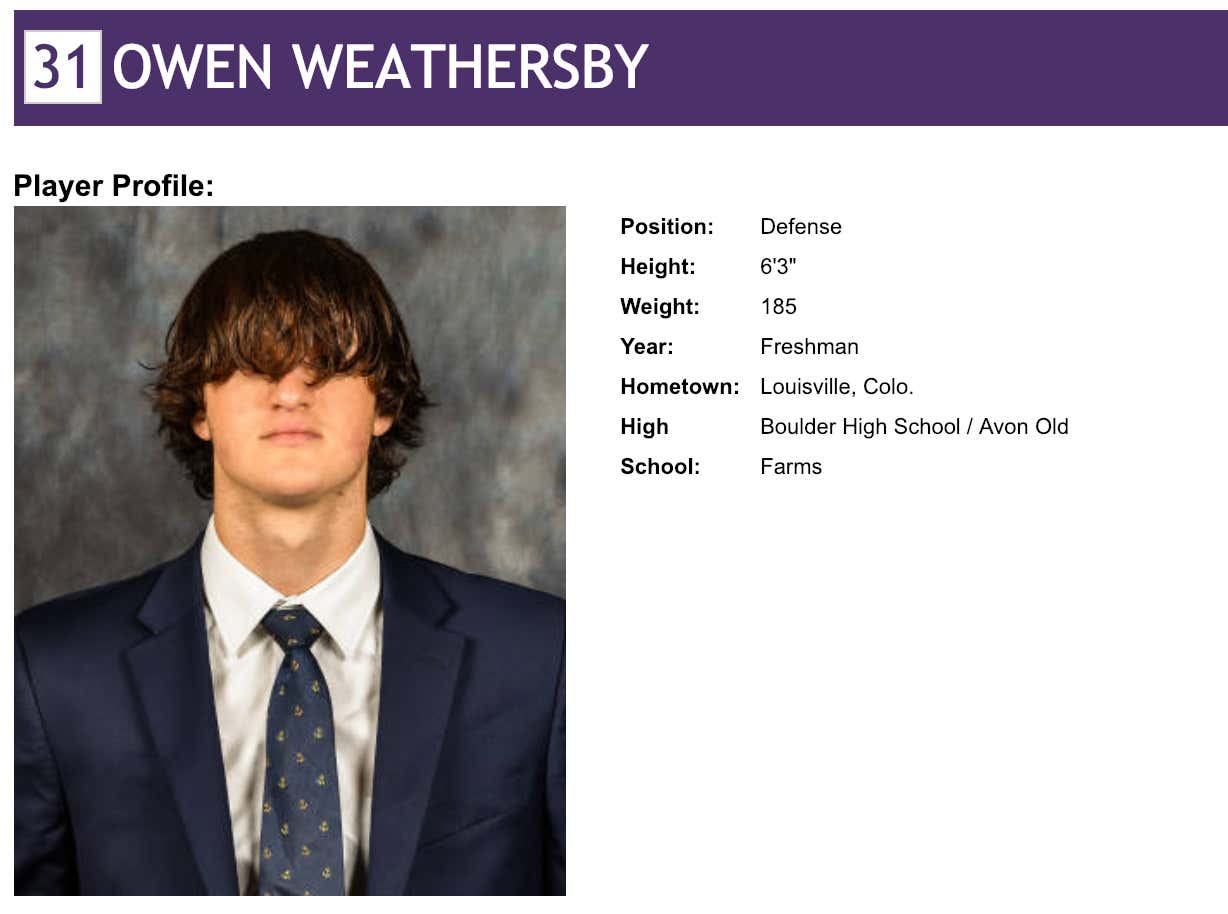 What’s the best way to block out all the lax haters? Just let the flow rage, bro. Also–be prepared to see Owen Weathersby on the All Lacrosse Name Team later on in the season. Expecting monster things out of this kid with that name and that flow. Plus a post-grad year at Avon Old Farms? Owen Weathersby came straight from the Lax Factory.

Like I said, it gets more difficult to make the final cut for this blog as the years go by. This team is squad filled with beauties from the top of the roster to the bottom. And it all starts and ends with head coach Scott Marr. So do yourself a favor and check out the whole roster right here. But as far as the boys who I think really went above and beyond, these are my top 10. And speaking of top 10, hopefully Albany can find themselves back in the top 10 soon enough as they’ve been ranked anywhere between 15-17 in the preseason NCAA rankings right now. Obviously it’s going to be a different year for the Danes without having Connor Fields and TD Ierlan on the field anymore, but it would be ill-advised to ever count these goons out. Roll Danes.