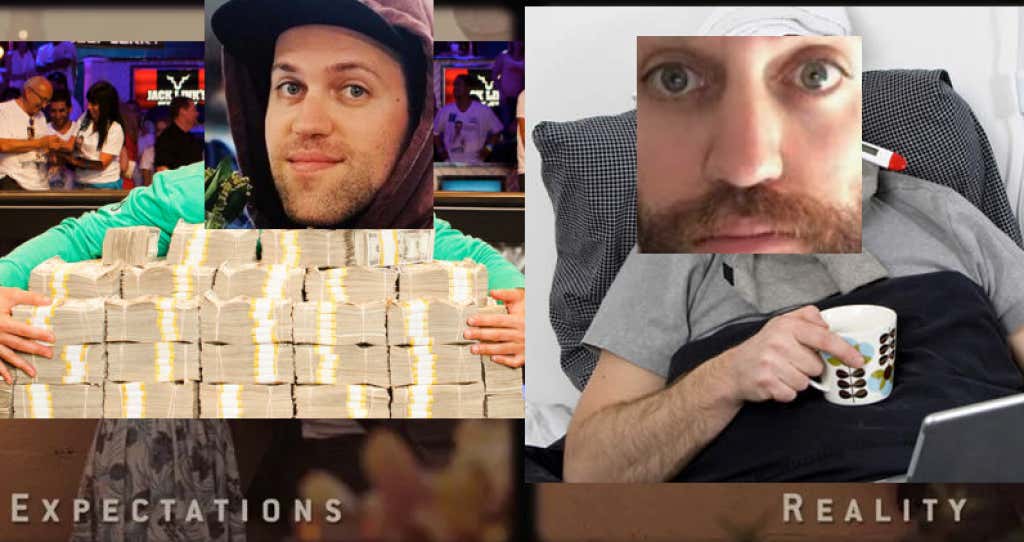 One of my New Years Resolutions for 2019 was to play more poker. I love playing poker tournaments, I’m decent enough at them to be profitable, and I don’t get to play that much due to living in NYC and having no casino nearby. Another New Years Resolution of mine was to travel more. Get out of NYC every here and there. Since 2013 when I was hired at Barstool, I’ve done very little traveling. In fact, I’m pretty sure besides weddings, funerals, and work stuff, I don’t think I’ve ever actually gone anywhere. So I thought to myself, “hey, you’re 30 years old, you’re going to rot and die and never see anything or go anywhere”. So what do you do when you want to play poker, and you want to travel a bit more? You combine both into one, duh!

I started the year off light, coming to b-e-a-uuuuutiful Atlantic City for the Borgata $450, $1 Million guaranteed tournament. It’s hard to beat that sort of value, and while I’ve never had much success in Borgata tournies, staying at the hotel is s delight, as is just getting out of the City, even if it’s only to NJ. So I came down early Thursday morning, with Flight D of the tournament set to launch at 10am, with plans to play Flight E at 5pm if I busted the first bullet.

With just 30 minute levels, the 100k starting stack was a great touch. As most of these tournaments with quick levels go, everyone played super loose at the beginning, and then as stacks shortened up, play got tighter. I was very up and down the first few levels of the day, dropping to 80k, back over 100k, dropping down to 48k, and then blasting that up to 167k. Interesting hand when I was down to 48k at 2k BB, it went raise to 5k, call, call, call, I was on the button with QJss and shoved all in. At worst I pick up over 50% of my stack (the 2k ante, the 3k in blinds, and the 20k already in the middle) which is pretty sick, at worst I get called and I have (hopefully) 2 live cards, suited as well. The original raiser tanked for 4 minutes, and then called. The 3 other callers folded. I was up against….Q3hh. WHAT??? I held and more than doubled, and then 10 minutes later after another big hand where I flatted an open with a8hh, flopped an ace, got check raised, and then I piled for barely anything more and he folded (????),  I had 167k. Tournament poker, it doesn’t make much sense at all.

I peaked at 220k, lost a few hands (nothing of note), then busted in a spot I’m fine with. Had 140k at 5k bb, opened the cutoff to 11k with ATcc, button made it 31k or so, folded around to me and I could have flatted, but chose to pile instead, looks extremely strong, he did hesitate for a moment before saying call and then asking if I had aces, which I did not have, and he flipped kings. But then I flopped an Ace!!!! And then he rivered a King.

I ran that hand by 2 good professionals and they said a flat would be fine, but shoving isn’t bad or anything especially with stacks getting shorter later in the day. I’m fine with it. Wouldn’t even be worth mentioning if that devil of a river never hits, and nobody has ever won a poker tournament without getting lucky here or there. He just happened to have the KK, unlucky, good game.

I went up to my room, took an hour or so nap, and then went back down to fire bullet 2. Oh yeah, one more thing about my first bullet. The table I was at, to my right was a big time bigot and he busted when a guy called his shove with 52dd and turned 2 pair vs his AQ. It was awesome.

After my nap, I went back downstairs refreshed and ready to make bullet 2 my bitch. 100k starting stack at 500/1k blinds, perfect. It didn’t go as planned. I think I lost every hand I played and was back in my room in a couple hours. One hand of note was this:

You’re not going to cash every tournament, but I at least wanted to bag and play Day 2 today, but was not to be.

So after bullet 2, I was thinking of going out with a few poker friends, getting some drinks, all that good stuff. Well, back in my room…disaster struck. Out of nowhere like a god damn RKO, I started shivering. Just absolutely shivering like Frosty the freaking Snowman. My head started pounding. My body was more sensitive than a single bridesmaid at a wedding when I’ll Be comes on. Welp, better head to the dessert buffet *for the 3rd time*.

Absolute catastrophe. Here I was, finally trying to relax, play some cards, enjoy the Borgata, and my body was like nope you dumb bitch, not only did you just whiff on two bullets in that tournament, but hope you enjoy Chaps’ing for the foreseeable future (I don’t want to get into details, but if you don’t know what Chaps’ing is in this context, you’re better off not knowing at all).

So I went to bed early last night, and slept all day today. But good news- I finally ate food and so far so good. I got to be better by tomorrow night because I’m supposed to play in this charity tournament 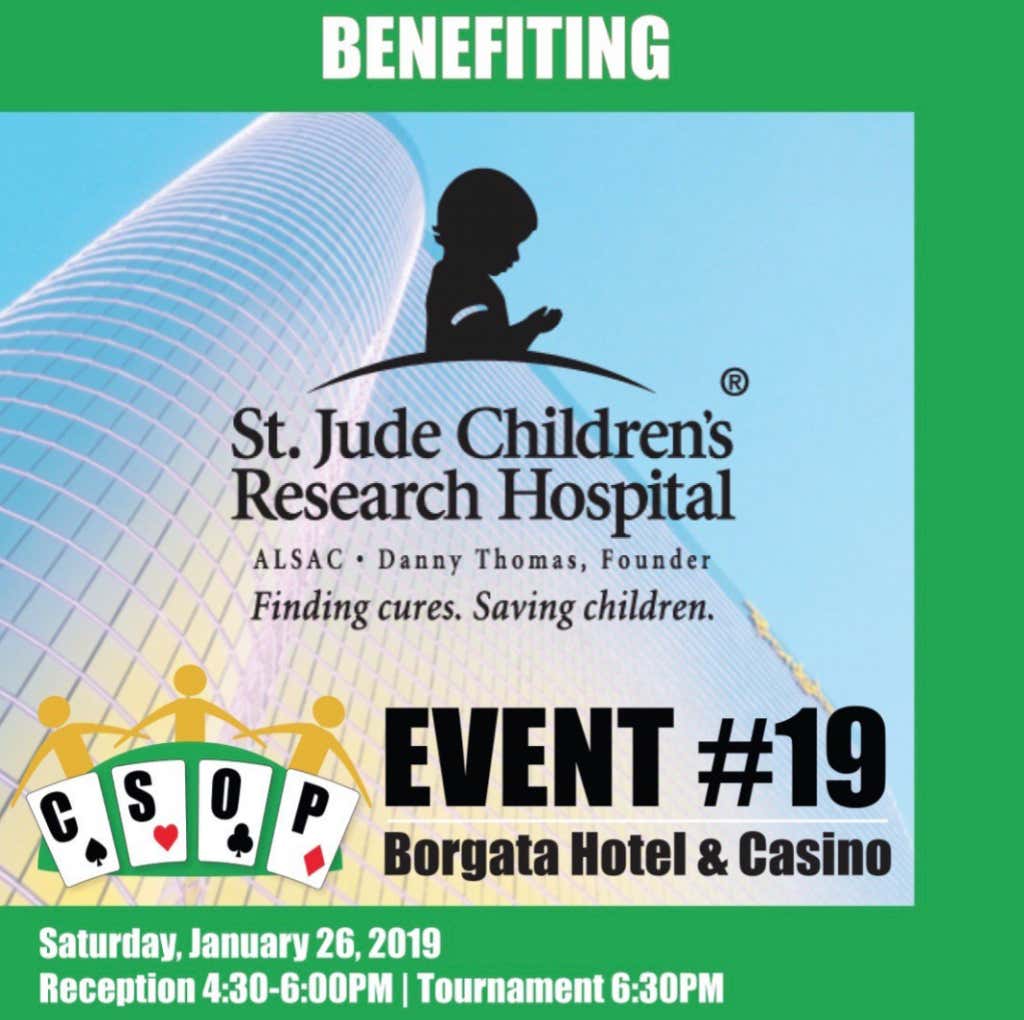 If you’re at the Borgata, please come to this, it’s a fun tournament for a great cause:

CSOP - The Charity Series of Poker (CSOP) is proud to announce our 19th charity event on Saturday, January 26 – the night before the World Poker Tour $3,500 Main Event – in the Event Center at Borgata. The $220 buy-in tournament, which will offer re-entries (no add-ons), will benefit St. Jude Children’s Research Hospital, which treats and defeats childhood cancer and other life-threatening diseases.
Additionally, the event will feature a catered reception with an open bar, food, and live music from Party Cover Band Stealing Savanah, which will be held from 4:30-6 p.m. at the Gypsy Bar.