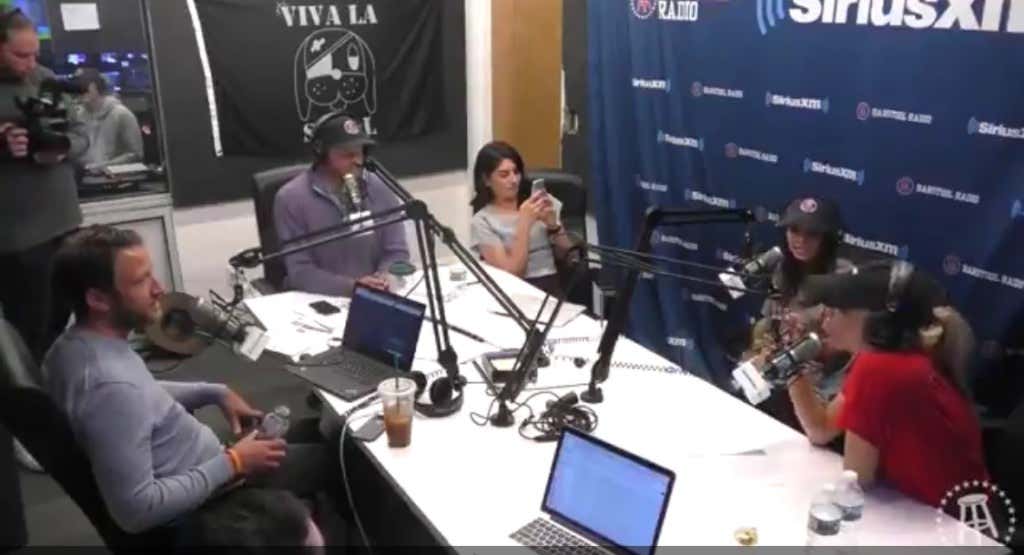 Welcome back to the Barstool HQ Week In Review. I took a break from this in the fall but am bringing it back in the new year. Fitting to bring it back during such a hectic week. Basically, this is just a written recap of the week at HQ. Some behind the scenes stuff that you might have missed in written form. Watch Stool Scenes tonight to get a visual recap.

You hate to start off the week with office tension. There’s nothing worse. Unfortunately, there was some leftover tension from the Bears-Eagles game on Sunday night. Smitty and Big Cat began arguing about how much blame Cody Parkey should really be getting. Dave just wanted to make sure Nick Foles was getting enough respect from the Eagles fans in the office.

Speaking of hostility, RnR7 competitors Marty Mush and Matt Brown took some shots at each other via email.

I don’t just say this to promote the fight, but there are genuinely bad feelings between the two. I can’t wait to see them bash each other’s faces in.

On radio, Dave and Liz got into their “dead wrong off.” Last week, Liz said the Bears are better off playing the Eagles than the Vikings. Despite the Eagles beating the Bears, Liz was not totally backing off her claim, saying it was a “bad bet.” Nobody was sure what that meant. She did admit to being wrong but wouldn’t utter the words “I was dead wrong.”

That night, we headed out to the FanDuel sportsbook to do a live stream for the Alabama-Clemson game. Dave bet big on Clemson, and would walk home with $60,000 if they won. That meant my services were needed.

One celebration led to this unfortunate gif where I appear to suffer a seizure of some sort.

But as I explained in a blog on Tuesday, that was just not the case and it’s sad that I keep getting made fun of for it.

Some astute Internet-er pondered if this was a shot at Ms. Liz Gonzales.

The person that runs the Viva La Stool account reached out to Gonzales that morning for comment. She gave a terse response.

Later in the day was the official launch of Barstool Gold.

It’ll be great additional content (especially the documentary) for those that buy it, and nothing will change for those of you that don’t. Everyone wins.

Elsewhere, I was dealing with constant bullying over my hands from the previous night.

I was disappointed, but not surprised.

Later in the day, boss of the year David S. Portnoy kept true to his promise of buying the entire office (third floor only) coffees with his winnings from Clemson. You may be wondering who was responsible for getting everyone’s orders and then going to Starbucks to hold up the line with 33 orders. That person was me. I went around and wrote everyone’s order in my iPhone notes, and then handed my phone to the cashier. 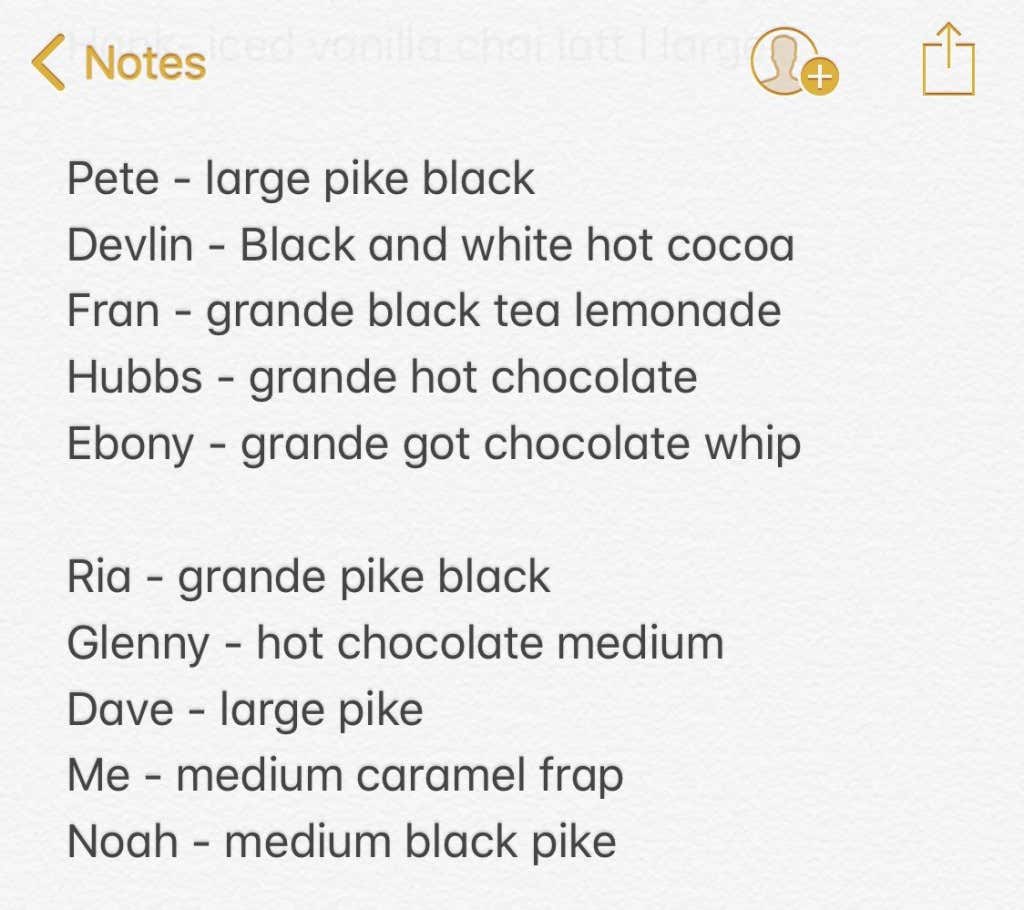 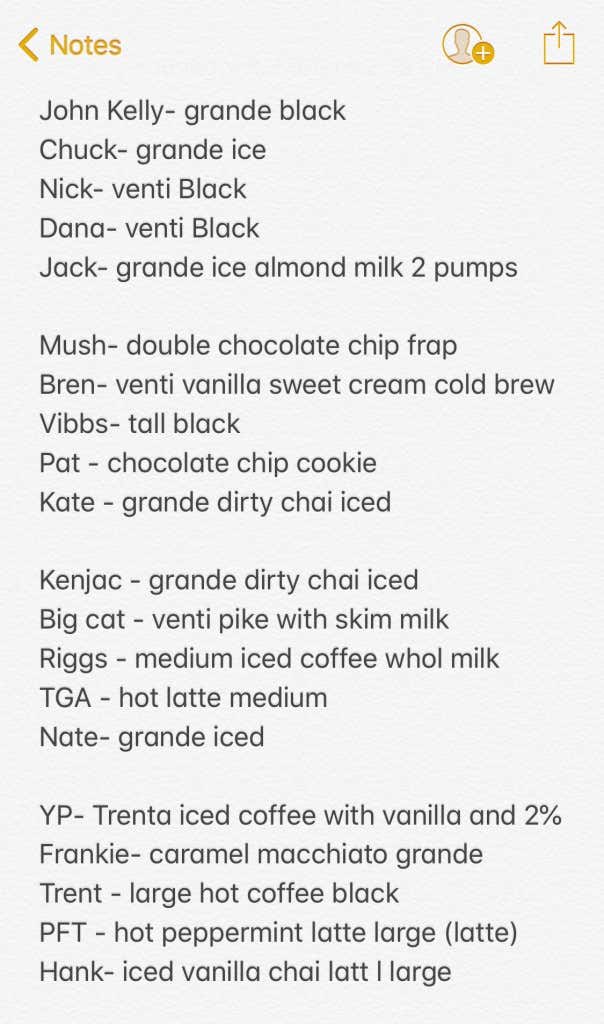 It was a brilliantly executed plan.

On Radio, it was revealed that Kayce was almost sold into a sex trade of some sort at FanDuel Monday night. We then spent a radio segment discussing how much we’d let her go for and what her price at auction would be. I assume a Deadspin article will be dropping any day now.

News also broke that Dave has been compromised.

It’s all hands on deck until this monster is caught.

Wednesday started off as a relatively quiet day.

We had some reactions to the documentary.

Elsewhere, I annoyed people all day by making them watch an ASMR video I made. Full video will likely come out Monday. Some have called it the most disgusting thing they’ve ever watched, while others said it gave them a half-chub. Stay tuned.

On a side note off that, do you guys think it’s gross to share headphones? I had like 12 people wear my headphones as they watched the video (headphones are needed for maximum pleasure). People did have the option to wear their own, but few did. Dave used his own because he thought it was gross to wear the same headphones everyone else in the office was using. I am a germaphobe so I don’t totally disagree. I washed off the foam parts of my powerbeats with hot water and soap before using them again. Other people may have exchanged ear germs, but it didn’t impact me and that’s all that really matters.

Anyway, on radio we debuted a new segment with the Call Her Daddy girls – “Dicks In the Office.” I thought of that myself, and it’s real funny. Alex and Sofia claimed to have a power where they can know a guy’s dick size just by looking at them and knowing their personality. After first refusing to do it, they came back for the last segment and handed out the following ratings.

Big Cat – Small
Hank – 2.5 inches
PFT – biggest dick in the office
YP – shockingly big, like a forearm
KFC and Brendan – matching babies
Dave- average
Rone – pencil dick
Riggs – above average
Nate – very girthy
Frankie – above average, but they disagreed on his girth
Me – above average, in the “six-inch range”

It was a great compliment. I immediately cut up the clip to put it on my Instagram story. Devlin posted it to the main account story with over 6 million followers. It could be the nicest thing anyone has ever done for me. There were other reactions too.

The Dicks In The Office segment led to Rone responding with a vicious blog about the Call Her Daddy girls’ vaginas. There was some debate over if it was too vicious to post. While this was happening, Kevin Hart just casually walked in.

“Valley Of The Boom” stars Lamorne Morris (big fan of Winston in New Girl) and Steve Zahn (big fan of him in Daddy Day Care) were also in the office. You had half the office talking dick measurements, others arguing Foles vs. Wentz with Kevin Hart, and Francis talking comedy with Steve Zahn. Just a standard day at HQ.

You can connect the dots.

On radio, Dave had more updates on him being compromised. After talking to the secret service, he found out that there’s a 5’9”, dreadlocked, African American man posing as him running between banks and casinos. It’s incredible and should be a movie script.

Oh and in other news, Joe Rogan follows Zah on Twitter. Zah wasn’t even following him back and had no idea who he was.

A lot of times, Fridays at HQ are calm and relaxed. Everyone’s generally in a pretty pleasant mood. That was not the case today.

On YAK, we finally got to hear Rone read his blog to the Call Her Daddy girls.

The first segment was some good old-fashioned back and forth between between Cat, Ferrone, Coop, and Franklyn.

Then, Rone dished it out.

The office was loving it.

Meanwhile, khakis and myself got hit with a major ricochet shot.

Everyone was still coming off the high of that showdown when Dave announced that he’s axing the comment section, effective immediately. Most at HQ celebrated. Francis let out a triumphant roar. It’ll definitely be good to eliminate the racism and other bad stuff from the comment section. Maybe in the future there will be a way to bring it back free of all racism and sexism, and just get back to the basics of being funny shit talk.

And that’s a wrap for an unbelievably eventful week at Barstool. On to the next.