So Xander Schauffele teed off 5 shots back from Gary Woodland in the final round of the Sentry Tournament of Champions at Kapalua in Maui yesterday. He bogeyed the first hole and really wasn’t considered much of a threat until this happened.

That catapulted him to just 1 shot back. Amazingly, he did the professional equivalent of the PBFU and executed a rare PET (post eagle top) on the next tee.

Huge credit to Gary Woodland. The guy teed off with a 3 shot lead, fired a 5-under 68, but still managed to lose despite hitting sexual stingers like this.

It’s stunning what it takes to win on the PGA TOUR.

Xander was just too good. No one in the field had birdied the 558-yard par-4 17th until he came through.

Credit again to Woodland. He watched Xander do that then followed it up with a bird of his own to stay tied for the lead.

But again, Xander was just too good. Kid kept his foot on the gas. Here’s his approach from about 280 on the 680-yard par-5 finishing hole (these numbers are outrageous, like when they talk about the distances in space).

He would two-putt from there, and admit that he was quite nervous, but after Woodland failed to get up-and-down for birdie, it was over.

Look at this Xander scorecard.

At the age of 25, Schauffele now has 4 PGA TOUR wins (this is the part where I’m forced to remind you that’s the same amount as Rickie Fowler), $11.4M in earnings, and is the no. 6-ranked player in the world. Pretty good. Add him to the growing list of fearless young studs to watch out for.

A lot of talent in here. 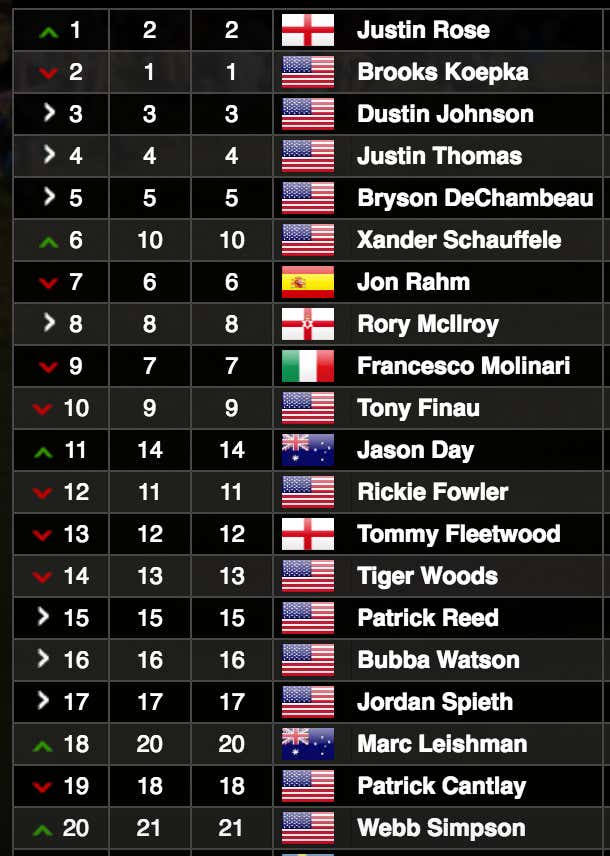 We’re back in Hawaii again this week for the Sony Open.