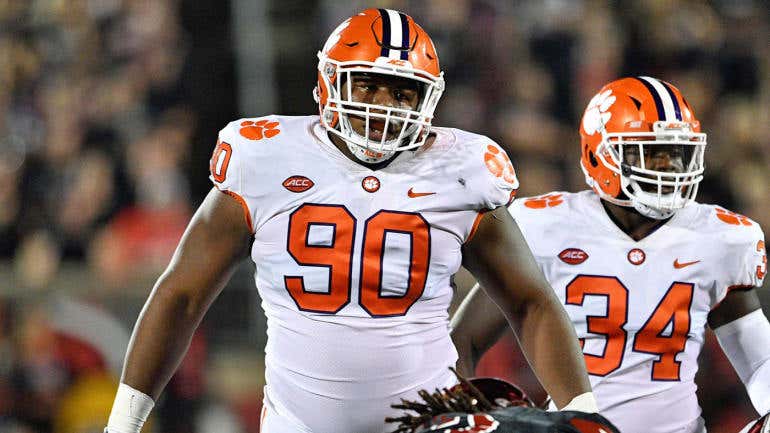 Some big news out of the college football world. We’ll start with Dexter Lawrence, the DT for Clemson who will be playing on Sundays next fall:

Oh, you know, Dabo, the ole prankster! Always telling his players they are suspended for using black market drugs! Gotta love him!

This is a big loss for Clemson, but there is a twist!

Time for an oil switch, boys!

Most of you don’t know what Ostarine is. That’s fine, I have a friend who wants to be in the WWE, so I have an elementary knowledge of Ostarine and will explain. Ostarine is a SARM (Selective Androgen Receptor Modulator). Your douchebag friend who has an Instafit profile has probably used it at some point. Essentially, it’s the JV version of steroids. They will not give you the same results but do not have the same risks involved. The legality of them in America is kind of up in the air, but they are not allowed to be used in any sporting league. They aren’t a magic pill, but they can pack on a serious amount of muscle on somebody in a short period of time.

The B test result will tell more. Sounds as if it was only a sliver of Ostarine, which bodes well for Dexter. Before you call Clemson cheaters, do know that it is possible that these players took a supplement that was mixed up with Ostarine by accident. Supplement companies are shady as hell and although their pre-workout is legal, they may be making SARMs in the same factory (or garage). If they don’t clean their tools properly, it’s possible a bit of Ostarine got mixed up in something like a pre-workout. Dexter takes a pre-workout before a team lift, the compliance officer comes in and tells him they have to take a drug test. Bada bing bada boom he gets busted for a sliver of Ostarine.

Also, if you are a fan of another school, like Sakarlina, and want to virtue signal that your players don’t cheat, here’s a bit of advice: don’t’. I wouldn’t be surprised to hear that 50%+ of college football players take supplements similar to SARMs. That includes your team.

In other news, Alabama also announced a suspension:

Of those players, Deonte Brown is a starter. So, both Alabama and Clemson could be without starters come Saturday.