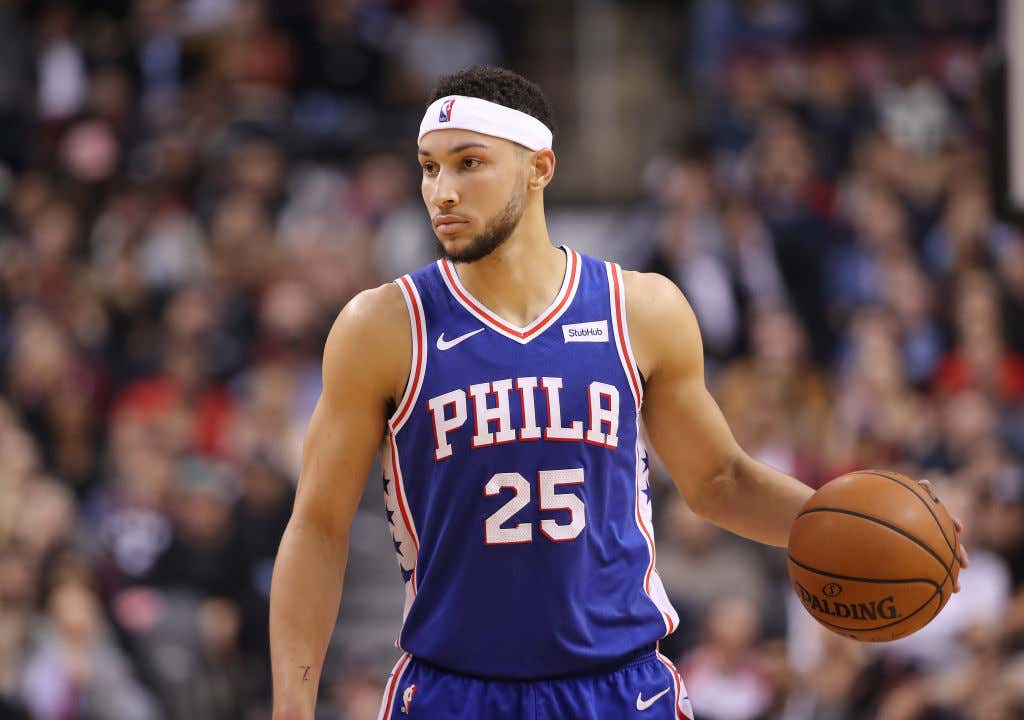 Obviously the “experts” out there will tell you that if there’s one thing Ben Simmons needs to develop to truly become one of the best players in this league, it’s a shot. I’m sure you’ve heard before but Ben Simmons is yet to hit a 3 in the NBA. I’m going to have to check back with a few of my sources on that one but I’m pretty positive that is a correct stat. However, the fact that Ben still can’t shoot doesn’t mean that he’s not developing at the NBA level yet.

If there’s one thing that the NBA excels at over any other major professional sports league, it’s the off-court theatrics. The drama that is involved away from the game. Whether that’s individual players making alliances like they’re in Game of Thrones, or getting nice and cryptic on social media, etc. etc. The drama of the NBA reigns supreme. And now Ben Simmons is starting to really craft his game on social media. Up first there was this comment on a LeBron James post about winning rookie of the year…

Self-aware, a little self-deprecating, flawless execution. That’s a great comment right there from 25. And up next, we have this comment from last night.

Again, the self-deprecating angle is there by even taking the photo with this guy wearing that shirt in the first place. And then not only does he come off as a good sport about it here, but he also launching a ricochet missile at Adidas in the process. Big win for Ben, big win for Nike, huge loss for Adidas.

All I’m saying is that we are starting to see Ben Simmons develop into a multi-faceted athlete here. He can put up a damn near triple-double every night on the floor and then saves his best dunks of the night for the Instagram comments after the game. There’s no defending this guy at the moment. Ever since Jimmy Butler came to town and Ben put on the headband, the man has been a force to reckon with. I sure would hate to have to get your ass eliminated in the playoffs by the Sixers and then have to deal with the wrath of Ben AND Embiid on social media afterwards. Gonna be a lot of butts getting hurt come April/May.