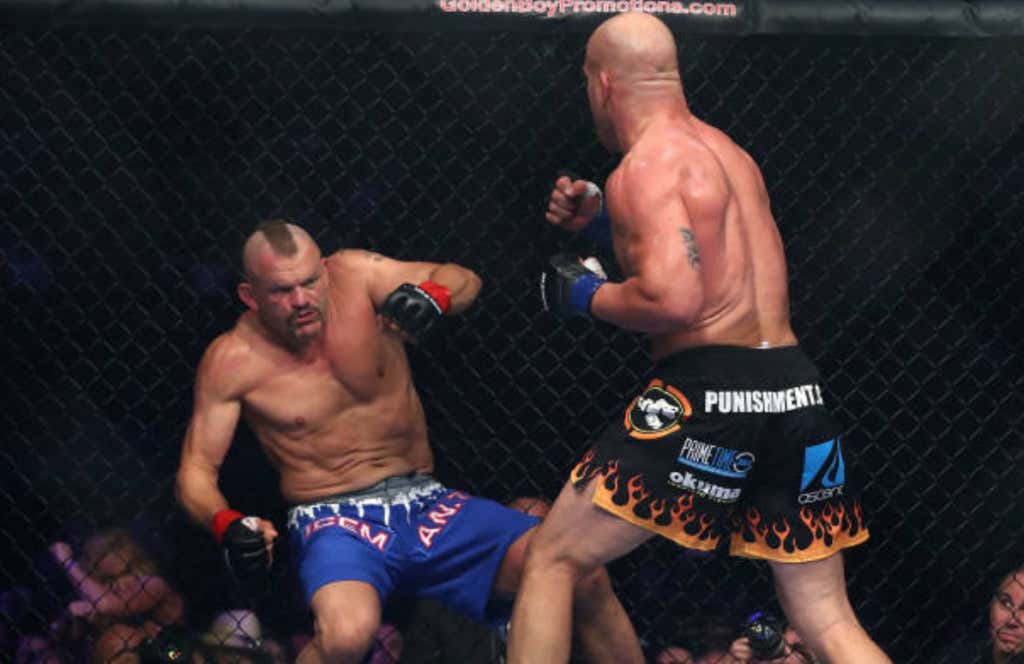 TheMacLife- Oscar De La Hoya’s pre-fight prediction of selling somewhere in the region of 400,000 pay-per-views to last weekend’s much-maligned third bout between Tito Ortiz and Chuck Liddell appears to have been substantially off the mark.

Hey Tito, how many pay-per-view buys do you believe your third fight with Chuck Liddell will do?

What about you, Oscar? As the promoter of this event, how many pay-per-view buys do you believe Liddell/Ortiz will do?