Normally, I would never say such a thing about anyone. I have been fired from multiple Wall Street firms and I can tell you that it’s never any fun. Add to that the fact that I am a family man, and I think that makes what Benedict Gonzales has done these past few days even more despicable.

For those who only know me by my nom de plume, I wasn’t born “Large.” I mean, technically, I was born “large” (13 pounds 3 ounces at birth), but my point is that my given name is actually Mike McCarthy.

Which is something else that bothers me about Liz… This chica constantly talks to me in the office and exclusively refers to me as Large, but then she has the audacity to make a t-shirt demanding my firing, and she does it using my family name… As if to make the nickname seem silly, and also put salt in the open wound she has left in my heart.

I made ONE* joke about Mexicans MONTHS** ago. But after that incident, I apologized to Speedy profusely, and she gave me the impression that all was forgiven.

Then I go by the fucking merchandise room today and I see this damning message of fashion violence. 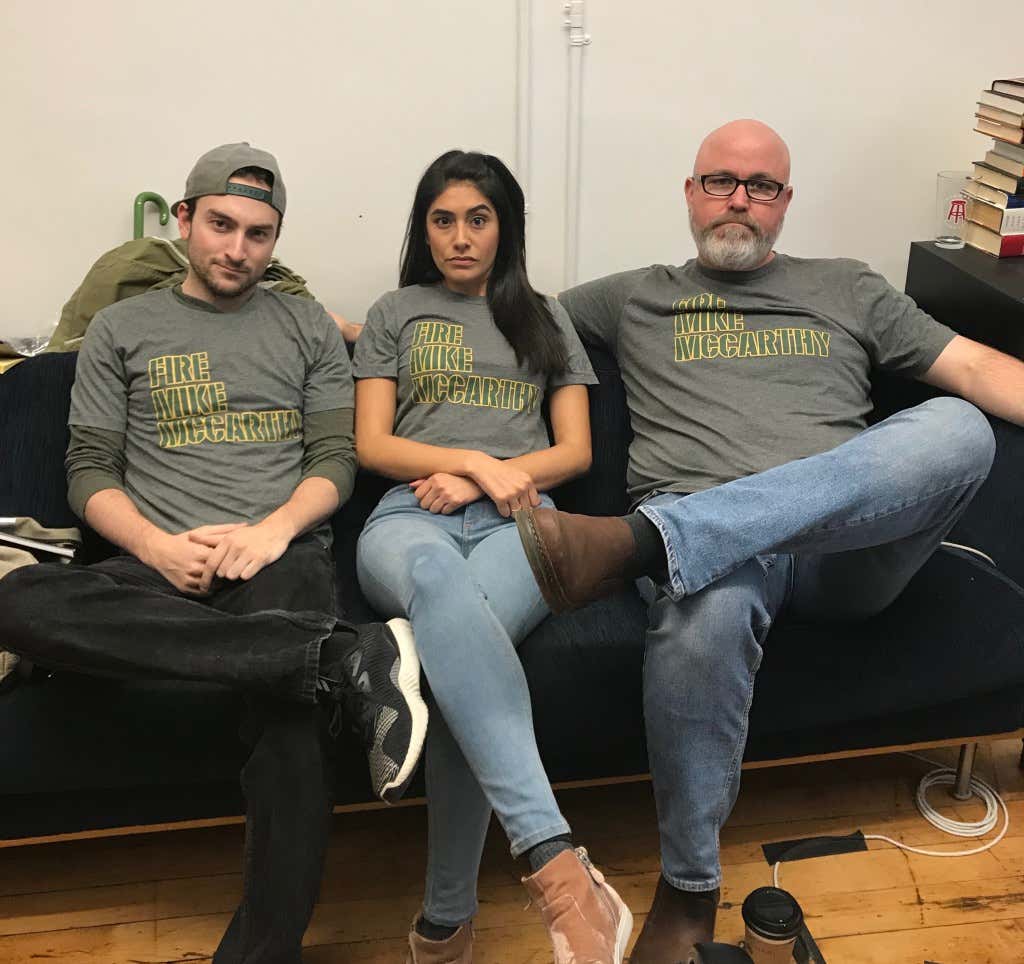 I only agreed to take this picture with her and Hubbs in order to “catch her in the act”, so to speak. To catch her wearing a t-shirt that she herself admitted to designing, and making herself into a tan billboard promoting my professional demise.

I can understand Hubbs’ animosity… He had a rough couple of weeks at the end of baseball season, and his Orange were less than stellar this past weekend in the Bronx, but Liz has no such excuses.

Liz Gonzales is trying to get me fired because of her professional jealousy and sexual tension, and I, for one, won’t fucking stand for this type of abuse.

I urge everyone reading to buy this t-shirt so it doesn’t fall into the wrong hands, and then come on over to my house for a “Liz Gonzales T-Shirt Burning Bonfire” (and by the look of the way the shirt is clinging to my many love handles, I would order one size up).