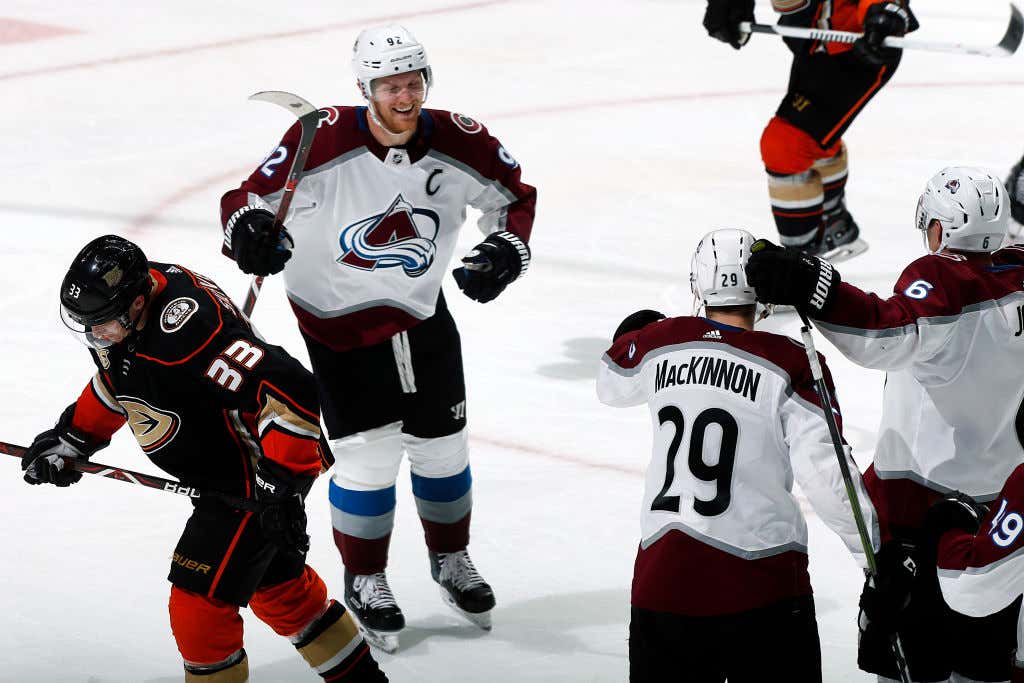 So I have an announcement to make. Due to the fact that the Philadelphia Flyers have made mediocrity their standard and are the most boring team in the NHL to watch, I am officially declaring the Colorado Avalanche as my 2nd team. Everything that is wrong about the Flyers, the Avs are the complete opposite. They never say die. Their star players always lead the way. Their GM isn’t afraid to make trades when necessary. They’re just a really fun team to be a fan of and I’m glad I can now call myself a true fan.

So anyway, Colorado is down 3-1 last night in Anaheim just a few short minutes into the 2nd period. They had scored 2 minutes into the period to tie it up at 1-1. But a minute after that they got scored on, and then a minute after that they got scored on again to make it 3-1. It would be pretty easy at that point to just pack it in and say it just wasn’t your night. But any time you have Nathan MacKinnon and Mikko Rantanen on your team, you could be down by 8 goals and still have a shot. So first up on the comeback trail was MacK Daddy on the powerplay late in the 2nd period.

Assists to Barrie and Rantanen on that goal so there are 2 points for the Landeskog/MacKinnon/Rantanen line. Then we get to the 3rd period, Avs still down by 1, and the top line goes to work.

The goal was awarded to Gabe Landeskog with assists to MacKinnon and Rantanen. So there are another 3 points to the top line to bring their total up to 5 on the night. And if you thought they were done, you were dead wrong. Because in the dying seconds of overtime, we have Mikko Rantanen with the game winner from Nathan MacKinnon and Gabriel Landeskog.

Down 3-1 in the 2nd and the Colorado top line goes on to have 8 points in the final 3 goals for the win. Mikko Rantanen is the first player in the NHL this season to hit 30 points. Nathan MacKinnon is just about there as well with 29 on the year. And Landeskog is along for the ride with 22 himself. 83 points on the year so far for this line and we’re not even at Thanksgiving yet. What a bunch of savages. 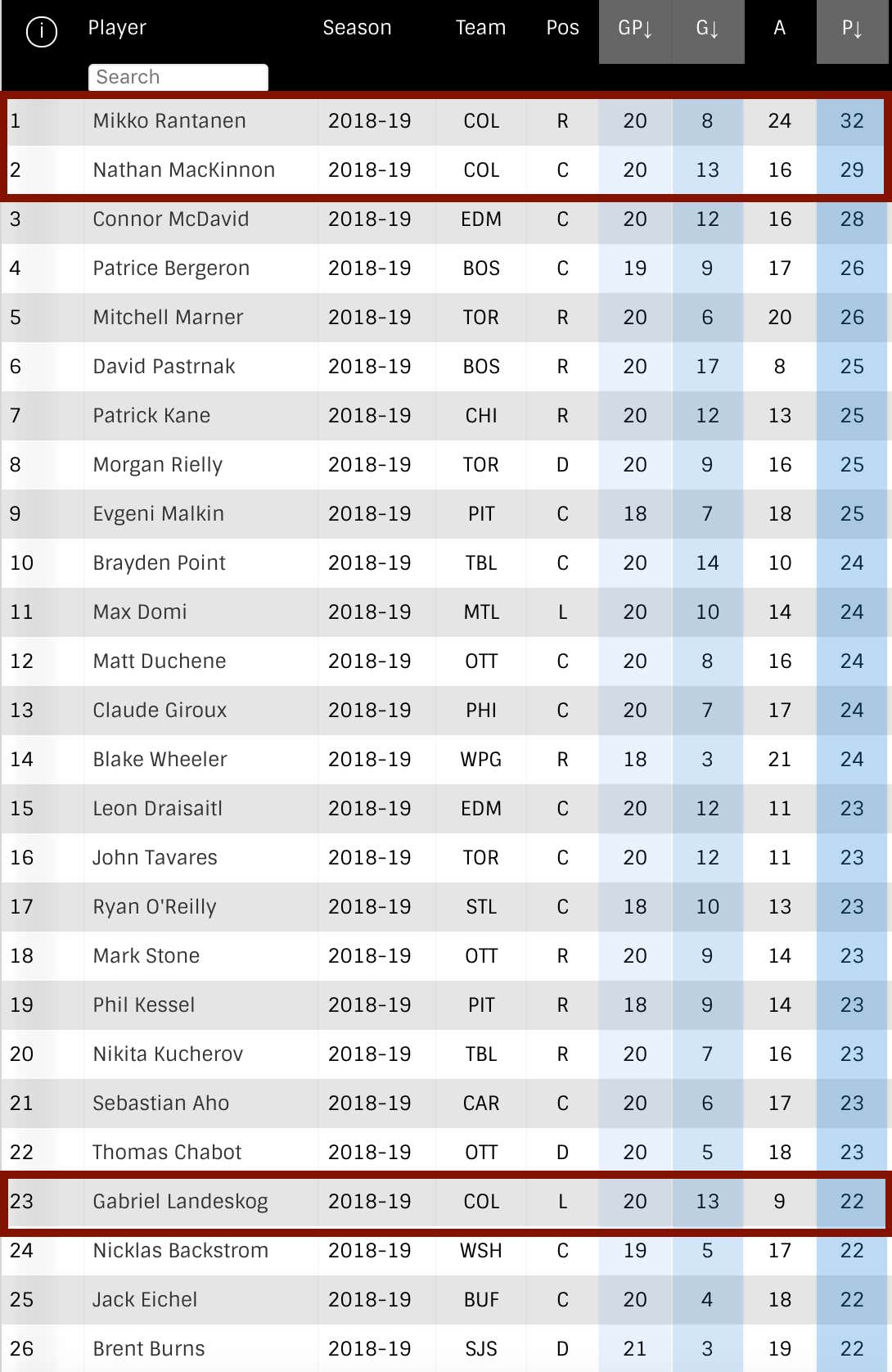 And oh yeah, Landeskog is only 25. MacKinnon is only 23. And Rantanen is only 22. Plus the Avalanche currently have over $11M in cap space to work with. Basically what I’m saying is that if any other disgruntled hockey fans are searching for a new team to latch on to this season, I’d suggest following my lead and rolling with the ‘Lanche. Unless us true die hards can call them the ‘Lanche.