Psychology Today – A pet owner’s worst fear is losing a beloved companion. For those who have experienced this loss, there is usually a poignant story to share about a cherished dog or cat’s passing. From one pet owner to another, we understand the intense pain and emptiness that occurs after this loss. There is no correct way to grieve and work through this process, as everyone walks down a different jour-

You know what’s a hundred times more traumatic than losing a pet? Never even getting the fucking chance to lose a pet, because you grew up in a home that was riddled with severe allergies and health issues, and your hyper-cautious mother and father didn’t allow you to have pets. That nightmare was my reality: an underprivileged little boy raised in a precarious environment by neglectful parents who prohibited most animals (the good ones) from entering his home. And no amount of luxury vacations, Disney trips, expensive toys, daily allowances, or unconditional love could make up for the petless void they so selfishly left in my heart. It was the void that shaped my childhood and affected my entire life:

I was gregarious, charming, and full of life. As the most popular kid in my kindergarten class by an extremely large margin, I couldn’t even begin to relate to the outcasts and losers of the world who had no one show up to their birthday party which coincidentally and conveniently led to their parents getting showered with monetary donations by thousands of strangers. As far as I was concerned, my life was great and my family cared about me.  Sure, I still yearned for a puppy or kitten, but my boundless imagination allowed me to find joy and excitement in pretending my stuffed animals and disabled great grandparents were real pets.

I still had some friends, but I found myself growing increasingly envious and jealous of them for having compassionate parents and pets they could call their own. It made me resent them to the point where I would get frequent and intense urges to violently lash out at them and their families. Nothing crazy, typical boy stuff. I was still a completely normal child who had regular hobbies like collecting baseball cards, playing video games, riding bikes, and dissecting road kill. But, I no longer had the desire or motivation to develop friendships or spend time with peers.

By this point, I was completely withdrawn from all social circles and starting diverting my attention to more unconventional extracurricular activities like torturing and mutilating insects and rodents. Just a boy being a boy. At least one would think, right? My parents and teachers didn’t seem to agree, and the countless mental health professionals that followed only reinforced their beliefs.

“Until one has loved an animal, a part of one’s soul remains unawakened.”—Anatole France

This quote makes so much sense to me now. I didn’t have “problems” or “diagnoses,” my soul just wasn’t awakened yet. My slightly abnormal behaviors as a child could be entirely attributed to nothing more than a dormant soul, and no words from a doctor or DSM-5 could convince me otherwise.

And how could you not trust the words of such a highly respected 19th century poet and novelist like Anatole France? 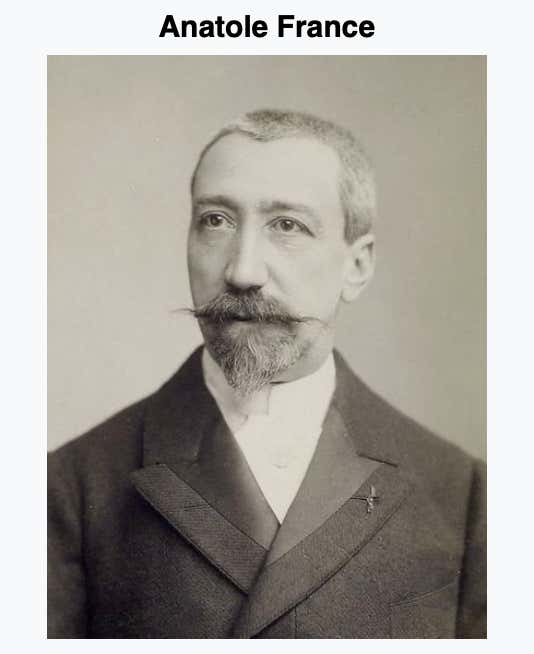 That’s the face of a man who knows exactly what it’s like to fall deeply in love with a Yorkshire Terrier or have a steamy affair with a Saint Bernard.

Fast forward ten years: I was entering my senior year of college and doing better than ever. After three years of being confined to the stringent codes of dormitories and apartments, I was finally moving into my first college house with my best friends—if you’ve been there, you know it’s an indescribable feeling. And on one warm September afternoon, my life changed forever. After a series of unfortunate events (for others), I found myself on the receiving end of a kitten adoption that brought out emotions I didn’t even know I was capable of feeling. I had my first pet ever and I was overjoyed. I named her Piper…like “pipe her” (a sex joke!) and instantly fell in love. For the first time in my life, I had an awakened soul and Anatole France’s words couldn’t even begin to do the feeling justice. We were inseparable, and in between classes, recreational drinking, and sleeping off benders, I dedicated my life to giving her the world.

I spoiled her with warmth: 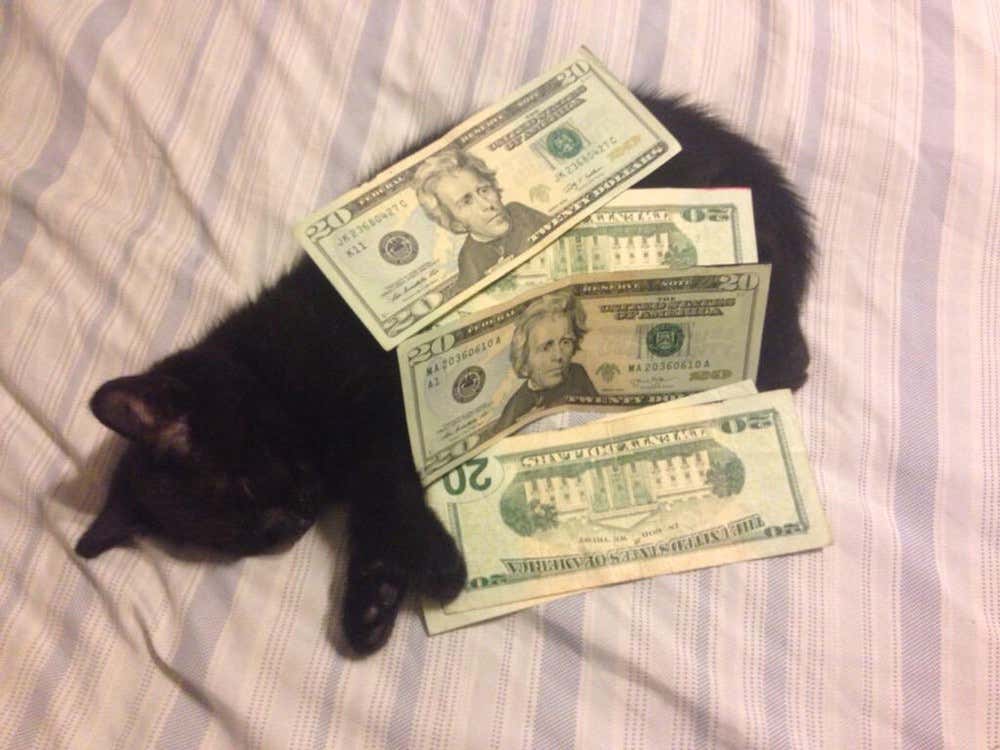 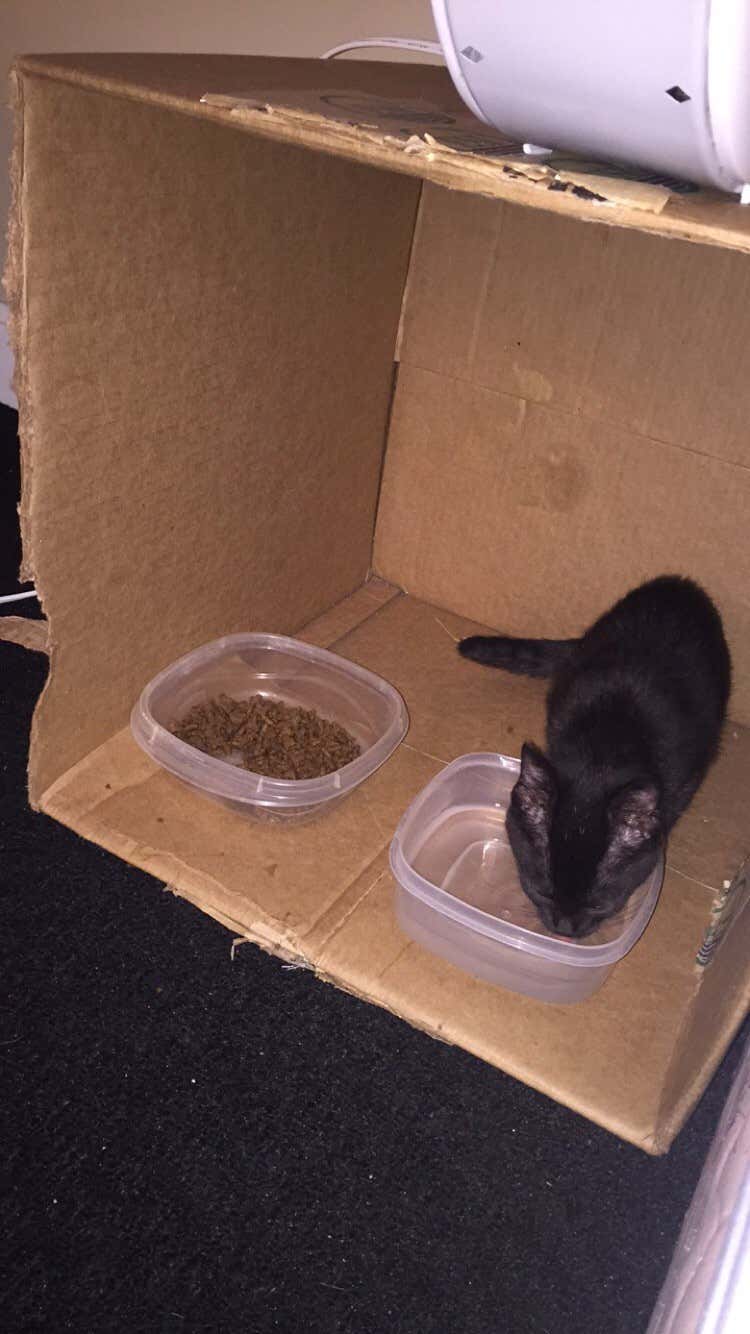 I took her on walks and empowered her to help with tasks, even if she was anatomically incapable of doing them: 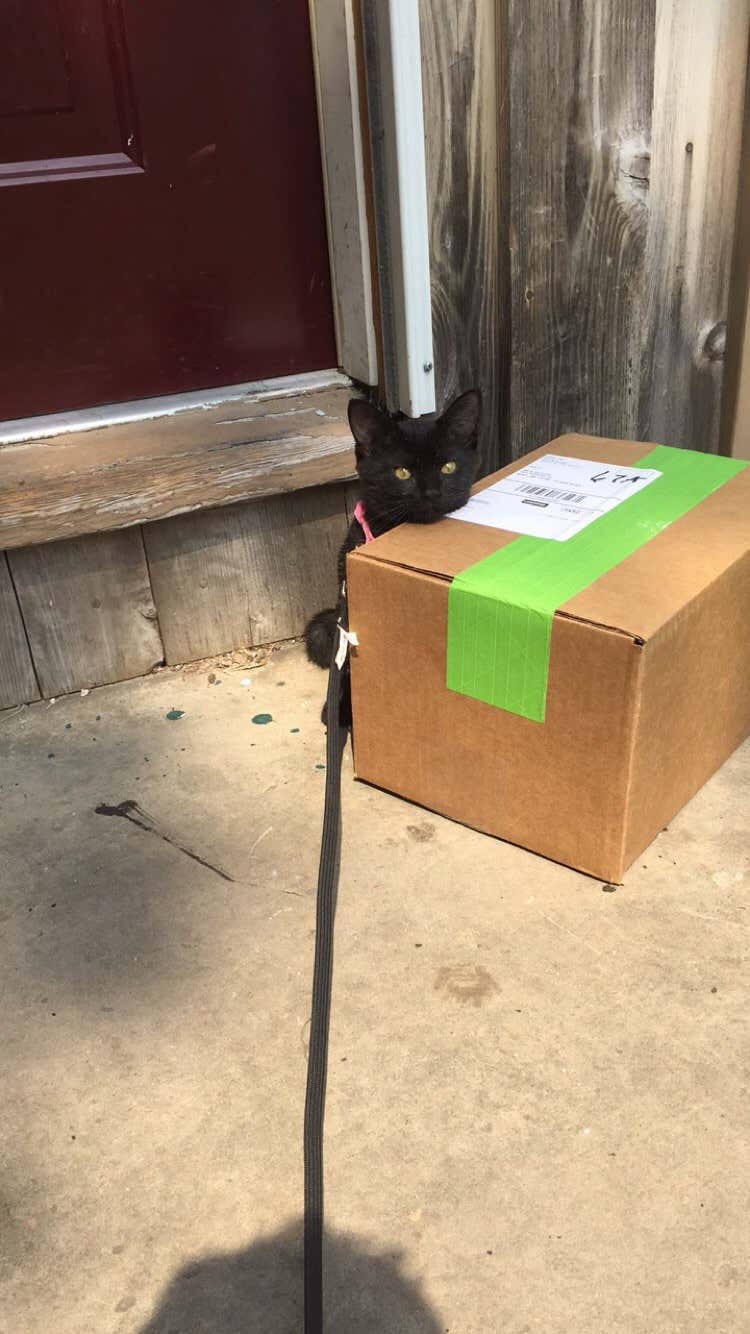 I took her out of her comfort zone and showed her the real world: 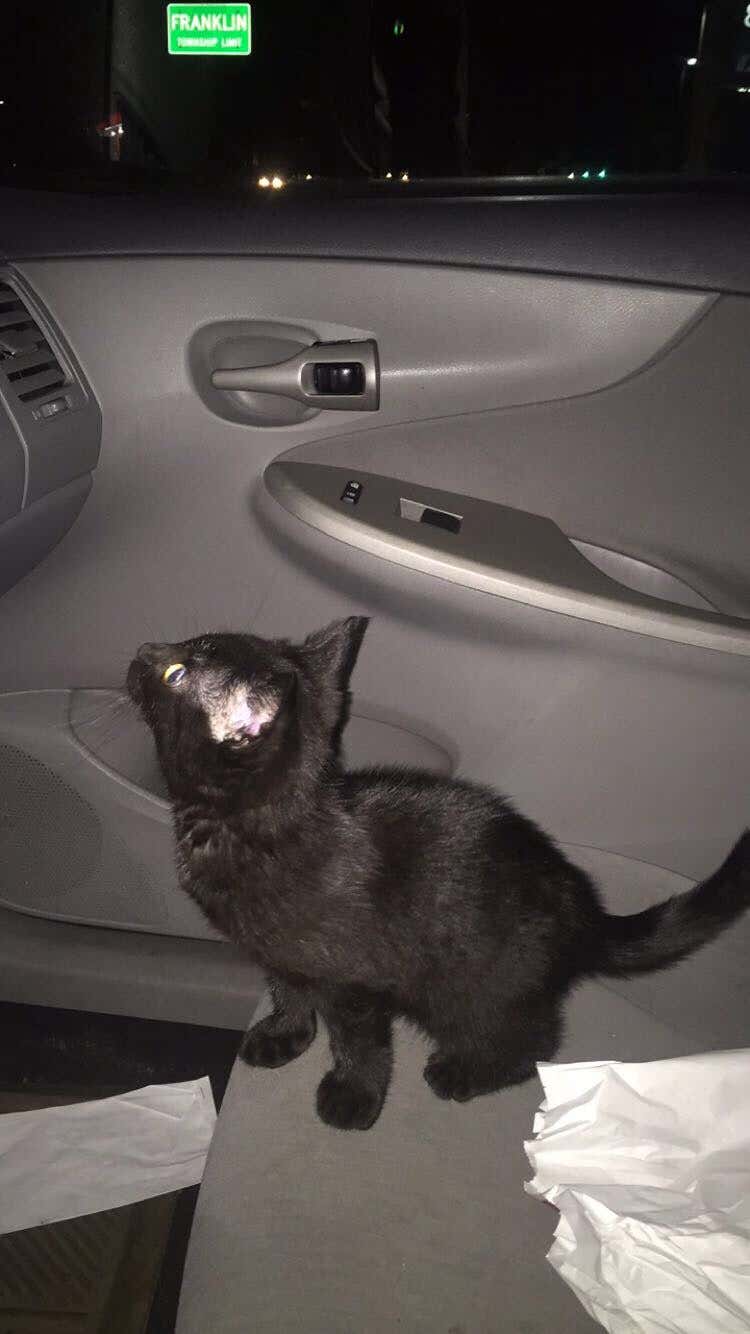 And she looked up to me. I was her God: So you can imagine how devastating it was when she was stripped from me—taken away against my will—by a heartless landlord who felt that the atmosphere of our house wasn’t conducive or “legal” for raising a pet. I guess weekly parties, broken windows, unattended “harmful” beverages, mysterious fluids, bed bugs, and incessantly inebriated tenants was all it took to lose the love of my life. I was broken, lost, and worst of all—haunted by the resurfaced traumas of my petless childhood.

I coped the only way I knew how to cope: by going back to the needle. Any my needle was the “wanted – by owner” subsection of Craigslist. My heroin? The desperation and false hope of someone who wanted something that I, myself couldn’t have.

I started off simple. My first hit gave me a decent rush, but my tolerance was higher than expected, and I needed more. More desperation and more false hope. I was at rock bottom:

“She isn’t missing. She’s at the farm right now.”—Ed Gein After a long search, I finally found what I thought was the perfect victim. And with my adrenaline rushing like Priest Holmes in 2003, I confidently told myself, “this is it, chief.” “Way too much but ok.”—Random Craigslist user After dozens of attempts (the 80 unread texts had nothing to do with popularity), those three conversations were the only ones worth posting.  At the time, deceiving others by pretending to be someone else and inspiring hope by pretending to have something they so deeply desired was one of my favorite hobbies. Nothing crazy, just an adult male being an adult male.

“This is about the thrill of wearing another man’s skin. Feeling his innermost wants and desires and being in control of his every single move. That’s how you get off. Now don’t you guys want to get off with me?”—D.R.