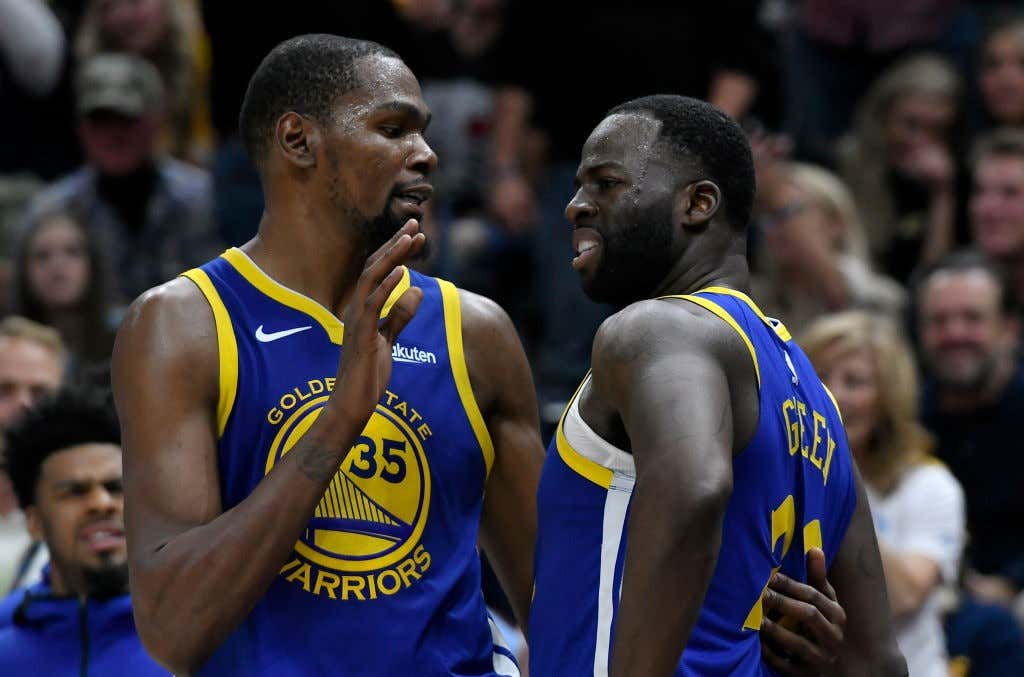 This is why the NBA is great. More and more reports are coming out about the dust up between Kevin Durant and Draymond Green, and in my opinion this is the juiciest nugget. As we know it’s basically impossible to stop this team from winning titles, so the rest of us have been waiting for years for things to start to unravel. I don’t want to overreact here, but we may have our first thread. I know when this all happened last night people were quick to say things like “big deal, this happens all the time with teammates!”, well do we still feel that way? I don’t think anyone would disagree that with the game on the line the play is to give the ball to Durant instead of letting Draymond go coast to coast, but now shit is getting personal. As you can expect Draymond has to make things personal because he makes everything personal, so him challenging Durant about his free agency is pretty hilarious.

The best part about this is they can’t ignore it. They may not want to admit it, but we have a real issue here. In case you weren’t aware, Draymond has this year and next year left on his deal, where next season pays him around $18.5M. I’m not sure there is a huge market for Draymond at that number, so if Durant hates this dude would it shock anyone if he left? I need to know the direct quotes about this free agency too. Was it something like

“You’re leaving anyway so who gives a fuck!”

“The hell should I listen to you for, you aren’t even committed to this team, you chased those rings by coming to US”

I can only hope. What I do know is there’s a crack in their armor for the first time in years. Sure we’ll forget all about this come the Spring, but will Durant? I’m not even positive Draymond knows what he’s doing by acting this way which is what makes it so great. I cannot wait for the reality when Warriors fans officially turn on Draymond and start agreeing with the rest of us. Nobody defends the actions of Draymond more than them, but if he’s the cause of their split oh boy will that be awesome.

In my opinion there’s only one way to solve this. Durant vs Draymond in the next Rough N Rowdy. Easiest no brainer in the history of no brainers.

Loved Celebrity Deathmatch on MTV. That shit needs to find its way back onto my television. Great show.