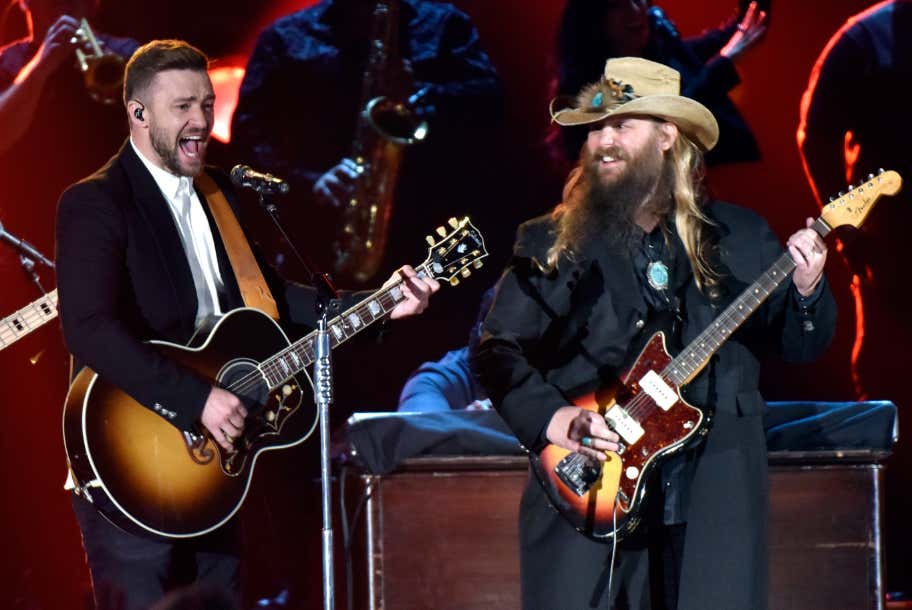 The Lil Wranglers came out and did a 22 point lead square dance on the Pacers. This halftime show looked like Yodel Boy hopped in a matter multiplier while guest starring in a Rick & Morty episode gone expectedly wrong. Look around, cowboys flat out aren’t as cool as they used to be. Even Jerry Jones is having trouble keeping the Dallas Cowboy’s name afloat. I blame Brad Paisley and his Nationwide jingles. 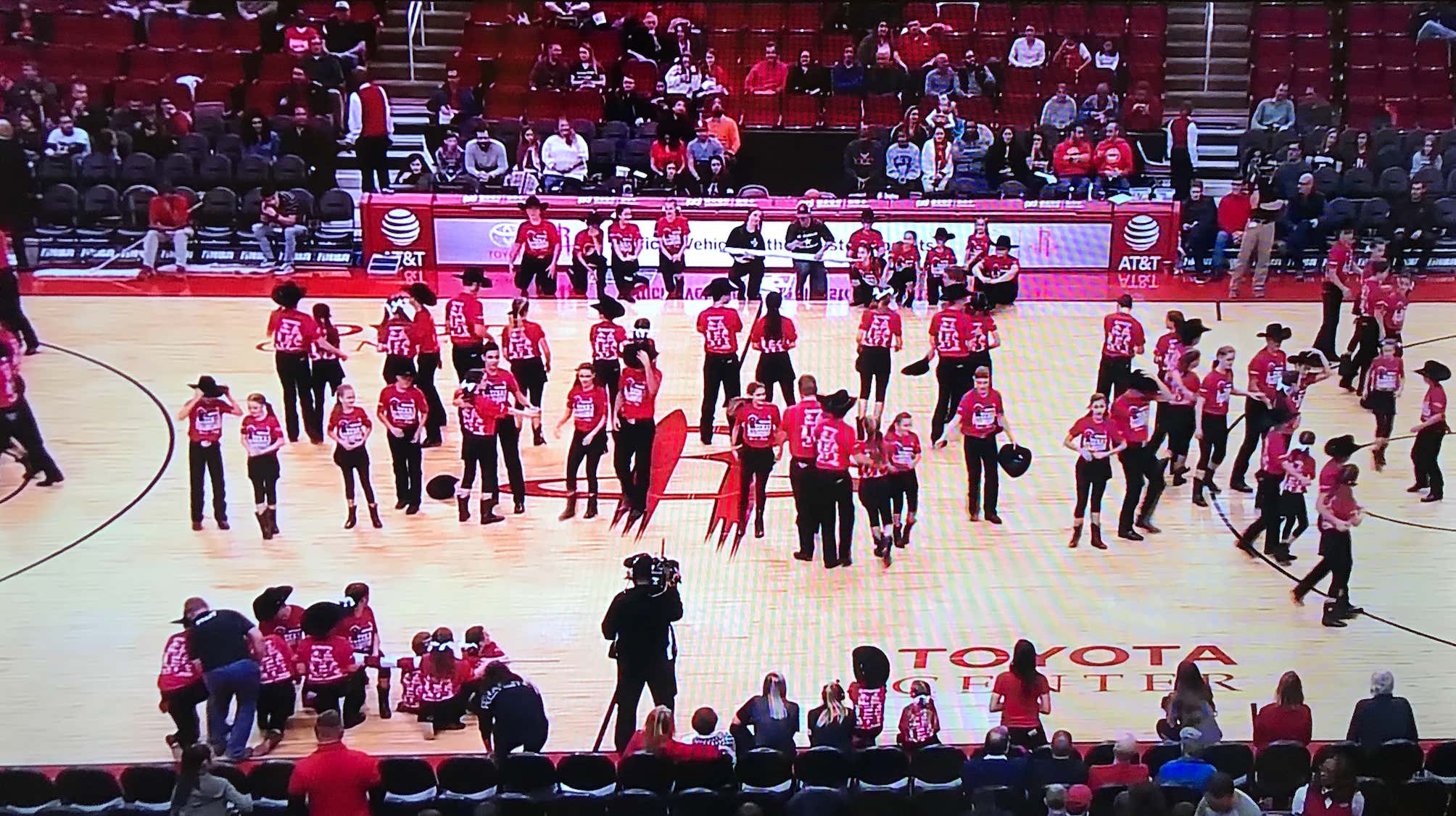 AND while we are blaming country music, I also blame Chris Stapleton. He didn’t show up at the Super Bowl LII halftime show with Justin Timberlake even though I swear I vaguely remember commercials with Stapleton slated for an appearance. Does anyone remember these promos? Is this Mandela Effect? Is this blog quickly becoming a Creed Thought?

The best no pressure halftime show to book is children because no one can be upset with a bunch of kids doing their best. BUT, dress those kids up like a line dancing Marlboro man, and it’s fair game; green light.

Red light. After seeing the upper body strength on these kids I should be careful because they are 100% capable of power bombing me into the hardwood. 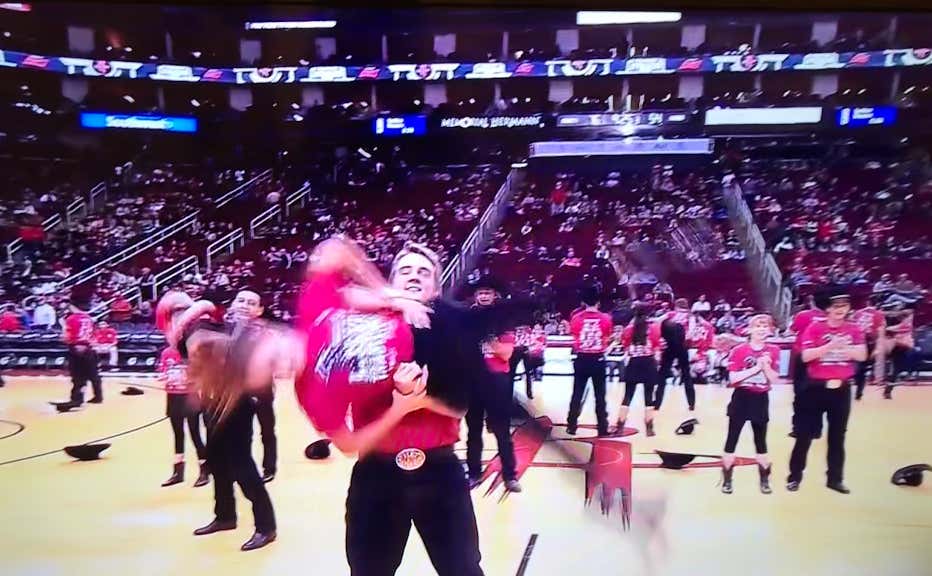 The Lil Wrangers wrapped up their routine with a Happy Veteran’s Day banner. A move you have to respect. Congrats Lil Wranglers.

BUT, I’m bitter. I don’t need a bunch of Sam Elliot wannabe kids busting out the Cotton Eye Joe when my team’s down big at half.

Rating: 2/10 Would not watch this halftime show again.

At the last home game, the Pacers organization celebrated Veteran’s Day by honoring men and women who served, aaaaand Indiana’s local weather girl (pictured below). This was like a bill getting passed on Capitol Hill.  You have the main bill (veterans) which makes sense and everyone is focused on it, then they slip some random addendum (local weather personality) and staple it to the main show. At least that’s what School House Rock taught me. 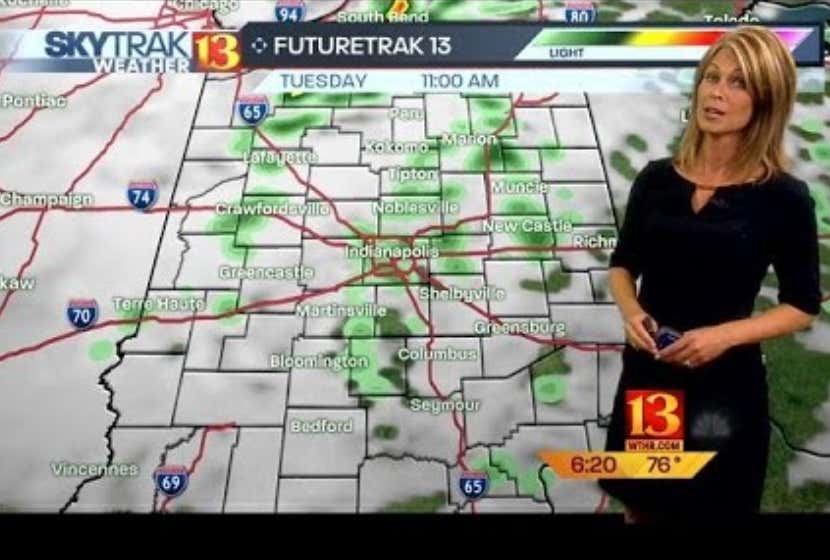 One of my favorite things about going to a new city is checking to see how that city’s local weather girl stacks up to the one I grew up with. It’s a fun game. Indy’s weather girl holds her own, but I’m not interested in a flashy weather girl. I’m into traffic girls. Willing to gut it out, Ride or Die, and most likely a morning person who leaves a pot of coffee on for you when she leaves for her career job in the morning. Mimi Pierce (pictured below) is my kind of girl. I will marry a Traffic Girl. This did kind of turn into a Creed Thought.

This halftime show gets a Rating of  8/10 for stapling the weather girl to the back of the show and not MiMi.

Happy Veteran’s Day to all the Veterans who served including my Grandpa who will never read this, but Go Navy. 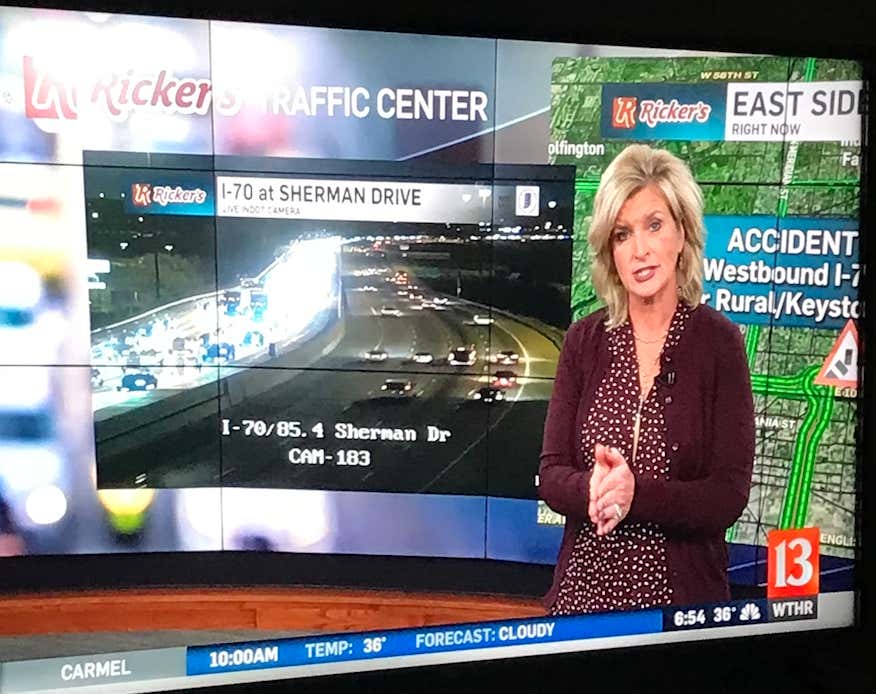 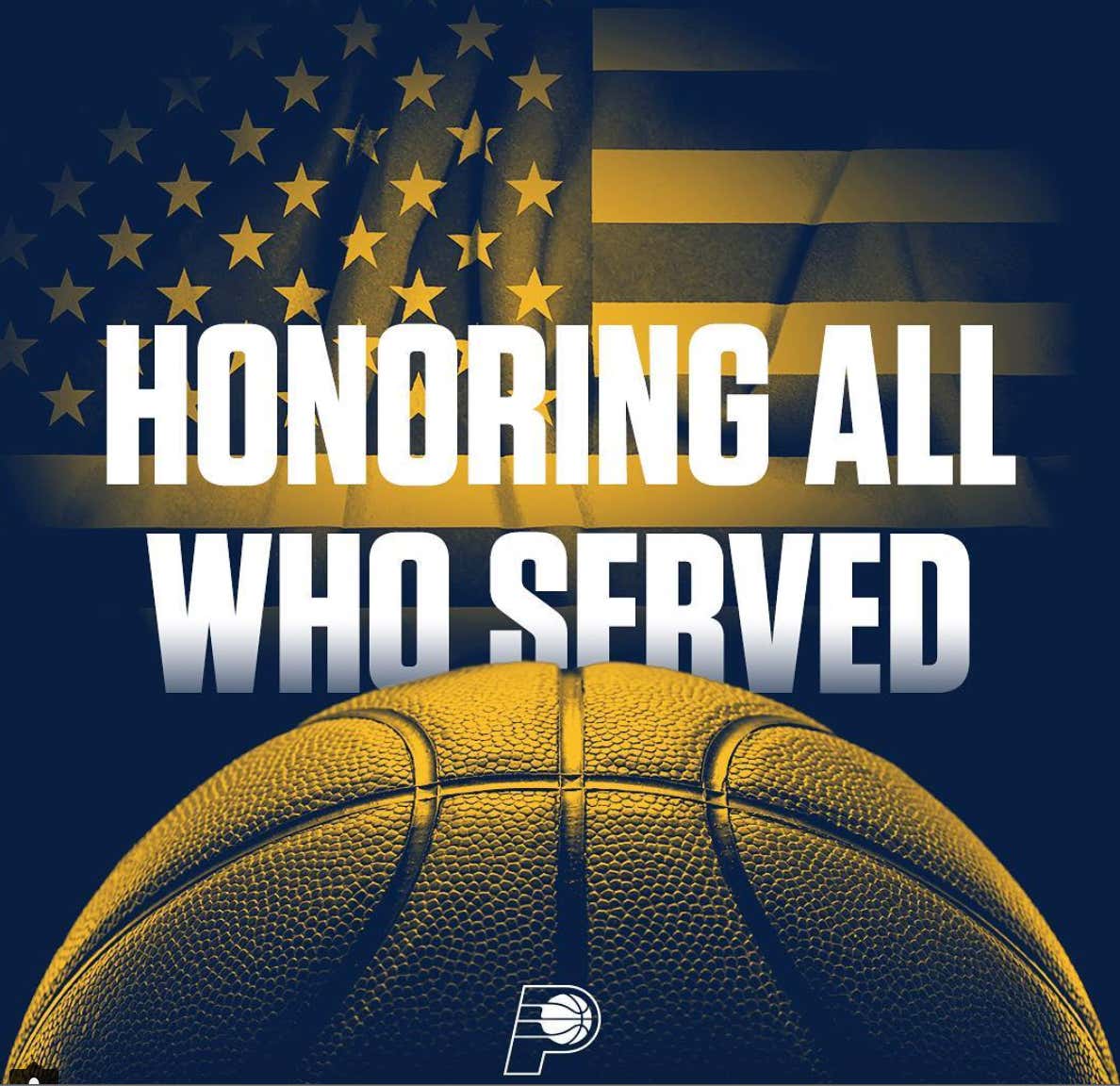