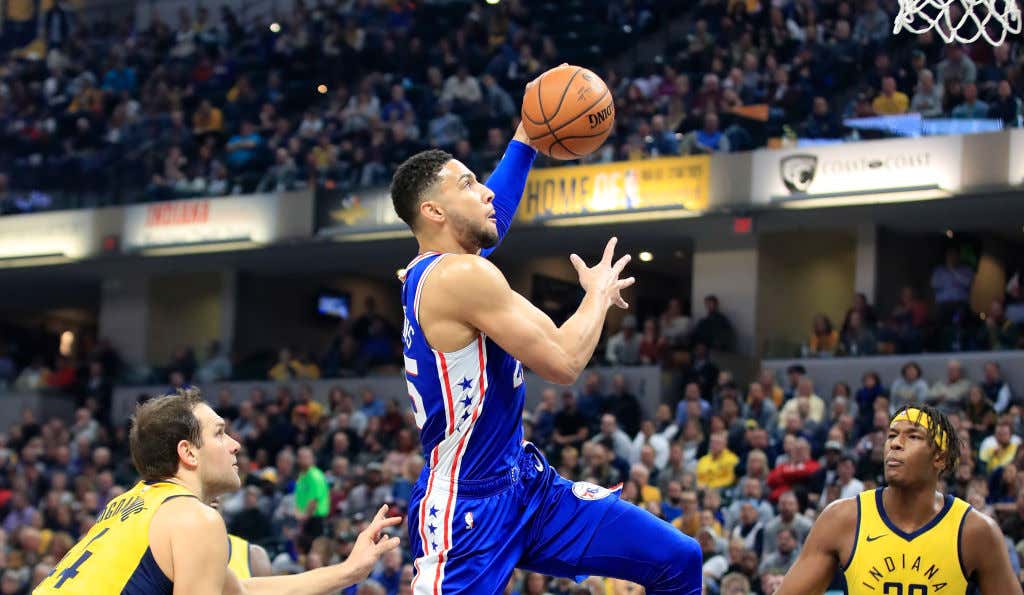 It may have taken awhile but after their 6th attempt, the Philadelphia 76ers Men’s Professional Basketball Team have won a game on the road in the 2018-19 season. Ben Simmons put up 16/10/8. Joel Embiid had 20 and 10 rebounds. Dario Saric had his best night of the season with 18 points. Did Embiid get put on a poster along the way to the 100-94 win? Yeah I guess, but it was a win on the road nevertheless. And now we have to ask ourselves the question–

Does the Philadelphia 76ers learning how to win on the road immediately make them the most dangerous team in the league? Because I think the answer is a resounding ‘yes’, and here is why.

Before last night, I was starting to get a little worried. The Sixers were undefeated at home but also winless on the road. So if you’re thinking ahead to the playoffs, the only way that equation ends with them advancing to the Finals is if they get home court advantage throughout the playoffs. And if you’re only winning your games at home while losing all of them at home, it is going to be quite difficult to build up a record to get you the 1-seed in the East. But as the old saying goes, “a series doesn’t officially start until somebody wins a game on the road”. And now that the Sixers have proven they can do that? Well it doesn’t matter which seed they end up getting because it only takes 1 road win per series to march their way to playing against Golden State in the Finals.

You can lose game 1 on the road. Then you steal game 2, come back home to the Wells Fargo Center and head back out on the road with a 3-1 series win. You can afford to lose game 5 on the road just to make things interesting. But then you bring it back and close out the series in front of the hometown crowd in 6 games. Rinse & repeat. Seems like a pretty simple gameplan to me. Sure, the Sixers may not end up sweeping anybody in the process but when you really think about it, sweeps are bad. The only thing sweeps do is allow your team to get rusty after giving yourself too much time off while the other series are still going on. So in reality, the Sixers are actually doing themselves a favor by dropping a few games on the road. All you need is one, then you continue to win every game ever played at the Wells Fargo Center, and you’re dancing with Steph Curry in the Finals.

Hope everybody got their lasts laughs in while they still could during the first month of the year. The real season starts right now.