Thank the lord!! Head coaches are dropping like flies in Cleveland. And this one was long overdue. I mean he’s 3-36-1 as the head coach of the Cleveland Browns. Anyone know what took so long? Hue definitely doesn’t know. He literally doesn’t know anything. 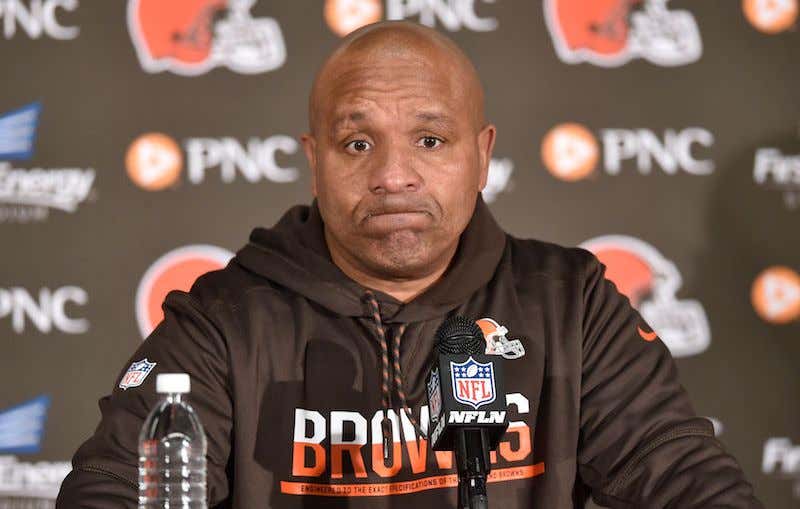 It appears that the 33-18 loss yesterday to the Steelers was the straw that finally broke the camel’s back. Good thing too. Patrick Mahomes and the Chiefs are about to hang 50 on the Browns this week. Hue wouldn’t even be allowed back in the locker room before getting fired after that. Or maybe they’d let him give one last embarrassing press conference. 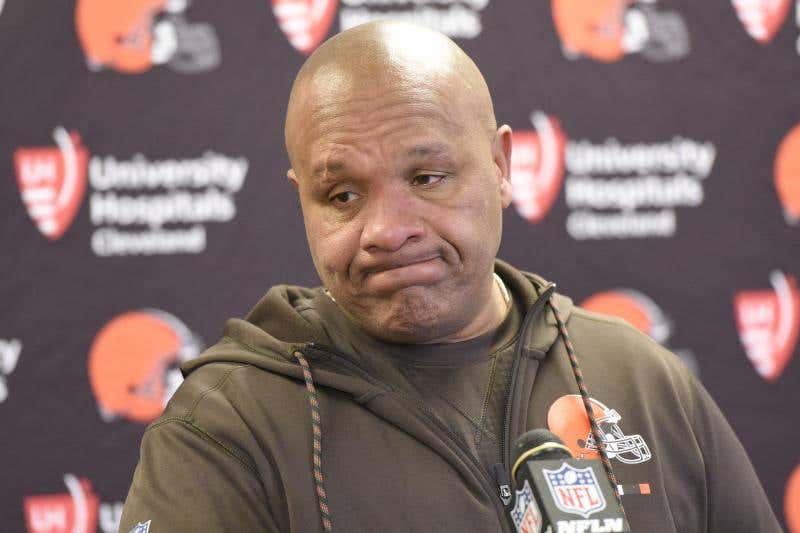 There is no immediate word on who the Browns will name their interim head coach.  Probably Todd Haley right? Give him an 8 game trial period of being the head coach, and then we’ll see what happens next? One thing is for certain, the Browns job is APPEALING. Okay, maybe not. But we have what looks to be a franchise quarterback, what looks to be a stud defensive end, a nice young core, and tons of salary space. Give me Lincoln Riley!!!