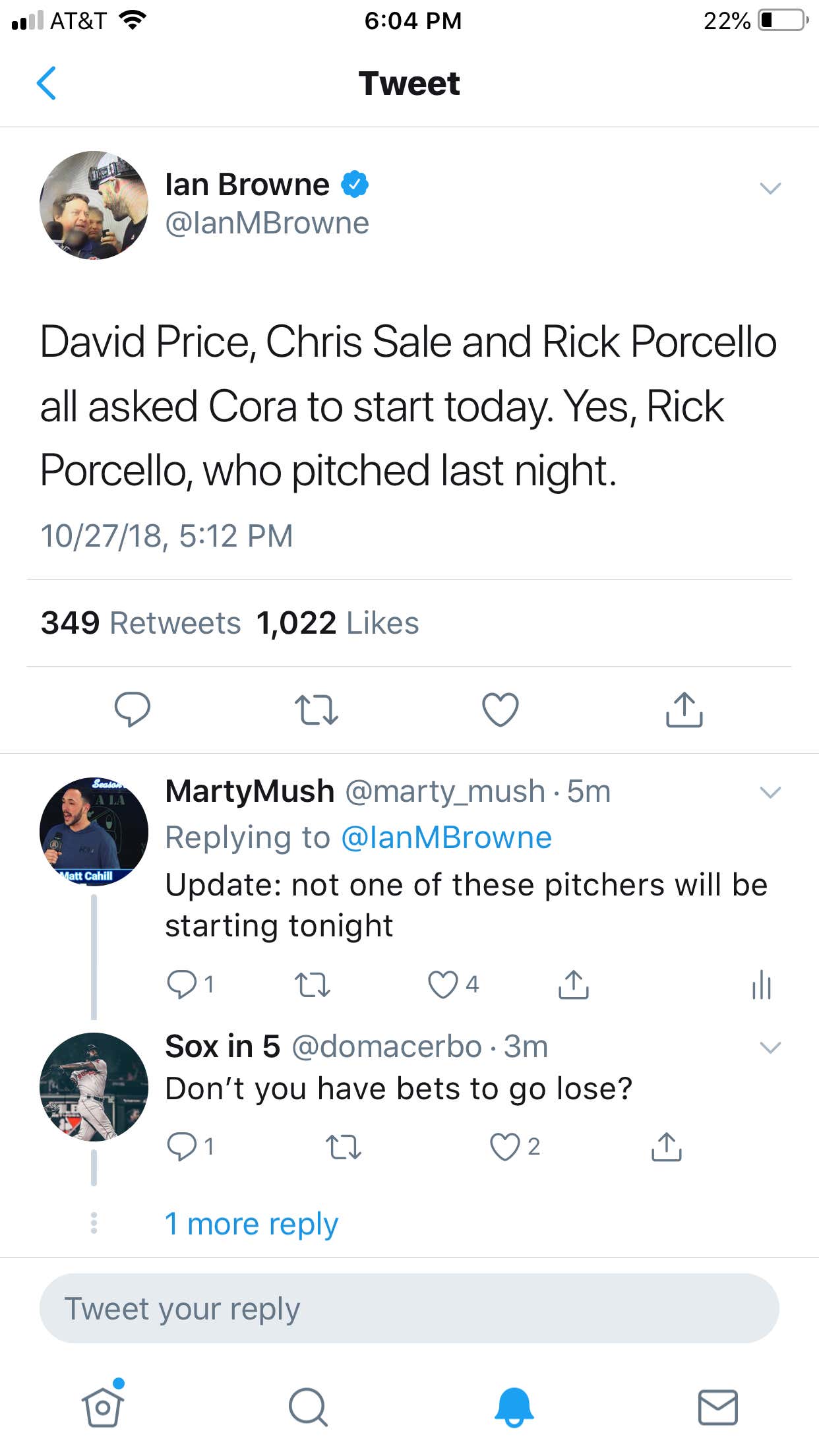 This is getting out of hand. Every Red Sox fan is going on and on that they will run through a wall for these pitchers. I can understand Sale asking to pitch but Porcello? Dude you pitched yesterday, obviously Cora is going to say no and People are going to go crazy that this guy is a real gamer. This is like me asking to win my bets, it is just not going to happen.

The only pitcher I want to hear from is Nathan Evoldi. He had one of the best performances I have ever seen and had his heart ripped out of him in the 18th inning. I have had enough of these pitchers going all hardo and just want the attention. Believe in your guy that you have on the mound tonight and be ready when your number is called.

On that note, tonight’s game is going to be very interesting. Seeing how the players are holding up after that 32 hour game and Whose bullpen will be ready to go. I still think the Sox win the series but it won’t be as easy as everyone is saying it is.